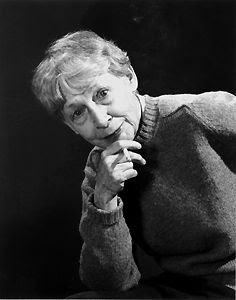 Bluntly cold, bicycling in to work. Hitting State Street, a fat rat gimping along in the half-light, just climbed down out of the hamburger joint’s alley dumpster, spikey-looking with offal-slaked fur. Long weekend of wheedling the Vibe here and there. Reading, in fits between jaunts, Sheila Watson’s short novel, The Double Hook (1959)—“. . . when you fish for glory you catch the darkness too . . . if you hook twice the glory you hook twice the fear . . .” Reading it because I recently noted, in George Bowering’s “dirty dozen” list of “unexpected facts,” this:

I have twice in my life uttered an imprecation and hurled the book I was reading across the room. The second was D. H. Lawrence’s Twilight in Italy. The first was The Double Hook. It had been my first try at reading the book. At the time I was both a fan of naturalism and an ignorant pup. I had a lot to learn, and much of what I have learned in the years since has come from my twenty or so readings of this great work. The Double Hook was the product of a literary mind and imagination that were leagues ahead of any others in the Canada of the late fifties.
Sheila Watson had unusual knowledge and sophisticated opinions about the entire course of international writings, arts and philosophy in the twentieth century. Anyone lucky enough to hear one of her addresses at a conference listened to an elaborate extemporized argument that illuminated the connectives in twentieth century thought and art. Thus the puzzlement and disappointment over the most obvious feature of her career—the long silence after The Double Hook. Her devotees, though, reason that as that novel is the high point of Canadian literature, its 116 pages are the equal to any other writer’s two dozen volumes.
The Double Hook has since its publication been an icon for other writers who do not fit easily into the realist tradition. In fact it makes an appearance in the novels and poems of writers such as Robert Kroetsch, Rudy Wiebe, Michael Ondaatje, bp Nichol and your lucky and obedient servant.

Out of a 2009 pamphlet called The Sheila Watson Archives, by Anna St. Onge (published by Special Collections and Archives of the John M. Kelly Library at the University of St. Michael’s College at the University of Toronto). Therein, too, is pictured a postcard dated 12 November 1990 Bowering mailed to Watson in Nanaimo, British Columbia. Reading: “Dear Sheila— / I have been reading / The Double Hook all day. / Once I sat and typed the / whole thing out. I have / to tell you—that’s one / heck of a book.”

George Saintsbury, quoted by Marianne Moore: “The religion of literature is a sort of Pantheism. You never know when the presence of the Divine may show itself, though you should know where it has shown. And you must never forbid it to show itself, anyhow or anywhere.” And early in The Double Hook:

Still the old lady fished. If the reeds had dried up and the banks folded and crumbled down she would have fished still. If God had come into the valley, come holding out the long finger of salvation, moaning in the darkness, thundering down the gap at the lake head, skimming across the water, drying up the blue signature like blotting-paper, asking where, asking why, defying an answer, she would have thrown her line against the rebuke; she would have caught a piece of mud and looked it over; she would have drawn a line with the barb when the fire of righteousness baked the bottom.

Tenacity against loss. The slow-blooming mythic recovery of “community”—meaning only “a way of continuing”—after complete social disintegration. We go, dead, about our chores, denying. We see what we always see, wanting to see it. (No way to talk about a book one of whose pleasures lies in the taut—pinched—obliquity of its doings, its characters proceeding gesture by gesture.) William, the old lady’s son, who delivers mail:

. . . would try to explain, but he couldn’t. He only felt, but he always felt he knew. He could give half a dozen reasons for anything. When a woman on his route flagged him down with a coat and asked him to bring back a spool of thread from the town below, he’d explain that thread has a hundred uses. When it comes down to it, he’d say, there’s no telling what thread is for. I knew a woman once, he’d say, who used it to sew up her man after he was throwed on a barbed-wire fence.

Or Greta, the old lady’s daughter:

Seeing and not. Glory emergent, uncontrolled and occasional, in the elemental hazardry, the world swinging free on its own untethered fob (“the world floated like a mote in a straight shaft of glory”). Elemental things. William, the explainer, on “where water started” (to wife Ara, who’d sensed “Death rising to the knee. Death rising to the loin . . .”):

It comes gurgling up from inside the hill over beyond the lake. There’s water over and it falls down. There’s water under and it rushes up. The trouble with water is it never rushes at the right time. The creeks dry up and the grass with them. There are men . . . have seen their whole place fade like a cheap shirt. And there’s no way a man can fold it up and bring it in out of the sun. You can save a cabbage plant or a tomato plant with tents of paper if you’ve got the paper, but there’s no human being living can tent a field and pasture.

It seems a strange sort of thing . . . to light another fire on the top of what fire has destroyed. The curious thing about fire . . . is you need it and you fear it at once. Every time a shoe has to be shaped, or the curve of a bit altered, or a belly filled, someone lights a fire. In winter we cry out for the sun, but half the time it’s too hot, the butter melts, the cream sours, the earth crumbles and rises in the dust.

Rather unremittingly skeptical assessments of the societal glue, prosaic as a shrug: “One man is one man and two men or ten men aren’t something else. One board is one board. Nailed together they might be a pig-pen or a hen-house. But I never knew men you could nail together like boards.” And: “Take a man and a woman . . . There’s no word to tell that when they get together in bed they’re still anything but two people.” Individual succor is limited, protective, and hard. Of one boy, Watson writes: “He turned and pulled sleep about him like an empty sack.” A girl notes precisely how “A woman sharpens herself to endure. Since she can be trod on like an egg, she grows herself to stone.” If there’s any redeeming to come, it’s incremental. William again, explaining the “case” of one “Felix Prosper” (who “sits there like the round world all centred in on himself”):

A man who drinks coffee is dependent on something outside himself. But I myself doubt that he’d be much help to a person in trouble. He has troubles of his own if he cared to pick them up, but he lets them lie on another man’s doorstep. He spends all his days lying round like a dog in a strip of sunlight taking warmth where he finds it.

To which a boy replies: “I never heard of a dog brewing himself a pot of coffee . . . The thing about a dog lying in the sunlight is it just lies in the sunlight. Perhaps no living man can do just that.”
Posted by John Latta at 7:33 AM