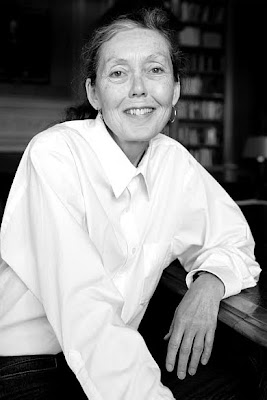 Friday arrives trailing its anticipatory attendants Saturday and Sunday, the heart seeking its unplumbed bender, yea, to be “destraught by sodein chaunce.” In order to waylay the sodden youth within, regale it with mock fancy, inert and incautious rinses of everything protracted, perpetual, mired. (See Clark Coolidge—out of Alien Tatters (2000)—“A neoprene pry-ball was handed to me. And at a neoprene height, mister. If I could put these breaks together I would have to stop thinking.”) Nothing for it—whatever it is—beyond a plausibly aimless and untramelled assembling, random and incompleat. How wondrous the reports fired of a single gun. Catullus, the original:

Louis Zukofsky, out of the 1969 Catullus (Gai Valeri Catulli Veronensis Liber), phonetically (with numerous punches pulled, or leanings abetted, inconsistently mimicking the Latin sounds, slipping between the taut guy-wires of music and speech):

Salvé, next, minimal, poor little nosey,
next below, padded foot, no grace of black eyes,
next longish digitals, next aura, sick o
not synonymous with an elegant tongue,
decocted mistress of a weak Formiani.
In the Province they think—now rate—you a belle?
Take you for Lesbia, compare you to her?
O cycles of fashions, yet the facts hate them!

Horace Gregory, out of The Poems of Catullus (1931), guided by “Ben Jonson, poet and matchless Latinist” and by “Ezra Pound’s Homage to Sextus Propertius” and “stray writings of D. H. Lawrence” (“neither leatherbound Latinists nor scholars in the conventional meanings of those terms”):

Listen, girl: your nose is not too small and
your foot somehow lacks shapeliness, your eyes
are not so bright, your fingers though they should be
are neither long nor graceful, nor can your lips
(mouth dripping) be kissed for love, nor is your speech
soft music.
And this girl is the lady friend
of that debauched citizen Mamurra.
They say that you are lovely (rumours from
the provinces)
comparing you with Lesbia.

The times are bad
and this an ignorant generation.

Sir Richard Burton, out of The Carmina of Gaius Valerius Catullus (1894):

Hail, girl who neither nose of minim size
Owns, nor a pretty foot, nor jetty eyes,
Nor thin long fingers, nor mouth dry of slaver,
Nor yet too graceful tongue of pleasant flavor,
Leman to Formian that rake-a-hell.
What, can the Province boast of thee as belle?
Thee with my Lesbia durst it make compare?
O Age insipid, of all humour bare!

A prose rendering by pornographer and Decadent Leonard Smithers accompanies each Burton Catullus (wife Isabel Burton, addressing Smithers in a letter appended to the edition, notes how Burton’s “notes, which are mostly like pencilled cobwebs, strewn all over his Latin edition, were headed, ‘NEVER SHEW HALF-FINISHED WORK TO WOMEN OR FOOLS.’” And adds—pace Allen Ginsberg—“The reason of this remark was, that in all his writings, his first copy, his first thought, was always the best and the most powerful.”) Smithers:

Hail, O maiden with nose not of the tiniest, with foot lacking shape and eyes lacking darkness, with fingers scant of length, and mouth not dry and tongue scant enough of elegance, chère amie of Formianus the wildling. And thee the province declares to be lovely! With you our Lesbia is to be compared? O generation witless and unmannerly!

Hail, although of nose not neat,
Black of eyes nor trim of feet,
Long of fingers, dry of mouth,
Nor too dainty-tongued, forsooth,
Mistress of no better man
Than a bankrupt Formian.
Does your province not declare you
Beautiful? and even compare you
With my Lesbia? O disgraced
Age, incapable of taste!

Ezra Pound, who says pointblank in “How to Read” (1931) “There is no useful English version of Catullus.” And, in a letter to The Little Review-editor Margaret C. Anderson: “You read Catullus to prevent yourself from being poisoned by the lies of pundits,” adding “you read Propertius to purge yourself of the greasy sediments of lecture courses on ‘American Literature,’ on ‘English Literature from Dryden to Addison,’ you (in extreme cases) read Arnaut Daniel so as not to be over-awed by a local editor who faces you with a condemnation in the phrase ‘paucity of rhyme.’” And, in a letter to Harriet Monroe: “Even Landor turned back from an attempt to translate Catullus. I have failed forty times myself so I do know the matter.” Pound:

All Hail; young lady with a nose
by no means too small,
With a foot unbeautiful,
and with eyes that are not black,
With fingers that are not long, and with a mouth undry,
And with a tongue by no means too elegant,
You are the friend of Formianus, the vendor of cosmetics,
And they call you beautiful in the province,
And you are even compared to Lesbia.

In the aftermath of Pound’s liberties with Propertius, burgeoning freshets of slang and vernacular (soon to go stale). Frank O. Copley, out of Gaius Valerius Catullus: The Complete Poetry (1957), who, ironically enough, points to Catullus’s own taste as being “nearly infallible”:

Hi there, sweetheart!
that nose of yours is not too small
your feet—well, hardly pretty
your eyes—well, hardly snappy
your fingers—not too long
your lips—you wiped your mouth yet?
your tongue—well, shall we say
not the most elegant
aren’t you Dickie-boy’s girl—that chiseler from Formiae?
you mean to say that out in the sticks
they call you pretty?
you mean to say they’ve been comparing you
to Lesbia—my Lesbia?
O what a tasteless witless age!

I recall Pound writing to Harriet Monroe regarding some other Catullus: “Not much Catullus and a lot of muck added.” Anne Carson, who offered a passle of Catullus translations in a 1992 issue of The American Poetry Review with the sly disclaimer “The following bear about the same relation to translation as Francis Bacon’s paintings do to mug shots. He says they are very close”:

Here Catullus compares an unnamed girl to his own love

Concluding aimlessly with the Alien Tatters Coolidge again: “Goofs as part of a tuckered but elegant structure.” Longing to add: C’est moi!
Posted by John Latta at 8:44 AM