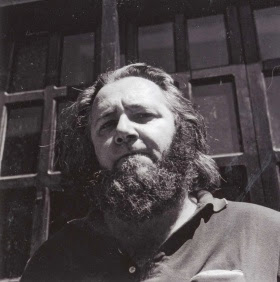 Coldish again. Morning of mooning about unsettled, wan, and particular. Parsing the streets rudiments under the larval light. Paul Cézanne, out of a letter dated “Aix, 8 September 1906”:

Today (it is nearly eleven o’clock) the heat has returned with a vengeance. The air is superheated, without a whiff of a breeze. This temperature only promotes the expansion of metals, the welfare of liquor stores, the joy of beer merchants—whose industry seems to be assuming very respectable proportions in Aix—and the pretensions of our local intellectuals, a bunch of ignoramuses, cretins, and scoundrels.
There may be exceptions, but they are hard to find—modesty always ignores itself. Well, I must tell you that I am becoming, as a painter, more lucid in the presence of nature, but with me, to realize my sensations is always painful. I cannot achieve the intensity that manifests itself to my senses; I do not have the magnificent richness of coloration that animates nature. Here on the bank of the river the motifs multiply; the same thing from a different angle offers a subject of study of great interest, and so varied that I could keep busy for months without changing places simply by leaning sometimes to the right and sometimes to the left . . .

Recalling Ted Berrigan’s singular frieze of uneschewed repeatables in The Sonnets (1964). The amassing of a variety of motifs in the recycling of single lines, their changing placement. One way to cover the waterfront:

Harum-scarum haze on the Pollock streets
Where Snow White sleeps among the silent dwarfs
The fleet drifts in on an angry tidal wave
Or on the vast salt deserts of America
Drifts of Johann Strauss
A boy first sought in Tucson Arizona
The withering weathers of
Melodic signs of Arabic adventure
Of polytonic breezes gathering in the gathering winds . . .
“XIX”

Harum-scarum haze on the Pollock streets
The fleet drifts in on an angry tidal wave
Drifts of Johann Strauss
The withering weather of
Of polytonic breezes gathering in the gathering winds
Of a plush palace shimmering velvet red
In the trembling afternoon
A dark trance
The cherrywood romances of rainy cobblestones . . .
“XLVI”

A democratic nonchalance to the haphazardry: declaring equal both the tree that “stands alone in stillness / to gentle, pleasant strains” and the “polytonic breezes gathering in the gathering winds.” Berrigan’s own assessment (talking with Anne Waldman in Boulder, 1 August 1978, out of the 1991 Nice to See You: Homage to Ted Berrigan):

I want to make the poems have shape, be shapely. I also want to make them have some tactile quality. My technical achievement in The Sonnets was to conceive the sonnet as fourteen units of one line each. I don’t think it had been done that way much before. I don’t think it had been broken down much more than into couplets, so I had a lot more variables to work with and a lot more possibilities of structures. It was just like cubism. I was totally influenced by what my take on cubism was. Take all those planes, put them flat up like this, and they’re different. They go this way and then they don’t. They turn into optical illusions. They don’t go, but you can make them go, you can will them to go, but they don’t go just when you look at them. I don’t like the kind of reality that when you look at everything, it changes. I like to hold it . . . .

(Odd swerve of seeming anxiety about the slipperiness of the processual at the end . . .) Too, there’s Berrigan talking to Ralph Hawkins (c. 1974) in Talking in Tranquility:

I was looking at the paintings of Juan Gris a lot before and during the time I was writing The Sonnets, and I thought I was being very much influenced by him. I didn’t formulate like any ideas in any articulate sense that he was doing such and such and that I would do that too. I read books about Cubism and everyone was talking about how painting had come out of Cubism since Cubism and so on, that sounded very interesting to me. I liked that idea that you could like look in one place and see where everything had come from since then. But it proved not to be an accurate idea in fact, though an interesting one, a useful one, as de Kooning says “any idea is a good idea.”

Berrigan’s references to Gris in The Sonnets: “a postcard of Juan Gris       not a word” (“XXV”); “A postcard of Juan Gris” (“XLIX” and “LVII”); “I read birthday book / (from Joe) on Juan Gris real name José Vittoriano / Gonzáles” (“LXXVI”); “Seurat and Juan Gris combine this season” (“LXXV” and “LXXVIII”). Of note, too: lines out of Donna Dennis’s “Excerpts from Journals” (Nice to See You):

2/26/70
Tuesday night, Ted wasn’t in the apartment when I got home, but later he came in and said he’d waited for me to come home after work but when I hadn’t, he’d gone out (played pool with Jim Carroll and taken heroin and gotten sick). But I thought it was great he’d waited for me. He asked me what I’d done at the loft and I said I was reading about Cubism. And then he said he’d been thinking we’d had a great conversation about art the other night (Sunday) when he’d asked me if I’d thought of myself in relation to Cubism. Then he told me how he’d made a great study of Cubism and how The Sonnets were Cubistic. He told me about some of the books he’d read about Cubism, said the Skira book was pretty good and that Daniel-Henry Kahnweiler had written a really wonderful book about Juan Gris. And then we went on to talk about his works and my works and our ways of working—natural symbolism, “exhausting poetics” in any one series and other things. It was a great talk . . .

(And, under “2/23/70”: “Ted says every major artist since Cubism has been aware of Cubism and considered it in his works.” And: “Ted asked me if I ever worked with confusion (like say, de Kooning). I said no, I always had to have thought through that and had to know, when I started a work, what I wanted. (I suspect this is because of my limited technique, partly.) He suggested one way to work (he said it was more real life—which sounds right) was to show the confusion stage arriving at order.”)

(The whoa boy upshot: my recalling Berrigan’s “Cubist” Sonnets out of Cézanne’s lines about painting “the same thing from a different angle” is probably largely a measure of just how close Cézanne is to Cubism. Berrigan seemingly never mentions Cézanne at all.)
Posted by John Latta at 7:16 AM