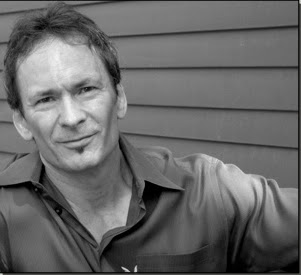 Out of the new House Organ (Number 80), edited by Kenneth Warren, a piece by Antler:

So Far, So Good

Isn’t that, in its impenitent and “primitive” (I am thinking of old diagrams of the mechanics of seeing) inserting of the human beast into the world, sprawl and percipience of the world into the human, in its joyous offhand commingling “ecological”? Reading, of late, the recent Forrest Gander and John Kinsella collaboratory Redstart: An Ecological Poetics (University of Iowa Press, 2012). Reading in pieces, increment accompanying flurry, skepticism vying with lovely bewilderment (Dr. Johnson’s bewilder: “To lose in pathless places; to confound for want of a plain road”). Gander to Kinsella in “A Note on the Collaborative Process,” printed as postface, read (by me) as preface: “I love your projected title, Redstart. Love what you did with the introductory essay, your avoidance of any sort of academic or logically determined sentencing in favor of a subjective and all the more incisive and dazzling (and historical) syntactical flocking. Like a tornado of dickcissels rising out of a field.” I am, reading Redstart, its poems and essays, hardly certain of what an ecological poetics is, or should be: here, happily, is a point of alignment with Gander and Kinsella. Pervading doubt, temporary provisos the book’s means of proceeding. Some untitled lines by Gander (that obligingly align with the cosmic porosity of the Antler piece):

Kinsella’s reply, adjacent (and untitled, too), drags out seaward into the relentless “chop and change” in a selfless merger of particulars, grand leveling and dispersal:

Ha! Like the Indian and Southern oceans
in their crosscurrent slapdash exfoliant grinding
meet, their chop and change, undertow and underdrag,
stone testament and rack-and-pinion wrestling
of the eddies and flurries, waterwheels
and propellers, screws and sails
twirled to windsocks, they tack the flow
out to the straight and narrow, tickle
hatches of periwinkles, trawl
beaks of barnacles By the river today,
the Swan choking on algal boom, nutrient
double dip, city’s cistern,
down from inland, up from sea mouth,
memory and out-of-body wiring
take me there—that’s south of here,
a couple of hundred miles, south
to where the oceans meet, where waves
pluck pink out of porphyry

Call and response. A way of mitigating agency, of putting the singular “I” temporarily to rout. Is that an ecological poetics? Gander, later in the sequence, worrying the self’s eternal return:

Unsprung the
crab-spider rushes
self returning to itself
over the lip of hibiscus
petal all detail
and anticipatory
to bite the bumblebee at
the nape of its pollen-speckled
black neck subject and
event so suddenly conjoined
the stinger pulses in
my finger: no mercy
but frankness which makes
now visible and gives
it durance clods of jetted
soil clump in
ploughed troughs
against crabbed and
broken stalks
where I walk
my breath one
rhythm among
others I am
depleted and desolate
in the autistic twilight
self returning to obsessive
self dog to its vomit.

Self as crab-spider and bumblebee, self as dog and its vomit. No answers here (though dollops of that “frankness which makes / now visible and gives / it durance”—it may be that therein is all any individual is capable of—that ferocious—because knowing—attending.) Out of the “Prefatory Note,” paragraphs succeeding by turns, countering incipient ideological severity with particularity, vagaries of unanchored particularity with more militant condemnatory calls:

Why does “the land” have to give something back to the writer? Why do we need to imagine, manufacture, or “experience” some kind of bridge between self and “wild” to give purpose to writing the land?

A history that precedes me. A cultural and natural history that I intuit only partially. Nevertheless, it educates my senses, even my sense of formal possibilities.

This disease of Western subjectivity—this defense of the natural world because it has so much to give us, grant us, return to us, reward us, or affirm us—is the final sliver of aesthetics that would guarantee the hobbling and dilution of any poetic resistance to the killing of the land itself.

Metamorphosed from mica-rich shale, a billion-year-old spine of schist runs from Henry Hudson Bridge to Battery Park in New York City. Where it dips around Washington Square, it has filled in with glacial till, which makes that area a bad bet for anchoring skyscrapers.

But it is hypocrisy to use indigenous knowledge, to co-opt it, as a way of affirming one’s own connection to the place that one has directly or indirectly helped oust indigenous people/s from anyway. This is not to say that one can’t or shouldn’t refer to indigenous knowledges, that they won’t necessarily become a positive part of a nonindigenous discourse, but rather that so often it’s a veneer of connection and respect hijacked to validate one’s own presence and disturbance of land.

What we encounter are translations of our own fables of anguish, ardor, and asseveration. But these translations take place only through obliteration of the originals. Thus the agony in our postures. Bodies breaking under the weight of epiphany.

I suspect Gander is correct when he refuses to propose any model for an ecological poetics—“Compost seems to me no more a model of nature than geometrical symmetry (the housefly’s eye) or strict mathematical progression (the Fibonacci number sequence).” He quotes Cézanne’s remark to Gasquet—“Nature is on the inside”—thus refusing the othering of the natural world. In a terrific essay called “The Carboniferous and Ecopoetics” Gander deftly intertwines the cultural and the natural in a short history of the geologic period that formed the world’s coal beds. Lovely jointures: “Aquatic insects begin leaping from the water to escape fish. In some, the gill plates take on the quality of wings. (Donde una puerta se cierra, otra se abre, Cervantes writes: where one door closes, another opens.)” And:

Below, in the umbratile interval between one step and another, a tetrapod resembling a large newt freezes and blinks into the sound of the world, the chirp and whirr of insects and the high frequency mutter of its own species. Fronds brush fronds in a light breeze. (And what, eons later, does the Kreutzer Sonata, which Tolstoy will deem dangerous for its capacity to arouse erotic feelings, what does that music have over this sound?) The animal blinks again, its hydraulic limbs holding it above smudged tracks that mark where others of its kind mated, their mouths popping, cheek muscles bulging. Five tumescent digits on each foot channel ground vibrations into neural impulses. It takes stock and goes on. (“I am still alive then. That may come in useful,” Beckett’s Molloy quips.)

Later, in the coal mining era: “Jimmie Rodgers records ‘The Singing Brakeman.’” And later still, meaning now: “CO2 in the air, its density increasing 200 times faster than ever before, captures reflected heat and holds it to the face of the planet like a pillow.” The essay ends with a small flange of possibility: “A poem, even excavated from its context and the time of its writing, is a curiously renewable form of energy. It’s hard to be sure whether it is from the future or the past that the poet Henry Vaughan writes: ‘They are all gone into the world of light / And I alone sit ling’ring here.’”
Posted by John Latta at 6:38 AM