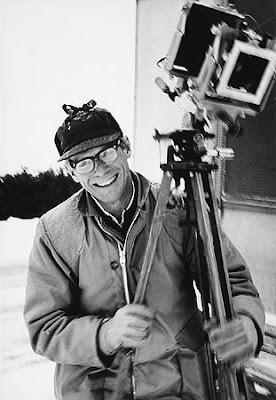 Under the onslaught of an anarchic flurry of breezes, aimless and particular, sun the color of milk leaks through the cloud-hangings. End of day. The right pertinacity of mayhem’s spry triggering of the revelatory gust. Seeing’s initial illimitable, the sheer blow of its bright namelessness, there in the chance molecular bump and grind. Fairfield Porter, out of a 10 December 1959 letter to Eliot Porter, photographer (and brother):

What color photography has that painting does not, is that it seems to have no laws—no laws are followed, but still everything by itself is ever so much more orderly than lawful art can achieve. It says that surrender and anarchy, if followed with the greatest scrupulousness, is safer that the carefullest government; that things are best taken care of by not trying. . . . It seems to mean that by the greatest attentiveness and by nothing else at all, you can discover that everything is the way it has to be. There is no improvement thinkable.

Apprehension by way negation, order’s fine savourable tumult in a prelapsarian—and prelingual (if one jockeys the metaphorical “tongue . . . furred with the slime of creatures”) state. Fairfield Porter begins the essay “The Immediacy of Experience” (1960) thus:

Hölderlin’s poem, Nature and Art, characterizes the Golden Age as a time when the ruler of heaven and earth “uttered no command, and still not / One of the mortals by name had named him.” (Vernon Watkins’ translation.) In the Saturnian age the world appeared new: things had no names, there was no past or future, all concepts were unconscious, and all order. . . .

That “namelessness”—the unmediated soak of the world—is what Porter claims for photography (and, oddly enough, poetry): “An expression of the immediacy of experience—for what else is the namelessness of everything—is proper to poetry and natural to photography.” (See, too, Porter’s insisting that “Drawing and painting have a language, but literature and photography are language.”) As if it’s only in the antic excess and moot failure of naming that art matches nature. (Porter, talking in the 1959 letter to Eliot Porter about the color of “a weathered board” in one of Porter’s photographs: “grey . . . which turns out to be a sort of hesitant lavender, as though the camera broke down; as though grey did not exist and there is an attempt to find an inept substitute.”) And, of a photograph of trees in the snow:

All those twigs don’t have any disorder in them, but in their perfect distinctness, and because of it, and because nothing is left out, without trying at all, they are demonstrated to be more “designed” than an artist or scientist could ever see; and they have more variety. It disproves that nature is chaotic and art orderly. Art does establish an order; but this shows that the order of art is limited.

At the end of “The Immediacy of Experience” Porter writes:

Photography is nature,* and so critics have thought it was not art. But if these photographs did not show you what they did, you would never have been able to discover it. The golden age of the child’s omnipotence is succeeded by the Jovian world of adults and of art. Adults classify, generalize and ignore. But the ability to distinguish comes first. Can we as adults be sure that we see more deeply, through art, than the photographer who pretends to do nothing but pay the closest possible attention to everything? He distinguishes endlessly and he dares not ignore. What does love come from if not just this scrupulous respect and close attention? The trouble with art is that, in choosing, the artist ignores. The trouble with the realistic artist is that he is indirect, and between himself and his experience he puts concepts: a steely equality of detail, conceptualistic anatomy, or the métier of the old masters. The non-objective artist is closer to the photographer in his reliance on direct experience. But, because he is not interested in objective nature he tends to lose his contact with concrete variety. The trouble with this is that it leads to a loss of a feeling for pluralism, as though all experience were becoming one experience, the experience of everything.

To distinguish endlessly and refuse to classify and to dare ignore nothing. Like those breezes, dropped now, along with the whey-colored sun, “aimless and particular,” glomming the all like a wearable glove.**


* Recalling Charles Sheeler, who made photographs and paintings both: “Photography is nature seen from the eyes outward, painting from the eyes inward. Photography records unalterably the single image, while painting records a plurality of images willfully directed by the artist.”

** Originally hobo lingo. See Jack London, who seemingly made the initial recording of glom in print, in The Road (1907):

We shook hands like long-lost brothers, and discovered that our hands were gloved. “Where’d ye glahm 'em?” I asked. “Out of an engine-cab,” he answered; “and where did you?” “They belonged to a fireman,” said I; “he was careless.”

Thoreau: “. . . another name for the Wild, and what I have been preparing to say is, that in Wildness is the preservation of the World.” 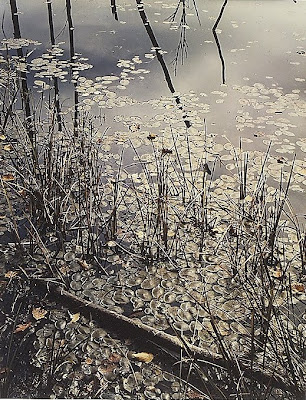 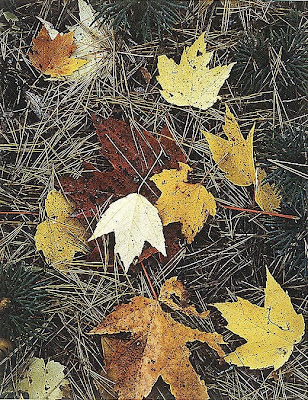 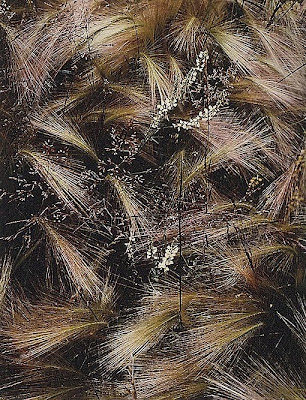 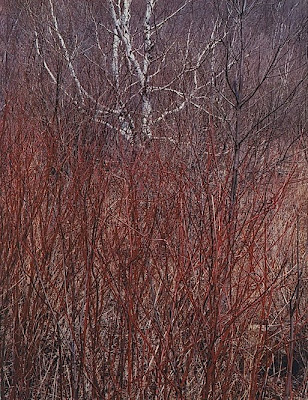 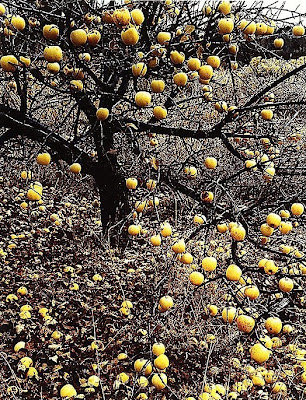