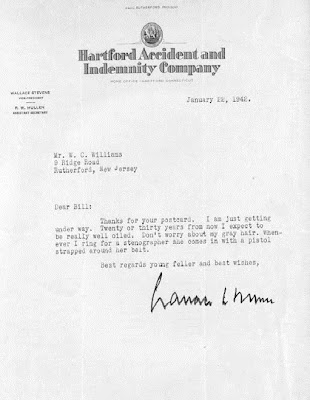 Raking at the scree of one’s own critical intransigence, assembling musts for an outing undefined. Tired of the explicatory push, tired of the push, period. A cardinal going what, what, what under the expiring disc of sun. To bottle the wild gaseous blanche of the all, its fizz and finagle, in lieu of these glum florilegiums consigned at random to their boxes. (See Wallace Stevens, say, “Notes Toward a Supreme Fiction”: “The bees came booming as if they had never gone, / As if hyacinths had never gone. We say / This changes and that changes. Thus the constant // Violets, doves, girls, bees and hyacinths / Are inconstant objects of inconstant cause / In a universe of inconstancy . . .”) Robert Duncan, in a lecture* delivered 29 March 1979 (“this one was, and is, proposed to address the, the world, felt as a presence”—and, against the incipient shrug of the nod obvious literalists, adding—“gods are felt as presences”). Of poetry:

In its main drive it makes us feel presence because typically it follows a rhythm [. . .] it follows sound. It may—rhyme, almost, mostly means: do we rhyme at the end of the line—even now, when people think of eschewing rhyme. But the most important thing of rhyme is a feeling of a measure and a measure that’s different from speech and creates what Aristotle found in Parmenides—a sort of hypnagogic state—so he disqualified it as philosophy. And Pound himself unable to focus on what it was saying, because it was in a kind of hypnotized state. But my point would be that poetry certainly is what we feel—what we begin to feel—and then how we think [. . .] the primary ground of it is—must be—the changes taking place in our own bodies when we are moved out of the rhythms of our speech and exited by a music moving through the language.

Duncan rarely talks about Stevens. Though there is the piece called “Structure of Rime XXVIII: In Memoriam Wallace Stevens” with its lines: “Here and now only I from this life can come forward to impersonate the necessity of his being here. His, the horizon. His, the perspectives and outlines. His, the regulation of the relevant. I will willingly assume his numbers among my own.” (Somewhat recalling Pound’s “A Pact”: “I make a pact with you, Walt Whitman— / . . . / We have one sap and one root— / Let there be commerce between us.”) In The H. D. Book Duncan includes Stevens—with Marianne Moore and T. S. Eliot—in “that company” who “remain within the rational imagination and do not suffer from the creative disorders of primitive mind, the shamanistic ecstasies and the going ‘after strange gods.’” Or, he allies Stevens with Eliot, two who “preserve throughout a melodious poetic respectability, eminently sane in their restriction of poetic meaning to the bounds of the literary, of symbol and metaphor, but at the cost of avoiding facts and ideas that might disturb.” No “bold-face emphatic,” no “rant,” no “caricature of voice.” Where, though, is found a more viscous hypnagogy of “god-delivered” musics? Hugh Kenner, who, too, assigns Stevens an implausible mild purgatory (“Stevens, the exotic,” he says, and calls Stevens’s “an Edward Lear poetic, pushed toward all limits”), points nevertheless to lines out of “Analysis of a Theme”:

. . . There being no subconscious place,
Only Indyterranean
Resemblances

Of place: time’s haggard mongrels.
Yet in time’s middle deep,
In its abstract motion,

Its immaterial monsters move,
Without physical pedantry
Or any name.

Invisible, they move and are,
Not speaking worms, nor birds
Of mutable plume,

Pure coruscations, that lie beyond
The imagination, intact
And unattained,

Even in Paris, in the Gardens
Of Acclimatization,
On a holiday.

The knowledge of bright-ethered things
Bears us toward time, on its
Perfective wings.

We enjoy the ithy oonts and long-haired
Plomets, as the Herr Gott
Enjoys his comets.

Music taut and variegated, and willing to fleer off into moue, unencumbered by the age. The “gods . . . felt as presences” of no more (or less) import than any other “bright-ethered” thing. Duncan, again: “the primary ground of it is—must be—the changes taking place in our own bodies when we are moved out of the rhythms of our speech and exited by a music moving through the language.” Kenner (making spindly alliances again, nursery rhyming it into simplicity):

Two boys went to Harvard. One stayed home afterward, and became an insurance executive. The other went abroad, and became a banker and publisher. Both wrote poetry.
Two boys went to Penn. One stayed home afterward and became a physician. The other went abroad, and became Ezra Pound.
Stevens: Eliot. Williams: Pound. It is as neat as a laboratory experiment. And Williams, the intensely local, was often in Europe, whereas Stevens, the exotic, never went there.
One evening on the Chestnut Ward TV Ezra Pound heard of Stevens’s death. “Poetry owes him a memorial issue,” was his immediate response; and would someone, preferably ol Doc Wms, take the occasion to say what it was that Wallace Stevens’s work had been all about? The request was passed on to Williams, and he wrote a feeling obituary** but did not venture to answer the question. Of the four, Stevens alone concerned himself not at all with a paideuma . . .

Paideuma (Pound): “the tangle or complex of the inrooted ideas of any period.” A vortex. “And”—Kenner—“what Frobenius meant by a paideuma—a people’s whole congeries of patterned energies, from their ‘ideas’ down to the things they know in their bones, not a Zeitgeistbefore which minds are passive . . .” Isn’t a paideuma no more than what Stevens would call a “sufficing fiction”? Out of “Notes Toward a Supreme Fiction,” the heroics of Canon Aspirin when “normal things had yawned themselves away”:

The nothingness was a nakedness, a point,

Beyond which fact could not progress as fact.
Thereon the learning of the man conceived
Once more night’s pale illuminations, gold

Beneath, far underneath, the surface of
His eye and audible in the mountain of
His ear, the very material of his mind.

The nothingness was a nakedness, a point

Between, but of. He chose to include the things
That in each other are included, the whole,
The complicate, the amassing harmony.

Thus the confederacies of music, thus the wild gaseous blanche . . .

** Williams, out of “Wallace Stevens” (1956): “We were of the same approximate age. Both of us could be sticking our thumbs to our noses at the world with about the same gusto and regretting it afterward as contritely—as would be the choice, say, of Villon had we spoken our minds and hearts. We both sought, as Villon did, mastery in the difficult art of the poem. It is at the contempt of the world for that, that we would be really thumbing our noses.” The “fleer off into moue, unencumbered by the age . . .”