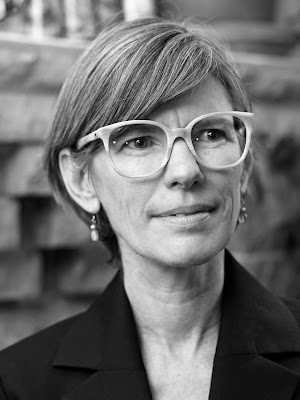 Lyn Hejinian (out of The Book of a Thousand Eyes):

Cloistral moment of the present. The present is cloistral, all interiority, unsmudged by anything “out,” what’s gone before, what comes after. Thus the “lyric moment”—how it combats the usual extendedness, the hither and thither “hauling” of the social beast. Recall Creeley (interviewed for “The Art of Poetry” series of the Paris Review, c. 1968):

Poetry seems to be written momently—that is, it occupies a moment of time. There is, curiously, no time in writing a poem. I seem to be given to work in some intense moment of whatever possibility, and if I manage to gain the articulation necessary in that moment, then happily there is the poem. Whereas in prose there’s a coming and going. Much more of a gathering process that’s evident in the writing.

Versus New Sentence-ry’s prose: its routine pragmatic debunking of “that withdrawal” into “natural solitude” (that is the “Now”); its “coming and going” a refusal to occupy itself with the self in its (“own,” “blessèd”) moment; its “communal” charge, each sentence compelled into relation with each preceding, each succeeding; a machined turnstile of exteriority, the “personal” flung willy-nilly into the “social.” Lisa Robertson, out of “Time in the Codex” (Nilling: Prose Essays on Noise, Pornography, the Codex, Melancholy, Lucretius, Folds, Cities and Related Aporias), opening the codex (meaning, “book”) whereat “with a skirty murmur, commodiousness arrives”*—reading, like writing, making the moment big:

. . . Reading shows the wrongness of the habitual reification of “the social” and “the personal” in a binary system of values. It submits this binary to a ruinous foundering. And so, an erotics.

7
The inchoate state I crave dissolves and reshapes itself in the codex; reading feels like a discontinuous yet infinite rhythmic dispersal that generates singularities. It isn’t knowledge at all. It’s a timely dallying and surge among a cluster of minute identifications. I prefer to become foreign and unknowable to myself in accordance with reading’s audacity.

8
It is the most commodious sensation I can imagine, this being lost. I don’t want to leave this charitable structure that permits my detailed dissipation. Its excess of surface is available only ever in measured increments. I might define thinking this way: The partial access, in a sequence, to an infinite and inconspicuous surface complexity which is not my own.

When constructing a description of thinking in The Life of the Mind, Hannah Arendt asks where it is that we go when we think, rather that asking what thinking is—the customary philosophical inquiry. She shifts the emphasis of the ancient question from ontological query to spatial trajectory. For Arendt, thinking resembles tracking, a kind of place “beaten by the activity of thought,” which turns to ploddingly follow a course towards a pause. It is “the small inconspicuous track of non-time . . . beaten between an infinite past and an infinite future by accepting past and future as directed, aimed, as it were, at themselves—as their predecessors and successors, their past and their future—thus establishing a present for themselves,” a space that is neither inherited nor received from tradition, but which is made from what is touched in passing: “the ruin of historical and biographical time.”

(Isn’t that exactly what Frank O’Hara’s talking about in that fragment that reads:

Too, Creeley’s “intense moment of whatever possibility” with resultant “happily there is the poem” distantly recalls O’Hara’s sassy inevitability and cheek regarding thinking (writing) in “Personism”—“They’re just ideas. The only good thing about it is that when I get lofty enough I’ve stopped thinking and that’s when refreshment arrives.”)

In a subsequent essay (“Lastingness: Réage, Lucrèce, Arendt”), Robertson identifies in Arendt—in a lovely phrase—“the necessary inconspicuousness of the person who thinks” (Hejinian again: “Now I’m glad to withdraw from sound”). Lovely lines out of a section called “Invisibility and withdrawal” in Arendt’s “Thinking” volume of The Life of the Mind, suggesting the lyric need to mark limits to the hubbub of the socius:

Thinking as such . . . that does not serve knowledge and is not guided by practical needs and aims, is, as Heidegger once observed, “out of order” . . . It interrupts any doing, any ordinary activities, no matter what they happen to be. All thinking demands a stop-and-think. . . . And since whatever prevents thinking belongs to the world of appearances and to those common-sense experiences I have in company with my fellow-men and that automatically guarantee my sense of the realness of my own being, it is indeed as though thinking paralyzed me in much the same way as an excess of consciousness may paralyze the automatism of my bodily functions, “l’accomplissement d’un acte qui doit être réflexe ou ne peut être,” as Valéry phrases it. Identifying the state of consciousness with the state of thinking, he added: “on en pourrait tirer toute une philosophie que je résumerais ainsi: Tantôt je pense et tantôt je suis” (“At times I think, and at times I am”).

* Uncanny how Robertson is willing—against such deft lyricism—to weight the prose, too, with such abstruse and tedium-inflected verbiage as, say (out of “Untitled Essay”):

The time of the body is generative, commingled, gestural, enacted; in a temporal interpretation of the domestic, power innovates itself as an improvised co-embodiment. In this sense ecology rather than economics might provide the circulatory model of a mutually embodied and temporally vulnerable power-in-relationship, as long as one considers ecology in terms of complex processes of disequilibrium and emergence instead of a harmonized closure . . .