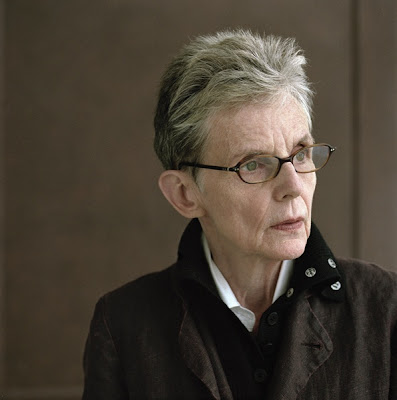 Re-read: Susan Howe’s Pierce-Arrow (1999). Out of “Arisbe” (name of Charles S.—“I am variously listed in print as Charles Santiago Peirce, Charles Saunders Peirce, and Charles Sanders Peirce. Under the circumstances a noncommital S. suits me best”—Peirce’s property located just north of Milford, Pa., off U.S. 6—Grand Army of the Republic Highway. Found unexpectedly one morning early spring, 1995, en route to who knows where . . .)*:

While outlining the Pragmatic Principle in the North American Review, October (1871), he first coined the term pragmatism, but it went unrecognized or unacknowledged until William James publicly used the word in a lecture at Berkeley in 1898, titled “Philosophical Conceptions and Practical Results.” James said he was presenting “the principle of Peirce, the principle of pragmatism.” Their ideas on the definition and principle were never identical. In 1903, after attending Peirce’s Lowell Lectures, James referred to the current thought of his friend as “—flashes of light relieved against Cimmerian darkness.” In 1905, Peirce, in a paper titled “What Pragmatism Is,” announced the birth of the word pragmaticism, a name “which is ugly enough to keep it safe from kidnappers.”**

Footnotes. Thus is one caught—Lucky Pierre style?—between two competing writing sites, bifurcated text, bicameral mind. Peirce, somewhere: the “field of may-be.” Or Howe (out of “The Leisure of the Theory Class”), pertinently:

“Whatever my thumb rests on

I shall take as having reference

to my work.” His thumb hit the

words “What a work it is likely

to turn out! Let me begin it.”

he carried in his book-box

a copy of Tristram Shandy

the sors shandeana for Dombey

Texts fueling texts, be it ever thus. So one makes a stab at recovery, so one aligns the echoes. Howe, nudging forth a scant “peryll of apprehending” (ratifying one’s sense of receiving):

Trench letters do get used

eventually for poetry you

Get ready to advance don’t

as if we are nothing only

of half inaudible whispers

(Spicerean hints un peu partout: I think of “These letters are to be as temporary as our poetry is to be permanent” in one of the letters in After Lorca.) “Get ready to advance don’t” a kind of humming stasis, the propulsory engine stopped and unrelenting. Peirce himself, in a letter (quoted in Joseph Brent’s Charles Sanders Peirce: A Life) in 1904 to Francis Russell writing to say:

. . . that I am by nature most inaccurate, that I am quite exceptional for almost complete deficiency of imaginative power, and whatever I amount to is due to two things, first, a perseverance like that of a wasp in a bottle & 2nd to the happy accident that I early hit upon a METHOD of thinking, which any intelligent person could master, and which I am so far from having exhausted it that I leave it about where I found it,—a great reservoir from which ideas of a certain kind might be drawn for many generations . . .

MS 1606: One of my earliest recollections is of hearing Emerson deliver his address on Nature and I think on that same day Longfellow’s Psalm of Life was recited. So we were within hearing of the Transcendentalists, though not among them. I remember when I was a child going upon an hour’s railway journey with Margaret Fuller, who had with her a book called the Imp in the Bottle.

Identity of the book unascertained. Tant mieux. “In poetry all things seem to touch so they are.”

. . . for one thousand dollars they acquired Thomas Quick’s 140-acre farm on the western bank of the Delaware River (“the wildest county of the Northern States”) two and a half miles from Milford, Pike County, Pennsylvania, seven miles below Port Jervis, New York. They covered the outer walls of Quick’s original farmhouse with shingles in the then fashionable New England “summer cottage” style and added floors and rooms, including a library for his large book collection. Max Fisch says the Peirces probably called their property “Arisbe” after a city in Troas, the ancient colony of Miletus, the home of the early Greek philosophers, Thales, Anaximander, and Anaximenes, who first searched for the Archē, the Principle, the first of things. I think Peirce named the house for Homer’s “brilliant” or “shining” Arisbe.
Arisbe mark of mortality.

Next Teuthras’ Son distain’d the Sands with Blood,
Axylus, hospitable, rich and good:
In fair Arisba’s Walls (his native Place)
He held his Seat; a Friend to Human Race.
Fast by the Road, his ever-open Door
Oblig’d the Wealthy, and reliev’d the Poor.
To stern Tydides now he falls a Prey,
No Friend to guard him in the dreadful Day!
Breathless the good Man fell, and by his side
His faithful Servant, old Calesius dy’d. [Iliad, VI.15-24]

Alexander Pope was 25 when in spring 1714 economic necessity pushed him to begin the ambitious project of translating Homer into up-to-date English. As Roman Catholics he and his parents were unable to invest money easily, and their annuities from French rentes they depended on were in danger of default. The translation was to be published by subscription in the manner of Dryden’s Virgil. Proposals were issued, the reaction was enthusiastic; 652 sets were reserved in advance. King George I and the Prince of Wales were among the subscribers. Only when he was sure of making a profit did Pope begin this work that for the next five years became his obsession. The first volume, containing the first four volumes of the Iliad of Homer, with a Preface, Essay, and Observations, printed by W. Bowyer for Bernard Lintot between the Temple-Gates, was delivered to subscribers in 1715 and established his reputation.

That a redoubtably homely hodge-podge: economy, geography, architecture, naming, the Iliad, Pope, religion, literary upstartism. The pragmatic text. (James: “Pragmatism is uncomfortable away from facts. . . . The pragmatist clings to facts and concreteness, observes truth at its work in particular cases . . .” Howe: “What is the secret nature of fact? What is the fact that is present to you now? . . . Let y be y you cannot gasp at blue. . . . Originality is in being such as thus this being is.”)

** Recalling another percipient (and contested) moment of naming in the annals of American pragmatism—that of Frank O’Hara’s “Personism.” (Isn’t William James’s insisting that “the one thing that has counted so far in philosophy is that a man should see things, see them straight in his own peculiar way, and be dissatisfied with any opposite way of seeing them” directly akin to “You just go on your nerve”?) Joe LeSueur, out of “Four Apartments” (1968):

One night after dinner—the manuscript carries the date September 3, 1959—Frank mentioned that Don Allen was coming by for a piece on poetics he’d promised to write for Don’s anthology, New American Poetry. [LeSueur’s footnote: As it turned out, Don eventually used another statement by Frank in his anthology, and “Personism” first appeared in LeRoi Jones’ magazine Yūgen.] It was already long overdue, and he hadn’t so much as jotted down an idea, though the piece must have been in the back of his mind for weeks. He poured himself a bourbon and water, thought a moment, then went quickly to the typewriter. I asked him if he wanted me to turn off the radio. “No, turn it up,” he said. “They’re playing Rachmaninoff’s Third next.” I said, “But you might end up writing another poem to Rachmaninoff.” He liked that idea. “If only I could be so lucky,” he said. Then the concerto began and Frank was off. Less than an hour later—in fact, about the time it took for the concerto—he got up from the typewriter and let me see what he’d written. “Do you think it’s too silly?” he said when I’d finished reading it. “No, I think it’s great,” I said. The only thing I didn’t like or wasn’t sure of, I told him, was the title, which was “Personalism: A Manifesto.” “Personalism is the name of a dopey philosophy founded in Southern California,” I explained. “Oh, then I’ll call it ‘Personism,’” he said quickly. “That’s better anyway.”

(How gluey LeSueur’s prose on the heels of Howe’s, feet dragging through molasses with all the obstinacy of any compleatist . . .) 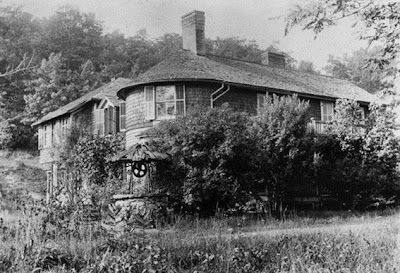