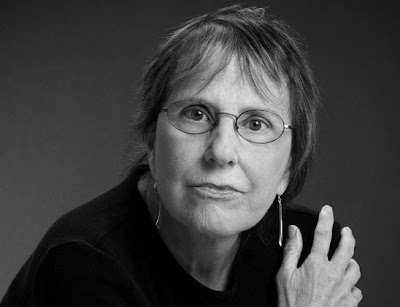 A two-day haul out east (southern tier New York) and back, interrupted by a few thunderstorm-battered hours of attempted sleep, the human animal the sweat-tossed flotsam of the too-stuffed couch. (Fatigue butters everything up. Or clogs. Karl Kraus, in Die Fackel, calling for “a drainage system for the broad marshes of phraseology”—is that what’s needed?) “Decay with imprecision . . . / Will not stay still.” Thus the senselessness of the body’s discrepancy in its unalloyed mad hurtle through the disfigured landscape, pitched against its own rhythms. Highway vertigo, cavernous maw of the road, it exorbitant and beastly draw. Hugo von Hofmannsthal, out of “The Letter of Lord Chandos” (1902):

My case, in short, is this: I have lost completely the ability to think or to speak of anything coherently. . . . As once, through a magnifying glass, I had seen a piece of skin on my little finger look like a field full of holes and furrows, so I now perceived human beings and their actions. I no longer succeeded in comprehending them with the simplifying eye of habit. For me, everything disintegrated into parts, those parts again into parts; no longer would anything let itself be encompassed by a single idea. Single words floated around me; they congealed into eyes which stared at me and into which I was forced to stare back—whirlpools which gave me vertigo and, reeling incessantly, led me into the void.

Found, “partially” found, in Frank Field’s 1967 book about the satirist Karl Kraus’s Vienna, The Last Days of Mankind. Kraus is quoted therein saying: “My business is to pin down the Age between quotation marks.” Which remark adduces a thumbing of Poe’s Flaubertian (c. 1846, thus “avant la lettre”) opus “The Literati of New York City” (with prefatory onslaught “Some Honest Opinions at Random Respecting Their Autorial Merits, with Occasional Words of Personality”). Poe (who is “pointing out the distinction between the popular ‘opinion’ of the merits of contemporary authors and that held and expressed of them in private literary society”):

The former species of ‘opinion’ can be called ‘opinion’ only by courtesy. It is the public’s own, just as we consider a book our own when we have bought it.

(A posture ferocious enough in its “attitudinal” seepage to match Flaubert’s own. See, say, out of the Dictionnaire des idées recues, the entry under “Authors”: “One should ‘know a few,’ never mind their names.”) One reads Poe’s “Literati” remarks as if “toujours déjà” pinned down “entre guillemets”*—Poe seemingly certain of an eventually rosy satiric bouquet burgeoning up out of the dry twigs of the day’s obliviousness genially arranged:

The name of Halleck is at least as well established in the poetical world as that of any American. Our principal poets are, perhaps, most frequently named in this order —Bryant, Halleck, Dana, Sprague, Longfellow, Willis, and so on—Halleck coming second in the series, but holding, in fact, a rank in the public opinion quite equal to that of Bryant. The accuracy of the arrangement as above made may, indeed, be questioned. For my own part, I should have it thus—Longfellow, Bryant, Halleck, Willis, Sprague, Dana; and, estimating rather the poetic capacity than the poems actually accomplished, there are three or four comparatively unknown writers whom I would place in the series between Bryant and Halleck, while there are about a dozen whom I should assign a position between Willis and Sprague. Two dozen at least might find room between Sprague and Dana . . .

Ranking deployed against itself, going undeniably farcical, with all the calm “reasonableness” of a madman. (Note the effect of maintaining such a doughty procedural under pressure, how it fires a metamorphosis, provoking a kind of refugee mirth: “There is something, too, in the bonhommie of certain of his compositions—something altogether distinct from poetic merit—which has aided to establish him; and much, also, must be admitted on the score of his personal popularity, which is deservedly great. With all these allowances, however, there will still be found a large amount of poetical fame to which he is fairly entitled.”) Pertinent: Rae Armantrout’s “Real Article” (out of Money Shot):

Everything I know
is something I’ve repeated.

Lazy horn solo
tries to wander off,
but can’t,

or does,
and we don’t notice.

Whatever’s not a “pinned down” repeatable goes unnoticed, is somehow unknown, thus “unreal.” A jazz strain going “off” and failing to return, war-commemoratory flags flagging in a war-mongering republic, lax and lost without the breeze’s repetitious measure, become mere public “scenery” comparable to the throwaway (rather insipid, small-talkish) line “The day is warm.” Dilemma: if the tension in the piece is between the repeated and the stray (“solo”)—the two “modes” somehow aligned with ways of knowing (or not knowing), I find the ending (a joke, a pun—here’s a “real article”: “The”) simply a means of dissolving that tension (without resolving it—what is the knowing of the “Lazy horn”? what is that of the common weather utterance? why is Veterans Day, a repetition, a routine, a yearly quotation, here so inert?) I am reminded of James Tate’s “A Radical Departure,” a piece beginning: “Bye! // I’m going to a place so thoroughly remote / you’ll never hear from me again.” A piece constructed in order to exhibit a pun. Tate, by so recklessly firing off the pun “ab ovo,” leaves “A Radical Departure” nowhere to go, and ends it, after some “fairly” inconsequential meanderings: “Well, I guess this is it / we’ll see ourselves to the door // Where are we . . .?”


* Or everything begins to look as if it is congealing into spoof and cliché, the beleaguered commonplace Flaubert-style. See Flaubert’s own lines out of a letter to Louise Colet (21-22 August 1853):

Art is vast enough to take complete possession of a man. To divert anything from it is almost a crime; it is a sin against the Idea, a dereliction of duty. But we are weak, the flesh is soft, and the heart, like a branch heavy with rain, trembles at the slightest tremor of the earth. We pant for air like a prisoner, an infinite weakness comes over us, we feel that we are dying. Wisdom consists in jettisoning the smallest possible part of the cargo, that the vessel may keep safely afloat. . . .

Recall the Flaubert of the Dictionnaire: “Artists: All charlatans. . . . What artists do cannot be called work.”