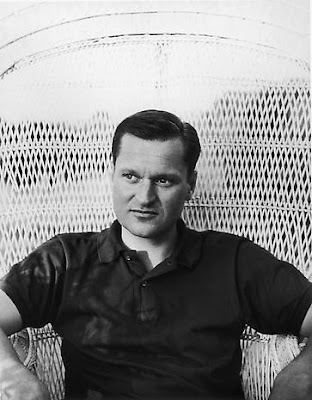 Hugh Kenner (The Pound Era) quoting lines—“printed in June 1917”—out of Ezra Pound’s “ultimately abandoned Ur-Canto,” the one beginning “Hang it all, there can be but the one ‘Sordello!’”:

. . . But say I want to, say I take your whole bag of tricks,
Let in your quirks and tweeks, and say the thing’s an art-form,
Your Sordello, and that the modern world
Needs such a rag-bag to stuff all its thought in; . . .

Kenner commenting: “Pound notes one impulse, display of wonders one has found.” And continuing: “He inverts his ragbag image, no longer a putting-in but a spilling out”:

Say that I dump my catch, shiny and silvery
As fresh sardines flapping and slipping on the marginal cobbles?

“A rag-bag to stuff all its thought in”: is that the unsung fons et origo of Ashbery’s canny (and widely applicable) remark concerning O’Hara’s “Easter”—“whose form is that of a bag into which anything is dumped and ends up belonging there”? Some estimable niggle and itch—it’s the “rag” in “rag-bag”—makes me look, too, at Yeats. Lines I know without knowing (my persistently dithering non-acquaintance with the Irishman no penalty here):

Those masterful images because complete
Grew in pure mind, but out of what began?
A mound of refuse or the sweepings of a street,
Old kettles, old bottles, and a broken can,
Old iron, old bones, old rags, that raving slut
Who keeps the till. Now that my ladder’s gone,
I must lie down where all the ladders start
In the foul rag and bone shop of the heart.

A precursor to Pound’s stuffed rag-bag? “Pretty to think so”—except the Yeats lines (out of th3 1939 “The Circus Animals’ Desertion”) post-date the Pound by roughly two decades. (Pound toyed with the “rag-bag” theory elsewhere, too. In “Aux Etuves de Wiesbaden”—out of Pavannes and Divisions (1918)—one Poggio considers, broadly, style and type with one Maunsier, using women for exempla (“Her breasts stuck out like great funnels, her shoulders were rounded like basins, her biceps was that of a wheel-wright,” and so forth). To conclude: “Men have a curious desire for uniformity . . . They ruin the shape of life for a dogmatic exterior.” And, defiantly: “I myself am a rag-bag, a mass of sights and citations, but I will not beat down life for the sake of a model.” Maunsier, acknowledging the warning: “even a style might become a religion and breed bigots as many, and pestilent.” One need only look at the nuisant palpable effects partout of any succeeding literary “movement” to see . . .)

Curiously enough, William Carlos Williams, in the 1920 Kora in Hell: Improvisations, turns briefly, too, to “rag-bag” talk, avoiding model-making by metaphorical veer-off, that itch to avoid a vendible intent, or a too tidy kit:

Virtue is not to be packed in a bag and carried off to the rag mill. Perversions are righted and the upright are reversed, then the stream takes a bend upon itself and the meaning turns a livid purple and drops down in a whirlpool without so much as fraying a single fibre.

Whence, though, cometh the ragbag model? I think of David Jones quoting—in the Preface to The Anathemata (sous-titre: “fragments of an attempted writing”)—Nennius’s line out of ninth century Historia Brittonum—“coacervavi omne quod inveni”: “I have made a heap of all that I could find.” Jones:

So wrote Nennius, or whoever composed the introductory matter to Historia Brittonum. He speaks of an ‘inward wound’ which was caused by the fear that certain things dear to him ‘should be like smoke dissipated’. Further, he says, ‘not trusting my own learning, which is none at all, but partly from writings and monuments of the ancient inhabitants of Britain, partly from the annals of the Romans and the chronicles of the sacred fathers, Isidore, Hieronymus, Prosper, Eusebius and from the histories of the Scots and Saxons although our enemies . . . I have lispingly put together this . . . about past transactions, that [this material] might not be trodden under foot.’

(One is tempted to read that odd “inward wound” as a kind of bag, a receptacle like the roomy heart is a receptacle, ever filling up, ever pushing out . . .) Jones, with a kit bag metaphor:

. . . making a journey is not thinking thoughts but accomplishing an actual journey. There are the same tediums: strugglings with awkward shapes that won’t fit into the bag, the same mislayings, as of tickets, the missings of connections, the long waits, the misdirections, the packing of this that you don’t need and the forgetting of that which you do, and all such botherations, not to speak of more serious mishaps. Until in the end you may perhaps wish you had never observed that mote of dust in the beam from the clerestory light that set you willy-nilly on your journey . . .

Another bag. Ashbery, in a 1984 interview, regarding the writing of The Vermont Notebook (1975):

It was an exercise in almost automatic writing. I wrote most of it on buses traveling through New England, though not Vermont. It was a kind of experiment for me in writing in an uncongenial environment and also writing in longhand, which I hadn’t done in many years. It’s a kind of messy grab bag as the word notebook implies. Generally speaking I guess it’s a catalogue of a number of things that could be found in the state of Vermont, as well as almost everywhere else—another “democratic vista.” This was also the idea behind my poem “Europe.”

“Rag-bag”: for stowing scraps, a repository, a miscellany, a keeping. “Grab bag”: for extracting a prize, “containing various articles, into which one may dip on payment of a certain sum . . .” Oddly enough, looking into The Vermont Notebook one finds Nennius’s “heap”:

The book I read is the dump it is printed in dump letters. . . . I tell the old story of the dump. I work on the story to be the real story of the dump which is never telling. If it ever was telling it would not be the dump which it is. The dump escapes the true scape of the telling and in so doing it is its own scape—the dump dumped and dumping. As I swear the dump is my sweet inner scape self so do I condone the dump for having nothing left for me only the will to go on dumping creating it out of its evacuation. . . .