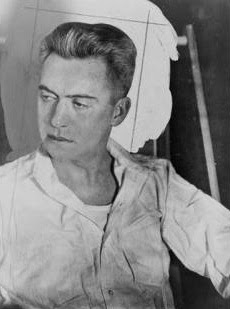 To defect from the sobering circuit of .. in a re-creation of subjective states, via scintilla.

A fractious climb up over the atmosphere.

. . . the speed and tense altitude of an aeroplane are much better suggested by the idea of “nimble blue plateaus”—implying the aeroplane and its speed against a contrast of stationary elevated earth. Although the statement is pseudo in relation to formal logic—it is completely logical in relation to the truth of the imagination, and there is expressed a concept of speed and space that could not be handled so well in other terms.

Crane (“For the Marriage of Faustus and Helen”):

We know, eternal gunman, our flesh remembers
The tensile boughs, the nimble blue plateaus,
The mounted, yielding cities of the air!

That saddled sky that shook down vertical
Repeated play of fire—no hypogeum
Of wave or rock was good against one hour.

~ I delimit my world through interoceptive (a receptor of the viscera responding to stimuli originating from within the body), proprioceptive techniques, assembling, phrasing multiplicities where the containment of all the possible meanings moves beyond its own oscillation, toward a relation to some or all of those juxtaposed but shifting magnitudes. Atomic reflection, in beyondsense.

I work with my own sense of speed and light, immanence, imminence, in the impossibility of self-prediction.

In manipulating the more imponderable phenomena of psychic motives, pure emotional crystallizations, etc., I have had to rely even more on these dynamics of inferential mention, and I am doubtless still very unconscious of having committed myself to what seems nothing but obscurities to some minds. A poem like “Possessions”* really cannot be technically explained. It must rely (even to a large extent with myself) on its organic impact on the imagination to successfully imply its meaning.

~ By reading the disparate signs from the total phenomena in view, there is continual withdrawal from closed repetitive space and forms of social capture.

Stricto sensu—opening circulations between high and low culture, disorder and exuberance, to escape its frame of even utopian longing and flights to idyllic pasts.

Beneath psy-chic, displacing social automaticity; servo-mechanisms of production and power ..

New conditions of life germinate new forms of spiritual articulation. And while I feel that my work includes a more consistent extension of traditional elements than many contemporary poets are capable of appraising, I realize that I am utilizing the gifts of the past as instruments principally, and that the voice of the present, if it is to be known, must be caught at the risk of speaking in idioms sometimes shocking to scholars and historians of logic. Language has built towers and bridges, but itself is inevitably as fluid as always.

~ I wish to question the vincula (connections) between grace and the abyss; Being in duplicity; apparency; things in their oppositeness; not only as beneficence in a well of meaning, but as all that is falling: anomie .. accidie, elengenesse.

~ I take occasions of experience to be related to quantum events…sudden and significant. Mind arises as an infinite expression, pan-experiential and permeated by proto-experiences. I want to work within or near, consciousness-collapsing events.

A rather silly way to proceed, juxtaposing thus. George Quasha (with Charles Stein), in prefatory remarks (“Squeezed Coherence”) to Wolsak’s book, rightly calls the work “at home in its own elusiveness.” With a Spicerean nod: “so much is happening from moment to moment, so much is coming through, one hardly knows where to stand.” (Quoting, too, without dubbing any of the Hopkins I ascertain, Wolsak’s lovely credo “I insculpt / the gasp of individual perception.”) They note, too, Wolsak’s “I speak as one silenced” and how she cites Michel de Certeau’s “Why write, if not in the name of impossible speech?” Of her quoting (“An Heuristic Prolusion”) of Maimonides’s “the prophets use in their speeches, equivocal words and words that are not intended to mean what they indicate, according to their first signification,” Quasha and Stein write:

This connects her with the practice of apophasis—what is usually called “negative saying” (as in “negative theology”) . . . unsaying . . . the apophatic points away from fixed indication of meaning and toward a further saying. The energizing state of discourse, beyond fixation, is to be speaking further than the last thing said or thought.

Putting Wolsak in the Olson camp of “one perception must must must MOVE, INSTANTER, ON ANOTHER!” Crane nowhere found. (Here’s Crane to Allen Tate, 16 May 1922:

The poetry of negation is beautiful—alas, too dangerously so for one of my mind. But I am trying to break away from it. Perhaps this is useless, perhaps it is silly—but one does have joys. The vocabulary of damnations and prostrations has been developed at the expense of these other moods, however, so that it is hard to dance in proper measure. Let us invent an idiom for the proper transposition of jazz into words! Something clean, sparkling, elusive!

Pertinent, too, is Crane’s summary claim (in a letter to Waldo Frank, 21 April 1924—Crane’s “quite dumb with something for which ‘happiness’ must be too mild a term”—“I have seen the Word made Flesh. I mean nothing less, and I know now that there is such a thing as indestructibility . . . where flesh became transformed through intensity of response to counter-response, where sex was beaten out, where a purity of joy was reached that included tears”—not referring avant la lettre to Olson’s “get on with it, keep moving, keep in, speed, the nerves, their speed, the perceptions, theirs, the acts, the split second acts”—Crane’s simply in love) of synæsthesiant recipricocity: “And my eyes have been kissed with a speech that is beyond words entirely.”)

Understanding was provided       by falling

with which parts are joined


There rose a repugnance


By examination of its shadows

I came to love yet

the pressure of beauty

agonies we are the cage of

are more beneficial than victories

refreshing all your epochs

what law before me sought distraction?

I was not myself speaking

but questioned the charm

and stood naked       in the hill-rhythm

the tenacity of the links

laid down to grass

sex and the sacred

What is “provided by falling”—“perfunctory theological quicksand” indeed. One is precisely “put . . . another way.”

Witness now this trust! the rain
That steals softly direction
And the key, ready to hand—sifting
One moment in sacrifice (the direst)
Through a thousand nights the flesh
Assaults outright for bolts that linger
Hidden,—O undirected as the sky
That through its black foam has no eyes
For this fixed stone of lust . . .

Accumulate such moments to an hour:
Account the total of this trembling tabulation.
I know the screen, the distant flying taps
And stabbing medley that sways—
And the mercy, feminine, that stays
As though prepared.

And I, entering, take up the stone
As quiet as you can make a man . . .
In Bleecker Street, still trenchant in a void,
Wounded by apprehensions out of speech,
I hold it up against a disk of light—
I, turning, turning on smoked forking spires,
The city's stubborn lives, desires.

Tossed on these horns, who bleeding dies,
Lacks all but piteous admissions to be spilt
Upon the page whose blind sum finally burns
Record of rage and partial appetites.
The pure possession, the inclusive cloud
Whose heart is fire shall come,—the white wind rase
All but bright stones wherein our smiling plays.