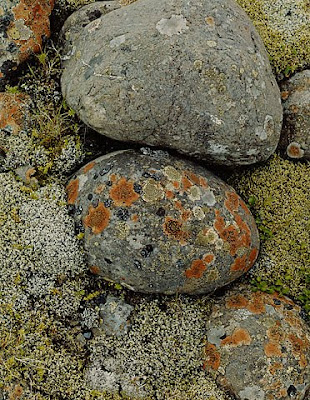 God loves from Whole to Parts: But human ſoul
Muſt riſe from Individual to the Whole.
Self-love but ſerves the virtuous mind to wake,
As the ſmall pebble ſtirs the peaceful lake;
The centre mov’d, a circle ſtrait ſucceeds,
Another ſtill, and ſtill another ſpreads;
Friend, parent, neighbour, firſt it will embrace;
His country next; and next all human race;
Wide and more wide, th’ o’erflowings of the mind
Take ev’ry creature in, of ev’ry kind . . .

If, then, to meanest mariners, and renegades and castaways, I shall hereafter ascribe high qualities, though dark; weave round them tragic graces; if even the most mournful, perchance the most abased, among them all, shall at times lift himself to the exalted mounts; if I shall touch that workman’s arm with some ethereal light; if I shall spread a rainbow over his disastrous set of sun; then against all mortal critics bear me out in it, thou just Spirit of Equality, which hast spread one royal mantle of humanity over all my kind! Bear me out in it, thou great democratic God! who didst not refuse to the swart convict, Bunyan, the pale, poetic pearl; Thou who didst clothe with doubly hammered leaves of finest gold, the stumped and paupered arm of old Cervantes; Thou who didst pick up Andrew Jackson from the pebbles; who didst hurl him upon a war-horse; who didst thunder him higher than a throne! Thou who, in all Thy mighty, earthly marchings, ever cullest Thy selectest champions from the kingly commons; bear me out in it, O God!

Listen! you hear the grating roar
Of pebbles which the waves draw back, and fling,
At their return, up the high strand,
Begin, and cease, and then again begin,
With tremulous cadence slow, and bring
The eternal note of sadness in.

Sophocles long ago
Heard it on the Ægæan, and it brought
Into his mind the turbid ebb and flow
Of human misery . . .

Brag, sweet tenor bull,
descant on Rawthey’s madrigal,
each pebble its part
for the fells’ late spring.
Dance tiptoe, bull,
black against may.
Ridiculous and lovely
chase hurdling shadows
morning into noon.
May on the bull’s hide
and through the dale
furrows fill with may,
paving the slowworm’s way.

A mason times his mallet
to a lark’s twitter,
listening while the marble rests,
lays his rule
at a letter’s edge,
fingertips checking,
till the stone spells a name
naming none,
a man abolished.
Painful lark, labouring to rise!
The solemn mallet says:
In the grave’s slot
he lies. We rot.

—Basil Bunting, out of Briggflatts: An Autobiography (1966)

At one end of the room was a big cast iron stove that Hélène came in and filled with a rattle, and in one corner of the room was a large table on which were horseshoe nails and pebbles and little pipe cigarette holders which one looked at curiously but did not touch, but which turned out later to be accumulations from the pockets of Picasso and Gertrude Stein.

—Gertrude Stein, out of The Autobiography of Alice B. Toklas (1933)

“An onion is an onion is an onion,” Robert Jordan said cheerily and, he thought, a stone is a stein is a rock is a boulder is a pebble.
“Rinse thy mouth with wine,” Agustín said. “Thou art very rare, Inglés. There is great difference between thee and the last dynamiter who worked with us.”
“There is one great difference.”
“Tell it to me.”
“I am alive and he is dead,” Robert Jordan said.

In Franconia, 1476, a base illiterate fellow took upon him to be a prophet, and preach, John Beheim by name, a neatherd at Nicholhausen, he seduced 30,000 persons, and was taken by the commonalty to be a most holy man, come from heaven. “Tradesmen left their shops, women their distaffs, servants ran from their masters, children from their parents, scholars left their tutors, all to hear him, some for novelty, some for zeal. He was burnt at last by the Bishop of Wartzburg, and so he and his heresy vanished together.” How many such impostors, false prophets, have lived in every king’s reign? what chronicles will not afford such examples? that as so many ignes fatui, have led men out of the way, terrified some, deluded others, that are apt to be carried about by the blast of every wind, a rude inconstant multitude, a silly company of poor souls, that follow all, and are cluttered together like so many pebbles in a tide.

At one point something shot across the moist pebbles of the path, causing Mrs. Bridgewater to scream. “Was that an eft?” she asked.
“Why yes,” Memmo said, “it was.”

—John Ashbery and James Schuyler, out of A Nest of Ninnies (1969)

Pebbles.—The millers in our country use to putt a black pebble under the pinne of ye axis of the mill-wheele, to keep the brasse underneath from wearing; and they doe find by experience, that nothing doth weare so long as that. The bakers take a certain pebble, which they putt in the vaulture of their oven, which they call the warning-stone: for when that is white the oven is hot. . . .
There was a time when all pebbles were liquid. Wee find them all ovalish. How should this come to passe? As for salts, some shoot cubicall, some hexagonall. Why might there not be a time, when these pebbles were making in embryone (in fieri), for such a shooting as falls into an ovalish figure?
Pebbles doe breake according to the length of the greatest diameter: but those wee doe find broken in the earth are broken according to their shortest diameter. I have broken above an hundred of them, to try to have one broken at the shortest diameter, to save the charge and paines of grinding them for molers to grind colours for limming; and they all brake the long way as aforsayd.

“You’re awfully inconsistent, Mr. Mallet, you know,” she said.
“Oh, nothing so makes for good relations as inconsistency.”
“Not of your elaborate kind. That first day we were in Saint Peter’s you said things that inspired me. You bade me plunge into all this. I was all ready; I only wanted a little push; you gave me a great one; here I am up to my neck! And now, instead of helping me to swim, you stand on the shore—the shore of superior information—and fling pebbles at me!”
“Pebbles, my dear young lady? They’re life-preservers . . .”

Origin uncertain . . . may be imitative . . . arising either from the sound pebbles make when walked upon or from the association of pebbles with flowing water . . . compare Frisian babbel-stientsjes little round stones washed up at the beach . . . (babbelje = to babble)

—Out of the Oxford English Dictionary, vaguely

Who knew what was real? Who knew what was unreal or where one ended and the other began or whether, indeed, there was only the illusion? Or if one pebble was real in all the universe where pebbles rolled and roared on lonely shores, then who would know which pebble it was where all pebbles rolled and roared, sometimes splashed upon by light, light with its scintillations, stars burning like straws, so much being forever in darkness sweeping like a wave over him, and if one whisper was true, then who would know which whisper it was where all were whispering? Even the shrouds of the old boats which had foundered on these thinning shoals whispered as if they might sail again although they sailed not—only this world sailed. It pitched and rolled.

O yes I wish her well. Let her come on
to Henry’s regions, with her mortal wound.
In so far as repair
is possible, we’ll lie her in the sun
forever, with to protect her a great hound,
so that she lies in peace there.

Until her lover comes: let him be good
quietly to her, and her blocked faith restore
in the mountains & the roar
of the grand sea of tumbling pebbles: could
anyone anywhere ask more?
Her patience is exemplary.

Cold & golden lay the high heroine
in a wilderness of bears. Let one man in.
One is enough.
Fish for the master, who will do you well,
rely not on the stormy citadel—
it’s a matter of love.

in the courtyard. My left hand falls
on a tea bag, humid like the lightless air.
It is morning and a whole day starts
stepping daintily along my sweaty flesh.

Yearning grasses growing from my eyes
to this music do you lean, shallow and wet
like a pebble? I roll the tea into a cylinder
and it’s like marijuana beside a pool,

not like a good American cigarette
with its delicate twigs flaring up now
and then beside the nose. In this room
there is suddenly a pool. Drops of water,

slightly chlorinated, fall from my nose
onto the cigarette as I heavily breathe
from swimming through the wood of this parquet
which is deep brown, the tall trunk of hell.

He uses the direct image, it is true, but he seems to use it as a means to evoke other and vaguer images—a pebble, as it were, dropped in a quiet pool, in order to start across the silent water, wave on wave of light, of colour, of sound.

I think the Earth is nothing but a pebble, a marvelously big stone . . .

I do not wait, Charles, to answer you as the gods would reply, or even as the meager footprint of Vulcan, for it is said also that he is the Father of all mankind, is some dim tracery in sand or earth or in pebble, of the first brazier. But I should be more ashamed not to reply now, though it be the niggard word of a caitiff than to wait, having you in the meanwhile, regard me as something even worse in the morbose bottoms of the earth . . .