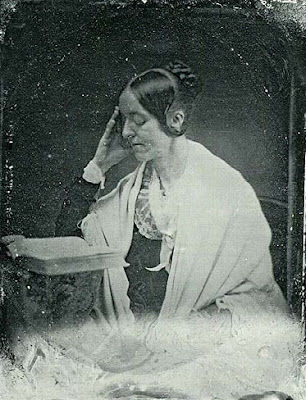 Breezy, the endless heat scuttled out through a hole in the morning’s rain. Chimes somewhere doing their three-note haphazard-ry, rhythmically indifferent, episodic, balked. Postmeridian light scoured now by a hard rinse of pre-thundershower yellow. Pressure drop leaves, all dangly in one compartment, slack in the adjoining. Unflappable here. Undone over there. One gears up for a resolution, a word meaning both fixity and dispersal.

Robert Creeley, quoting the physicist P. W. Bridgman talking about “various conceptual senses of time” and saying: “The present is that which resolves all other possibilities.” In Creeley’s reworking (talking with William V. Spanos about “that sense of being given to write poems as opposed to casting about for various possible themes or subjects, the sense of Olson’s, of life as being unrelieved”):

The present is where it comes to be. And that for me, of course, would be the crucial moment. I’d have at times senses like Samuel Beckett’s: that instant is so fragilely apparent and so often diffuse in its manifestations consciously . . . that one very often has the feeling such as “if I had only known” or, you know, things of that order . . .

Apparent and diffuse, a moment suddenly devoid of its conscious manifest: isn’t that sense of “a poetry which derives out of its occasion” skirting that bugbear and crux of the lyric, the epiphanic flash? (Maybe.) (Vocab in common a coterie makes; a change in poetics requires something beyond mere lingual “torque” . . .)

Out of Edith Sitwell’s English Eccentrics (1957):

The inability to interrupt seems to have been a great problem in literary circles, in the year 1846. For Miss Martineau, immediately before Miss Fuller’s meeting with Wordsworth, which took place a month or so before her inability to interrupt Carlyle, warned her that ‘He does all the talking, and never knows the name of the person he is addressing. He talks mostly about his poems and he is pretty sure to take the visitor to see the terrace where he has composed so many.’ But then Miss Martineau did not entirely approve of her neighbours. She could, and did, give Margaret other and equally important information about the author of the Ode on the Intimations of Immortality. In the winter he wore a long cloak, a Scotch bonnet and great goggles. Usually a score of children ran along after him, coaxing him to cut switches out of the hedge for them. A curious combination of economy and generosity he was. If you dropped in to tea you were likely not to have enough cream to put into it, and yet Wordsworth gave away all the milk the household did not want to cottagers perfectly well able to buy their own. If you dropped in for any other meal, you were greeted with ‘You are very well welcome to have a cup of tea with us, but if you want any meat you must pay for it.’

His talk is an amazement and a splendor scarcely to be faced with steady eyes. He does not converse, only harangues. It is the usual misfortune of such marked men that they cannot allow other minds room to breathe and show themselves in their atmosphere, and thus miss the refreshment and instruction which the greatest never cease to need from the experience of the humblest. Carlyle allows no one a chance, but bears down all opposition, not only by his wit and onset of words, resistless in their sharpness as so many bayonets, but by actual physical superiority, raising his voice, and rushing on his opponent with a torrent of sounds. This is not in the least from unwillingness to allow freedom to others. On the contrary, no man would more enjoy a manly resistance to his thought. But it is the nature of a mind accustomed to follow out its own impulse as the hawk its prey, and which knows not how to stop in the chase. Carlyle, indeed, is arrogant and overbearing; but in his arrogance there is no littleness, no self-love. It is the heroic arrogance of some old Scandinavian conqueror; it is his nature, and the untamable impulse that has given him power to crush the dragons. You do not love him, perhaps, nor revere; and perhaps, also, he would only laugh at you if you did; but you like him heartily, and like to see him the powerful Smith, the Siegfried, melting all the old iron in his furnace till it glows to a sunset red, and burns you if you senselessly go too near. He seems to me quite isolated, lonely as the desert, yet never was a man more fitted to prize a man, could he find one to match his mood. He finds them, but only in the past. He sings rather than talks. He pours upon you a kind of satirical, heroical, critical poem, with regular cadences, and generally catching up, near the beginning, some singular epithet, which serves as a refrain when his song is full. He sometimes stops a minute to laugh at himself, then begins anew with fresh vigor; for all the spirits he is driving before him seem to him as Fata Morganas, ugly masks, in fact, if he can but make them turn about; but he laughs that they seem to others such dainty Ariels.

Signed, Margaret Fuller Ossoli. Out of Fuller’s Memoirs (1852). Oddly enough, the Times omits a few lines (directly after “which serves as a refrain when his song is full”): “or with which, as with a knitting needle, he catches up the stitches, if he has chanced, now and then, to let fall a row. For the higher kinds of poetry he has no sense, and his talk on that subject is delightfully and gorgeously absurd.” A lovely “feminine” metaphor inapplicable to “the powerful Smith”? (Vocab in common a gender makes . . .)

A column or two to the left of Fuller’s piece, one reads:

ORDINARINESS.—As a rule, literature is thoroughly impatient of ordinary people. Clever people, who are not people of genius, are always trying to redeem their books from the discredit, as they think it, of ordinariness, and to make them what they call “original,” by inventing incidents or combinations of character at once unnatural and impressive. They do not see that literature, like life, should really aim rather at making interestingness more ordinary—or to put it in a stull truer way, at making ordinariness more interesting—than at extraordinary invention . . .

Unsigned pedant.
Posted by John Latta at 6:31 AM