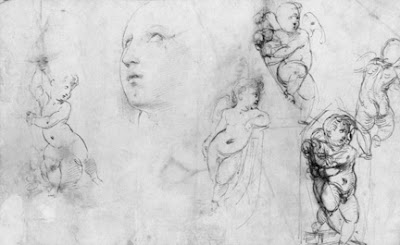 Post-putsch (or potlatch) grubbing under a cold sun. A stoat (or an angel) dashed off sloppily. Torn foolscap. Unlocatable fevers: puerperal fever, jail fever, hectic fever. Agues and poxes. (Kerouac, “Essentials of Spontaneous Prose”: “No pause to think of proper word but the infantile pileup of scatological buildup words till satisfaction is gained, which will turn out to be a great appending rhythm to a thought and be in accordance with Great Law of timing.”) That nowhere blurt of the incipient throttle. Contumaciously revving up an indispensability. Thomas Wentworth Higginson, in an essay called “An Open Portfolio” (1890):

Emerson said, many years since, in the “Dial,” that the most interesting department of poetry would hereafter be found in what might be called “The Poetry of the Portfolio”; the work, that is, of persons who wrote for the relief of their own minds, and without thought of publication. Such poetry, when accumulated for years, will have at least the merit of perfect freedom; accompanied, of course, by whatever drawback follows from the habitual absence of criticism. Thought will have its full strength and uplifting, but without the proper chastening of literary expression; there will be wonderful strokes and felicities, and yet an incomplete and unsatisfactory whole. If we believe, with Ruskin, that “no beauty of execution can outweigh one grain or fragment of thought,” then we may often gain by the seclusion of the portfolio, which rests content with a first stroke and does not over-refine and prune away afterwards.

(Is Ginsberg’s “First thought, best thought” less Blakean than Ruskinian?) The Ruskin line is out of Modern Painters (1843), its chapter called “Definition of Greatness in Art”:

The picture which has the nobler and more numerous ideas, however awkwardly expressed, is a greater and a better picture than that which has the less noble and less numerous ideas, however beautifully expressed. No weight, nor mass, nor beauty of execution can outweigh one grain or fragment of thought. Three penstrokes of Raffaelle are a greater and a better picture than the most finished work that ever Carlo Dolci polished into inanity. A finished work of a great artist is only better than its sketch, if the sources of pleasure belonging to color and realization—valuable in themselves,—are so employed as to increase the impressiveness of the thought.

One loves the sense of vanity decreed to “finish.” Out of the pertinent Emerson essay, called “New Poetry” (1840), with its opening nod to the era’s “tendencies” being “so democratical, that we shall soon have not so much as a pulpit or raised platform in any church or townhouse, but each person, who is moved to address any public assembly, will speak from the floor”:

Is there not room then for a new department in poetry, namely, Verses of the Portfolio? We have fancied that we drew greater pleasure from some manuscript verses than from printed ones of equal talent. For there was herein the charm of character; they were confessions; and the faults, the imperfect parts, the fragmentary verses, the halting rhymes, had a worth beyond that of a high finish; for they testified that the writer was more man than artist, more earnest than vain; that the thought was too sweet and sacred to him, than that he should suffer his ears to hear or his eyes to see a superficial defect in the expression.

Emerson, too, adjudges any previous “prescription which demands a rhythmical polish may be easily set aside” and suspects “men of genius” to be “more incapable than others of that elaborate execution which criticism exacts” and “incapable of any perfect exhibition”:

They are humble, self-accusing, moody men, whose worship is toward the Ideal Beauty, which chooses to be courted not so often in perfect hymns, as in wild ear-piercing ejaculations, or in silent musings. Their face is forward, and their heart is in this heaven. By so much are they disqualified for a perfect success in any particular performance to which they can give only a divided affection.

“Their face is forward, and their heart is in this heaven”—isn’t that whole note—with its contrapuntal of “wild ear-piercing ejaculations” against “silent musings”—a kind of Urtext for Frank O’Hara’s “My Heart” (“I’d have the immediacy of a bad movie, / not just a sleeper, but also the big, / overproduced first-run kind. I want to be / at least as alive as the vulgar / . . . / I want my face to be shaven, and my heart— / you can’t plan on the heart, but / the better part of it, my poetry, is open.”)? 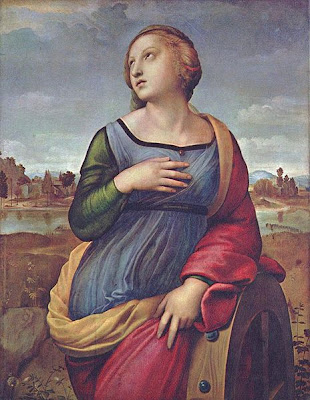