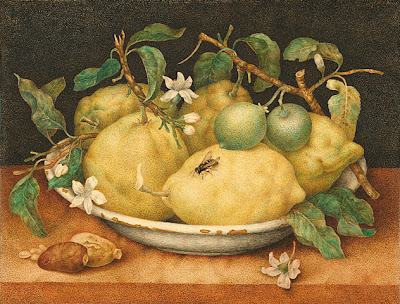 Nature doth first beget the imperfect, then
Proceeds she to the perfect. Of that airy
And oily water, mercury is engendered;
Sulphur of the fat and earthy part; the one,
Which is the last, supplying the place of male,
The other, of the female, in all metals.
Some do believe hermaphrodeity,
That both do act and suffer. But these two
Make the rest ductile, malleable, extensive.
And even in gold they are; for we do find
Seeds of them, by our fire, and gold in them;
And can produce the species of each metal
More perfect thence, than Nature doth in earth.
Beside, who doth not see in daily practice
Art can beget bees, hornets, beetles, wasps,
Out of the carcases and dung of creatures;
Yea, scorpions of an herb, being rightly placed?

who died in an automobile accident
had developed a
then, imperceptibly

Timbrels & violins sport round the Wine-presses; the little Seed;
The sportive Root, the Earth-worm, the gold Beetle; the wise Emmet;
Dance round the Wine-presses of Luvah: the Centipede is there:
The ground Spider with many eyes: the Mole clothed in velvet
The ambitious Spider in his sullen web; the lucky golden Spinner;
The Earwig armd, the tender Maggot emblem of immortality:
The Flea: Louse: Bug: the Tape-Worm: all the Armies of Disease:
Visible or invisible to the slothful vegetating Man.
The slow Slug: the Grasshopper that sings & laughs & drinks:
Winter comes, he folds his slender bones without a murmur.
The cruel Scorpion is there: the Gnat: Wasp: Hornet & the Honey Bee:
The Toad & venomous Newt; the Serpent clothd in gems & gold:
They throw off their gorgeous raiment: they rejoice with loud jubilee
Around the Wine-presses of Luvah, naked & drunk with wine.

My next bullet caught him somewhere in the side, and he rose from his chair higher and higher, like old, gray, mad Nijinski, like Old Faithful, like some old nightmare of mine, to a phenomenal altitude, or so it seemed, as he rent the air—still shaking with the rich black music—head thrown back in a howl, hand pressed to his brow, and with his other hand clutching his armpit as if stung by a hornet, down he came on his heels and, again a normal robed man, scurried out into the hall.

But I also find that J [Matthew Josephson] stirred up a hornet’s nest in me this summer with his words about getting away from current formulae, from Heine to Wallace Stevens, by experimentation in original models, etc. and my reaction to this stimulation is to work away from the current impressionism as much as possible. I mean such “impressionism” as the Cocteau poem (trans.) in the Little Review, which you have probably see. Dada . . . is nothing more than the dying agonies of this movement, maladie moderne. I may even be carried back into “rime and rhythm” before I get through, provided I can carry these encumbrances as deftly and un-self-consciously as, say, Edward Thomas sometimes did.

And I will send hornets before thee, which shall driue out the Hiuite, the Canaanite, and the Hittite from before thee.

There is a hornet in the room
and one of us will have to go
out the window into the late
August midafternoon sun. I
won. There is a certain challenge
in being humane to hornets
but not much . . .

—James Schuyler, out of “Buried at Springs” (Freely Espousing, 1969)

Lightly falls the grieving light
over the heel of Great Spruce Head Island, like cool
words turning their back on the bayness of the bay
and open water where the swell says heavy things

and smoothly to the nonreflective caves. Clover lies,
in its mauve decline, to the butterflies and bumblebees
and hummingbirds and hornets finding not their sucking
appetites attractive in its stirring dryness, robbed

out of succulence into fainting, rattling noise . . .

The ride in a neat plate-glassed electric train from Dobbiaco to Cortina was very impressive. The vertical granite turrets go on for miles and miles. On how stupendous a scale Nature know how to be boring; tears cmae to the eyes at the extent of the imposture:

I have bought a copy of my hero Goldoni’s comedies and am rivetting my mind to the problem of how the HUMAN MIND hides and reveals itself in comedy. I like to think that such an enquiry never before was pursued in Room 15 of the Albergo Italia.
These days my more “consecutive” travelling companion and I have had many a tussle over that SUBJECT-MATTER which has become the gadfly in our minds, the hornet in our ear.
This is not the letter to include our tentative little lumières . . .

—Thornton Wilder, out of a letter to Gertrude Stein and Alice B. Toklas (6 August 1935)

Some writers be of opinion, That dead Bees if they bee kept within house all a Winter, and when the Spring is come, bee laid forth in the hote Sunne to frie, and one whole daie be kept covered all over with figtree ashes, they will revive and be quicke againe. But suppose they be not onely dead, but their bodies also lost and gone, some say they may be repaired and a new swarme engendred, by laying the fresh paunches of oxen or kine newly killed, with the dung, garbage and all, within a dunghill there to putrifie. Virgill affirmeth,21 that the carkasses of any young steeres, will doe the same: like as dead horses will breed Waspes and Hornets: and Asses carrion turne to be Beetle-flies, by a certaine metamorphosis which Nature maketh, from one creature to another.

Charon in Lucian, as he wittily feigns, was conducted by Mercury to such a place, where he might see all the world at once; after he had sufficiently viewed, and looked about, Mercury would needs know of him what he had observed: He told him that he saw a vast multitude and a promiscuous, their habitations like molehills, the men as emmets, “he could discern cities like so many hives of bees, wherein every bee had a sting, and they did nought else but sting one another, some domineering like hornets bigger than the rest, some like filching wasps, others as drones.”

Examined the Hornets’ nest near Hubbard’s Grove—suspended from contiguous huckleberry bushes. The tops of the bushes appearing to grow out of it, little leafy sprigs, had a pleasing effect. An inverted cone 8 or 9 inches by 7 or 8. I found no hornets now buzzing about it. Its entrance appeared to have been enlarged—so I concluded it had been deserted—but looking nearer I discovered 2 or 3 dead hornets—men of war—in the entry way. Cutting off the bushes which sustained it I proceeded to open it with my knife. First there were half a dozen layers of waved brownish paper resting loosely on one another—occupying nearly an inch in thickness—for a covering. Within were the six-sided cells in 3 stories suspended from the roof & from one another by one or two suspension rods only—the lower story much smaller than the rest. And in what may be called the attic garret of the structure were two live hornets apparently partially benumbed with cold, which in the sun seemed rapidly recovering themselves, their faculties. Most of the cells were empty, but in some were young hornets still, their heads projecting—apparently still-born.— perhaps overtaken unexpectedly by cold weather. These insects appear to be very sensible to cold. The inner circles of cells were made of whitish—the outer of brown or grayish paper. It was like a deserted castle of the Mohawks.— a few dead ones at the entrance of their castle.—

air in a hornet’s nest
over the water makes a
solid, six-sided music . . .

Here is 2 species of Hornets, their Sting very painfull, especially the large pied black & white, which build large conical Nests hanging from the bows of Trees in shady forests; the smaller yellow, which builds their nests of the same form & material, in the ground commonly under the roots of decayed Trees.
Here is a large & very usefull fly much of the form of a Hornet, but much larger & have no sting. They are called guard flys because in some situation of this country generally about the Sea coast & a good distance back from it they constantly swarm about cattle & horses & catch the Bot & stinging flys, which they eat & carry away to their nests in the earth, & as soon as these very extraordinary & useful insects arive, the tormenting biting fly immediately disappear.

At home, it’s blizzard or a curved banana-moon
on a window sash, soap flakes on wash day
and door knobs wet; hornets' nests in tobacco pipes.
I must possess myself, get back into pure duration . . .