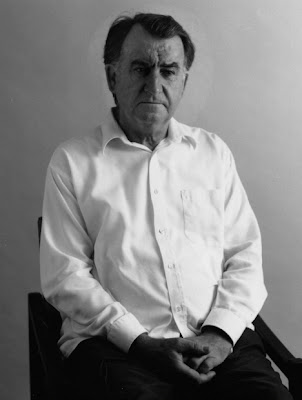 One day, I decided not to go on reading one after another book of a sort that could be called literature—that day was only a few months before the day when I decided to write no more fiction. When I made the earlier decision, I intended to confine my reading in future to the few books that I had never forgotten; I would reread those books—I would dwell on them for the rest of my life. But after my decision to write no more fiction, I foresaw myself reading not even my few unforgotten books. Instead of reading what could be called literature and instead of writing what I called fiction, I would devise a more satisfying enterprise than either reading or writing. During the rest of my life I would concern myself only with those mental entities that had come to me almost stealthily while I read or while I wrote but had never afterwards detached themselves from me: I would contemplate those images and yield to those feelings that comprised the lasting essence of all my reading and my writing. During the rest of my life I would go on reading from a vast book with no pages, or I would write intricate sentences made up of items other than words.

Thus, Gerald Murnane, out of Barley Patch (Dalkey Archive, 2011). Epigraph out of Jack Kerouac’s Doctor Sax: “The Turf was so complicated it went on forever.”

Revery of a language without words. Walking the dog in the cut light of morning, humidity halved and mounting: a lissome roiling and gabble under a porch. Dog at full alert and tug. Four skunk kits, a surfeit of skunks, a wave pattern of four skunks inseparably rippling: and if I found myself thinking of Pound’s Excideuil where (Kenner) “a wave pattern’s lilt in the stone on the high parapet proclaims an eternal form educed from flux”—

—and light itself “cut” (how central cutting is to Kenner’s Pound—“a parataxis of sharp-cut perceptions, one word apiece” and Fenollosa’s definition of “things” being merely “cross-sections cut through actions” and how a word “relies for energy on the sharp cut of its syllables” and Gaudier-Brzeska’s cutting brass and all echoing Pound’s own “house of good stone / each block cut smooth and well fitting” and definition of rhythm as “a form cut in TIME” . . .) Some vast book sorting itself into chapters whilst I stood marveling at the black and white motility of skunkery. (Oddly: one meaning of vair is “A fur obtained from a variety of squirrel with grey back and white belly, much used in the 13th and 14th centuries as a trimming or lining for garments.”)

To write “intricate sentences made up of items other than words”—to end the clumsy heaping up of letter-made nonces and negligibles, to hand a man a rasher and a shrug with no intermediary needed, that kind of unprotracted (unprotected) sentence-ry. Somehow a story of the Sitwells, whose “male line died out with the merchant and philanthropist William Sitwell in 1776” seems apt. Sitwell’s nephew, one Francis Hurt, inherited the iron works (“by the end of the seventeenth century the Sitwells were the world’s largest makers of iron nails”) at William Sitwell’s death and took up the surname too, one son, Sitwell Hurt, becoming in the process Sitwell Sitwell. (Evelyn Waugh in 1961, in a diary, regarding the perennially plaintive Osbert, suggested, with vicious wit, that the “hypersensitive descendant should resume the patronymic and call himself Sir Hurt Hurt.”) One wonders if some sleuthing mightn’t disclose a genealogical intricacy wherein Edith Sitwell’s kin to bluesman Mississippi John Hurt. He of the lines (“Spike Driver Blues”):

Et cetera. She of the lines (“Fantasia for Mouth Organ”):

. . . She wrung me on the mangle
When the hot sun’s jangle
Bent the North Pole to South, and
The
Wind hyperborean
Dried the marmorean
Wash for a nominal
Fee.
But the wheezing wind’s harmonium
Seemed an encomium
Of life when one is
Free,
And as life was getting barrener
I set out as a mariner—
The hero of this epopee.
I sailed on botanic
Gardens oceanic
Where siren-birds sip Bohea—
Past the lodging-houses lean
Where like oozing glycerine
The ozone drips; and the wee
Horses age had tattered
Flap along the battered
Platform grasses (green as tea) . . .


* “. . . alteration of Skonk Works, the name of a fictional factory in Al Capp’s ‘L’il Abner’ comic strip . . .” “. . . company working, often in secret or in isolation from the rest of the company, on a radical and innovative project . . .” “The original operation was located next to a plastics factory which reminded workers there of the outdoor still called the ‘Skonk Works’ in the ‘L’il Abner’ comic strip by the cartoonist, Al Capp, in which one of the characters, Injun Joe, would make ‘kickapoo joy juice’ from old shoes and dead skunk . . .” “. . . one day a designer picked up a ringing phone and announced, ‘Skonk Works’ . . . Soon everyone was calling it that . . . In 1960, Capp’s publisher objected to our use of Skonk Works, so we changed it to Skunk Works and registered the name and logo as trademarks.” One thinks, de temps en temps, of writing as being oneself a company working “in secret or in isolation from the rest of the company”—that is, from oneself . . .