Beginning and Ending with “Bah” 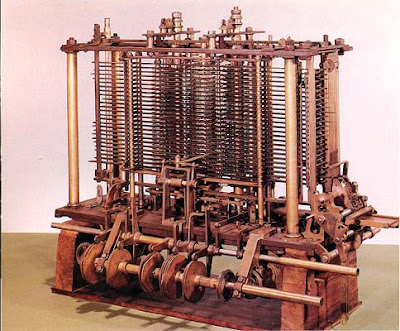 Bah. Half a morning expended dashing at various “scholarly” ramparts, mostly repulsed, mostly determining a need for patience, for laying a considered siege. Wonder and chagrin at a sudden apprehending: how the brain, in its dilatory piggish rooting way, noses down into the damp districts of “sources and citations” of late. That in lieu of arranging “mere flagrancies,” or words fleet and singular “in riotous conjunct.” Need up-tossing itself, then, to cease the pointed burrowing. To violently shiver oneself dry like a dog. (Here, though, comes the admonitory Marianne Moore, she who, too, got constricted / freed by such rootings: “Any genius is three-fourths curiosity. Most people doze.”) (Or Guy Davenport: “Art is always the replacing of indifference by attention.”) What, though, becomes of attending’s glut, its verdant continual rampancy of “inputs and effects”? One fossicks the nearby pages. One scans the ubiquitous downloads. Print-out city, its teem and grue. Lost in a reverie of a reverie of knowing’s ubiquity, attaining its fremitus, its fug. I read in Davenport’s Flowers and Leaves*—

The story-tellers have honied minds,
Sweet hives of hatching ups and downs.
A bald Egyptian out of Pharphar wrote
Thre Tales of Puppa Divus, his alephs now
And asps and kas a looped and copper ruin.
How his mother Isha bore him from her ear.
A wisp of flax was his only father.
She shook him out as a swimmer knocks his ears.
Annotations by the scholar Sut, of On.

And Hetty Pegler’s Tump, old wife of Goshen?
The Babylonian Milhoot, his beard in curls,
Wrote up the worthies, wanax, warrior, wizard,
In the year of the comet Hu, in scratch.
Tubal Cain, Huwassanas, Dedalo, Adam,
Odtheus the Tyrian and Popo the Sailor.
Popo was whittled from a Lebanon pine,
Drew out Leviathan with a hook of lightning
And ferried to Shool to get a riddle’s answer . . .

—and acquiesce to its jumble deftly arrayed and deposited, only momentarily wondering if that “Sut, of On” pertains to George Washington Harris’s backwoods braggart Sut Lovingood, out of Harris’s Sut Lovingood. Yarns Spun by a “Nat’ral Born Durn’d Fool.” Who’s “Hetty Pegler’s Tump”? Who’s “The Babylonian Milhoot”? Davenport, in a subsequent stanza: “There are tales in old throats that Poppadeius / Woke slyly, and they knew they’d snared a god. Mankind has no such light beneath the skin.” Inventing “for the fun of it.” (In Davenport’s Carmina Archilochi: The Fragments of Archilochos (1964), one finds a fragment “numbered 18” that is “a deliberate fabrication, made for the fun of it after two critics assumed that the Poetry and Arion versions [of Archilochos] were a fabrication . . . No Greek would have specified ‘blue’ javelins, so I knew I wasn’t twitting any classicist.” Fragment 18 is suppressed in subsequent gatherings of Davenport’s Archilochos translations.)

Pertinent, perhaps: comments registered by Steve Evans in conversation with Stephen McLaughlin at Jacket 2. He’s talking about constantly accessible (and somewhat extensive, though I’d argue Balkanized) poetry audio (“the ubiquitous surround sound of poetry online”) versus an earlier model of analogue bootleg and swap, and questions of scarcity and value. Here, beginning at, roughly, 30:50:

In the days before the easily accessible audio archive online (what Al Filreis and I talked about as the ubiquitous surround sound of poetry online), we used to have these cassettes that we were really worried might break some day because they were all we had [. . .] Jennifer [Moxley] and I have a drawer full of audio cassettes that, that was our favorite poetry to listen to because that’s what we had, there was, you know, you were dependent on other poets turning you on to stuff, people making the equivalent of bootleg cassettes of Frank O’Hara’s reading at Buffalo in 1966, for instance [. . .] So there’s this great analogue thing that, you know, I think it’s warranted to have a little nostalgia for, because the age of ubiquity has its downside: value plummets in a way once everything is so totally, obviously available to everyone at every moment. I don’t think we’re really built, I always think Nietzsche had this, like, we’re not really built to do value outside of conditions of scarcity. So when we’re trying to do value in conditions of ubiquity and everything all the time, we get a little all lost in the supermarket or something. So some of my favorite sound recordings are still the ones like Louis Zukofsky reading “A”-7 on a cassette tape that someone stole from me eventually . . .

Near palpable the sweet-honied voice of the collector in the detailings of the goods. And that fraught sudden chill in the voice at “value plummets.” I wonder at the way the loss of some gone kingdom (with, no doubt, its clubs of the haves against the welter of the have-nots) of “scarcity” is lamented—not against the unmanageability of the subsequent glut—but for itself. No talk of democratization in the ready availability of resources. It’s a curious riff, a sort of slightly jocular cri de coeur for lost scenes of the select, the rare, the coterie-exchangeable. Bah.


* “The title ‘Flowers and Leaves’ is a quotation from Babbage [Charles Babbage, 1792-1871], whose computer (the Analytical Engine which he and Augusta [Augusta Ada Byron Lovelace, daughter of Lord Byron] built of brass and walnut, now in the South Kensington Museum) was to ‘weave algebra as the Jacquard looms weave flowers and leaves.’” —Guy Davenport to Joan Crane. Davenport’s pre-ubiquity weavings exemplary in their control of the onslaught of particulars. Of the poem he writes, too, and aptly: “Part I says that the way one sees the world is the world. Part II says that only repeated forms are meaningful. . . . Part IV says that a particular mind’s memory is a harmony.”