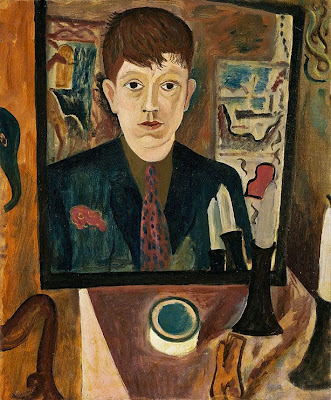 What I have written has no plan, or at least is not planned. If it has a shape it is chiefly that it returns to its beginning. It has themes and a theme even if it wanders far. If it has a unity it is that what goes before conditions what comes after and vice versa. Rather as in a longish conversation between two friends, where one thing leads to another; but should a third party hear fragments of it, he might not know how the talk had passed from the cultivation of cabbages to Melchizedek, king of Salem. Though indeed he might guess.

“The time has come,” the Walrus said,
“To talk of many things:
Of shoes—and ships—and sealing-wax—
Of cabbages—and kings—
And why the sea is boiling hot—
And whether pigs have wings.”

—Lewis Carroll, out of “The Walrus and the Carpenter,” Through the Looking-Glass (1871)

It wasn’t without a certain pleasure that I surveyed my ruined espaliers, all my flowers torn to pieces, the disheveled vegetable garden. As I contemplated all these factitious little man-made arrangements which five minutes of nature had sufficed to destroy, I admired the way the true order had reimposed itself on the false. These things so tormented by us—trees pruned and shaped, flowers growing where they don’t want to, vegetables brought from other countries—they all found a kind of revenge in this atmospheric rebuke . . . It is too generally believed that the sun has no other function here below than to help the cabbages along. Now and then we must restore God to his pedestal.

—Gustave Flaubert, out of a letter to Louise Colet (1853)

A yak is a prehistoric cabbage: of that, at least, we may be sure.
But tell us, sages of the solarium, why is that light
still hidden back there, among house-plants and rubber sponges?

Or when someone places a cabbage on a stump
I think I am with them, I think of their name:
Julian.

The leaves are large, fleshy, and of a glaucous colour; the flowers consist of four leaves, which are succeeded by long taper pods, containing several round acrid seeds. The species are, 1. The common white cabbage. 2. The red cabbage. 3. The Russian cabbage. 4. The flat-sided cabbage. 5. The sugar loaf cabbage. 6. The early Battersea cabbage. 7. The white Savoy cabbage. 8. The green Savoy cabbage. 9. The boorcole.10. The green broccoli. 11. The Italian broccoli. 12. The turnep-rooted cabbage. 13. The cauliflower. 14. The turnep cabbage. 15. Curled colewort. 16. The musk cabbage. 17. Branching tree cabbage, from the sea coast. 18. Brown broccoli. 19. Common colewort. 20. Perennial Alpine colewort. 21. Perfoliated wild cabbage, with a white flower. 22. Perfoliated cabbage, with a purple flower . . .
Miller

Cole, cabbage, and coleworts, are soft and demulcent, without any acidity; the jelly or juice, of red cabbage, baked in an oven, and mixed with honey, is an excellent pectoral.
Arbuthnot on Aliments.

—Samuel Johnson, out of A Dictionary of the English Language (1755)

Johnson said, that Dr. Grainger was an agreeable man; a man who would do any good that was in his power. His translation of Tibullus, he thought, was very well done; but “The Sugar-Cane, a Poem,” did not please him, for, he exclaimed, “What could he make of a sugar-cane? One might as well write the ‘Parsley-bed, a Poem;’ or ‘The Cabbage-garden, a Poem.’” BOSWELL. “You must then pickle your cabbage with the sal atticum.” JOHNSON. “You know there is already The Hop-Garden, a Poem: and, I think, one could say a great deal about cabbage. The poem might begin with the advantages of civilized society over a rude state, exemplified by the Scotch, who had no cabbages till Oliver Cromwell’s soldiers introduced them; and one might thus shew how arts are propagated by conquest, as they were by the Roman arms.” He seemed to be much diverted with the fertility of his own fancy.
The Life of Samuel Johnson, LL.D.
James Boswell, Esq.

He lost one of his shoes
among the cabbages.
Peter Rabbit
Beatrix Potter

There are, however, many others to whom I may be as, or more, indebted. Who should say how much may be owing to a small textbook on botany; a manual of seamanship; various items in the magazine Wales edited by Mr Keidrych Rhys; a guide to the Isle of Wight; a child’s picture-book of prehistoric fauna; a guide-book to the parish church of Cilcain, Flintshire, by a local antiquary, 1912; a glossy 1949 bookstall purchase on the pontifex Isambard Kingdom Brunel; a brochure on the composition and permanence of colours; a pamphlet on the prevention of collisions at sea; a paper read before a London conference of psychologists; the text of a guide to a collection of Welsh samplers and embroideries; a catalogue of English china or plate; a neglected directive from Rome on the use of the Chant; a reference in The Times to the cry of a bittern in Norfolk, or to the bloom on a thorn-bush in Herefordshire, or to an Homeric find on Karatepe ridge?