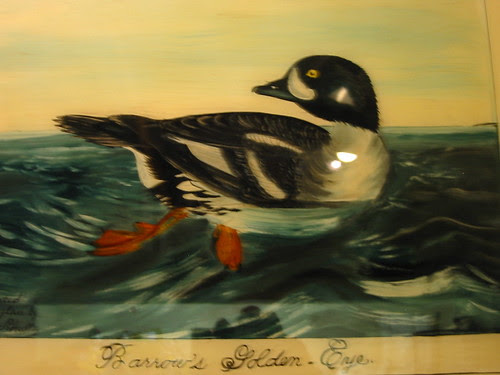 Wallace Stevens (to Elsie Viola Kachel, January 7, 1909): “Quotations have a special interest, since one is not apt to quote what is not one’s own words, whoever may have written them. The ‘whoever’ is the quoter in another guise, in another age, under other circumstances.”

George Chapman, in the dedicatory note to Ovid’s Banquet of Sence (1595): “The prophane multitude I hate, and onlie consecrate my strange Poems to these serching spirits, whom learning hath made noble, and nobilitie sacred. . . . But that Poesie should be as peruiall as Oratorie, and plainnes her speciall ornament, were the plaine way to barbarisme: and to make the Asse runne proude of his eares; to take away strength from Lyons, and giue Cammels hornes. . . . Enargia, or clearness of representation, required in absolute Poems, is not the perspicuous deliuery of a lowe inuention; but high and hasty inuention exprest in most significant and unaffected phrase; it serves not a skilfull Painter’s turne, to draw the figure of a face onely to make knowne who it represents, but hee must lymn, giue luster, shaddow, and heightening; which though ignorants will esteeme spic’d, and too curious, yet such as haue the judiciall perspectiue, will see it hath motion, spirit and life.”

Alors, what’d begun like that in a fit of scratchy throat’d morosity and bedevilment (with the intent to merely plow back under some retrieved and compostable roughage, some mulch), got dash’d (O’Hara: “First you took Arthur’s porcelain / pony from the mantel and! dashed / it against the radiator!” I love that exclamatory hiccough, so perfectly placed.) Since (I continue) I am thinking (of late) about Fairfield Porter, I’d the intent to include a Porter mot. (James Schuyler, reporting a Jane Freilicher mot: “Here, she was quite delighted to find there is a brand of cigarettes called Picayune. ‘Picayune,’ she said, helping herself to one, ‘The Worst Cigarette.’”) Upshot: ducking around among the Fairfield Porter Papers at the Smithsonian Archives of American Art, I uncover’d some James Schuyler pieces. Not check’d against the Collected, so seemingly “uncollect’d” (my memory is full of slots). A piece dated August 15, 1971 (two identical copies of it exist in the folder). Letters of the period (a handwritten one to Porter of the nineteenth and a typed—different typewriter—one of the twentieth) appear to be written out of one of Schuyler’s temporary hospital confinements. The piece, sans titre:

a cock crows
and a mooly
cow
goes moo
by radio: thus
this sunless
(sinless? not
quite) light
morning of—as
Old Sol (what
a name, eternal
youth, external
flame) mist
moving chilly
among and under
(arbor not
lignam
vitae) over
you know—
grow on the
ground-leaves
nor let us not
forget young
seedlings, tree
and other at,
and in, masonry
an impartial
groundsman will,
rightly, seeing
rightly, eradicate
in his good
time: “can’t
have trees
growin’ in the
cellah” thus
thus this
morning a
small town
it is country
life in
this great place
renews, be
gins, goes
on again—

Found in a postscript to another letter (beginning “I’m going tomorrow morning to Rome, then I’m going to try to find a place near there where I can stay for two months,” dated only “Sat Oct 16”), a letter wherein Schuyler says both “I did write Frank in a rather 18th century way about mountains, or rather, the Alps” (echoes of Auden) and that the letter seems to be “all complaints and querulousness,” an untitled piece—“The object is a wood fish talisman I found and Arthur bought in an antique shop in Kitzbuhl”:

How nicely the whittle marks
suit the shape of the fish.
How nice that it’s not painted silver,
but blue, like a river,
and gleams just a little,
like a fish seen at night.
It frowns on one side of its face
and smiles on the other.
How bright the air is in the morning.,
how smoky and strange in the evening,
in the mountains where it was made.

And, out of a letter dated only “Wednesday,” beginning “It’s so nice here with Frank, and I like Cambridge so much, I’m just staying vaguely on and on.” (Too: “Frank and I both have sun-wind-burns, because we went out in the country with George Montgomery this afternoon, who was photographing . . . We went to the top of a rock out-crop in some woods, which we both said simultaneously was like Maine, and we both wrote poems. Such as it is, I enclose mine.”):

Polly Red Top Thermos is with us
and my 75 pound Flip-it pen
no lighter than our heads
on the rocks
among the shrinking snow.

Is this lichen, this stuff here?
And these leaves,
are they oak leaves,
and what can I read
in Char, such as: black branch,
were you a dogwood tree?
I feel it was, though.

The snow has footsteps in it
like wet cement; a cowlick
is in a tuft of last year’s grass;
cars fly by like bees; and so on.
A big quill hat bends an evergreen
introspectively down.

Thus, my “perspicuous deliuery”—a morning’s results—of “a lowe inuention,” digging injudiciously in plain sight. Back to general dishevelment and incipient angst. Question: what poem did O’Hara write that day on the out-crop? 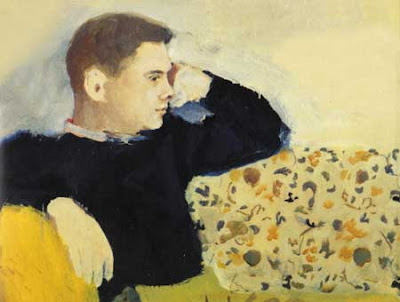