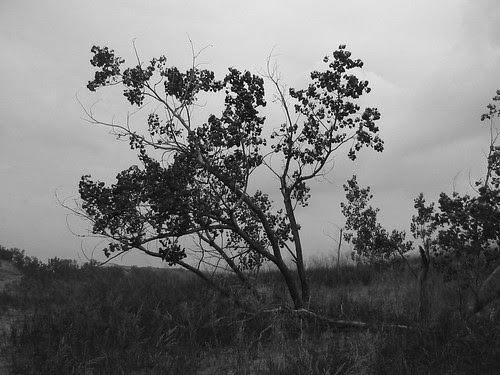 I cut out the “Heart with Snowflake”
Myself but it is not mine, Forget
This bloody coat bloody shirt, I
Think it is the writing that makes
Me sick, The scores and scores of
Incidental music, this nosebleed all
Spring all wet, I’m positively angry
with the Impertinence of it! I’m
Sewing up the kinks in this film, I’m
Trying to! I’m trying to burn a light
Between, There’s a light and I cable
my voice on it but it rips when I trace
Anything! works on paper, the ship
of death “Oh build it!” Sings the
Heart, “My coat would be so bloodied
I could wiggle out of my coat!”

That’s out of Sigo’s Stranger in Town (City Lights, 2010), the fourth volume in the Garrett Caples-edit’d Spotlight series. I think particularly of O’Hara’s 1954 “Mayakovsky” that begins (1) “My heart’s aflutter! / I am standing in the bath tub / crying” and continues (2) with talk of how “I’m turning to my verses / and my heart is closing / like a fist. // Words! be / sick as I am sick . . .” The third number’d part—“That’s funny! there’s blood on my chest / oh yes, I’ve been carrying bricks / what a funny place to rupture! / and now it is raining on the ailanthus”—sobers up in the fourth (the earliest writ of the quartet) with the lovely quatrain:

Now I am quietly waiting for
the catastrophe of my personality
to seem beautiful again,
and interesting, and modern . . .

(I think too of Wieners’s “A Poem for Painters”—“America, you boil over” and “There are bandages on the wounds / but blood flows unabated. The bath- / rooms are full . . .”) Turns out O’Hara’s poem’s a kind of collaboration of distinctly dated pieces—the second part carry’d a title (“To Someone Gone”) and epigraph (“‘Oh Rodney! Dese wounds ve have inflicted on each odder are a bond.’—Greta Garbo, The Fall and Rise of Susan Lenox”) put together with James Schuyler’s assistance. Quoted in the notes to the O’Hara Collected, a letter dated August 12, 1969, Schuyler to editor Donald Allen:

Two of the poems were ‘found’ by me at 326 East 49th—one in a book. Frank said he had forgotten about it when I produced it. I wanted him to include them in MIAE [Meditations in an Emergency], but he didn’t think them substantial enough to stand by themselves. I suggested he make one poem of them, and he dug out of his MSS pile the other two stanzas, which I don’t think I’d seen before. He liked the result and said that since it was ‘my’ poem I had to think up a title—which I easily and instantly did—Frank had (again) been reading Mayakovsky and the book was on his desk. The other of the two poems—or verses—I found was ‘My heart’s aflutter!’ of which Frank said, ‘You think you know who that’s about—and you’re wrong! It’s about Gandy Brodie. . . .’ The ‘bricks’ he was carrying were the supports of a John Ashbery bookcase, which he and Fairfield [Porter] helped John with; I recall Fairfield complaining that one went to see John and ended up carrying bricks around the city. . . .

Early in a kind of manifesto / poetics Sigo calls “The Sun”: “Collaboration can be a terrific introduction to poetry.” “The Sun” walks a thin tonal line, somewhere between wild careening innocence and its counterfeit, a (nevertheless heart-breaking) mock-innocence, tongue bulging out a cheek:

Poetry can be a difficult field to enter into, as I find people sometime think of it as old fashioned. It is this assumption that drives me to try & keep current. I do not just want to interest academics. Skaters are more dear to my heart. Boredom is the cardinal sin. Collaboration can be a terrific introduction to poetry. Things tend to happen a lot faster than they might with a single author. Sometimes I will just be talking my head off while someone else has the typewriter & bits of our conversation will find their way in. It is one of the poet’s great fantasies come to life, having a secretary recording over your shoulder & making the words fit rhythmically, too. Often it is the second draft of the poem I look forward to typing (in collaborations & just my own poems). The first draft is a catalogue of content, a list of everything available. The second is more a test of skill & the sounds you wish to make. You may have to sacrifice beautiful & resplendent lines in service of the skeleton. This is not to say there might not be a third possible draft, though for me that could be written out a month later or when I’m asked to contribute to a magazine. It is not always that lines must be removed. It may be that the poem needs one or two added. A lot of my practice is listening. I try & respect that I am making demands on an outside force I do not entirely control. It is more about what the rooms want . . . or John Wieners once wrote, “and now the season of the furnished room.” I wouldn’t still be writing if was not more fun than almost anything else & if I wasn’t writing poems that I wished to enter over & over again. I do not dwell on my books. They feel like interruptions almost. They are in pursuit of my present obsessions. That is why I demand so much of their physical appearance, so they might stand a chance against the unfinished work in my desk drawer. I feel like all of this reads like conspiracy theory. I can only speak from what I have found, from the poems that I have written so far . . .

(“What the rooms want” recalling, too, Jack Spicer’s insistence, in one of the “Vancouver Lectures,” that “Language is part of the furniture in the room,” the arrangement of which is up to the poem “what is coming through,” Spicer warning against poets who “can’t resist, if they have all of these benches and chairs in the room, not to arrange them themselves instead of letting them be arranged by whatever is the source of the poem.”) (“Boredom is the cardinal sin” surely a nod to O’Hara’s “Don’t be bored, don’t be lazy, don’t be trivial, and don’t be proud. The slightest loss of attention leads to death.”) Another paragraph—longer by perhaps another half—follows, ending:

. . .Even if a poem may appear in its first reading to be just odds & ends, it’s what the voice has come to. Now it seems that if you don’t leave in all of the sleepwalking & nosedives between lines you should just not bother. The nosedives are what interest me most, the uncanny. Someone has been bringing a brand new cut to this line. It already feels so flattering. I won’t fit in too much with my former self in writing. I will simply write of the rewards gained by a life in the arts, problem solving declarative sentences.

How wonderful: the poem’s “cut”—physique—exceeding that of the poet. Here’s “Seriously Underdressed”:

As ever My heart-

I remember a black

Is it no longer stylish to talk of the heart? Tenuous, sputtery, frank. (Echo’d—with that “wearing it open”—O’Hara’s lovely lines at the end of “My Heart”: “my heart— / you can’t plan on the heart, but / the better part of it, my poetry, is open.” And isn’t there some sense of locket’s kin to jacket—the complexity of stance in “black / Fog inside so / Combed through, trapped / And willingly / Shining me on” somehow recalling O’Hara’s “Joe’s Jacket” with its defiant ending: “it is all enormity and life it has protected me and kept me here on / many occasions as a symbol does when the heart is full and risks no speech / a precaution I loathe as the pheasant loathes the season and is preserved / it will not be need, it will be just what it is and just what happens”?)

There are, I think, some few pieces in Stranger in Town that might fall into the sprawl and inconsequence of what Sigo calls somewhere the “standard random.” End of “A Gallows Garden”: “if it seems // missing again // (copy machine) // Alluvial Plains // Here in this hotel // upon which I typed / earlier drafts from deathrace // a scrap of paper & other poems // Asealingold // I have yet to see.” (In “The Sun” Sigo notes how “torn strings of words get hanged together & are contingent upon one another.” I’m suggesting some contingencies be more compelling—or alluring—than others.) Hanging, and the hangman—along with cons (and the con man): recurrent. There’s a terrific piece call’d “Villon” with a sort of various refrain: “Look out for all the hangmen”:

. . . pass out on haystacks
in a filthy cell, 4 thick walls
leave town
don’t act stupid
& their attendants won’t have you laid out
drying in the breeze
Have the guts to cheat
fill the ears of idiots
with perfect lies
You can fleece them good
Watch out for guys like hangmen . . .

A final piece uncomment’d, call’d “John Altoon” (a Los Angeles-based, mostly figurative, painter of the ’fifties and ’sixties, diagnosed as schizophrenic, who struggled with depression and paranoia, and died at 43 of a heart attack):

The neck
of the flask
pitch black-getting bored
jacked
also madness, insidious
intended ghost
(days late)
I cross green & white flowered seas
Valentines, May Day
conferring with henchmen
one must keep holy
the edges of fragments
slots used
clothes loose
dried bloodspots
bolster elegance
Found a goldmine
outside a mansion
a prolongation
of the art
of very rich hours
oil in
childe ballads
sung, unsung against I should say
“over” though,
The Cosmos
slows it for us
The heretofore unmentioned
26th Series
(he gets the girl)
sparks fall         call me
if you do die 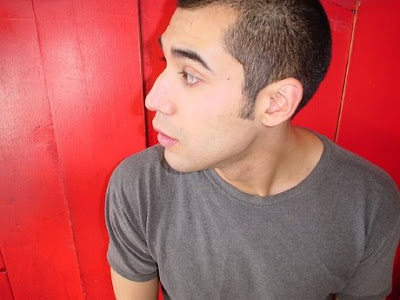