Laurie Duggan’s The Epigrams of Martial

Out of Laurie Duggan’s The Epigrams of Martial (Pressed Wafer, 2010):

You drink from crystal
and you piss in brass;
it’s the vessel between
that lacks class.

‘Make it a double, Johnny
. . . on the rocks . . .’
My fedora tilts.
Ray Charles
sings on the jukebox ‘I can’t
stop loving you.’
‘The same again?’
‘Same again.’
The Great Dead look benign
on whisky labels,
but I’d rather look through a bottle
than be stuck on the outside.

The epigram’s a clock clean’d in a hurry, a deft punch (mostly for the sheer glee of punching). And knowingly target’d. In a short preface Duggan relates how he originally start’d translating Martial (working through Walter C. A. Ker’s prose cribs in the two-volume Loeb Classical Library edition) at the instigation of Scripsi-editor (and Latinist) Michael Heyward:

. . . but something else happened along the way. I recognized in the Edwardian prose versions a tone that I could identify with, realising at the same time that if the poems were to be effectively re-worked in English this tone was the most important thing to retain. I realised that ‘faithful’ translations of satire, while possibly of use to historians, tended to lose the satirical element altogether. For satire to bite as it ought to its objects should be at least generically recognizable and as so much of Martial’s work is ad hominem a good dose of the particular was essential. In localising the poems I ran the risk of creating my own obscurities . . . Satire has to live with the possibility of its eventual obscurity.

Too, Duggan points to identifying (as an Australian) with “the intensity those on the ‘outer’ bring to any tradition (modernism included)”: “Martial was himself from ‘the provinces’ (Bilbilis, in northern Spain) and had brought to Rome the kind of wit (crudity included) that sometimes only ‘provincials’ are capable of.” I love to toss out a slew of versions, something ineffably heart-buoyant in multiplicity. Here’s Ker’s version of I : LXXIII:

There was no one in the whole town willing to touch your wife, Caecilanus, gratis, while he was allowed; but, now you have set your guards, there is a huge crowd of gallants. You are an ingenious person!

Dudley Fitts, no slouch, provides out of the 1967 Sixty Poems of Martial the original (note the “ingens” / “ingenious” repetition)—

—and delivers some rather overly jazz’d up (“ten-foot pole” and “bugging and all” and, cringe, “pad”) lines, unnecessarily titled:

There wasn’t a man in town—believe me, Cecil,—
who’d have touched that wife of yours with a ten-foot pole
when she could be had for free;
but now, Cecil,
what with the private eyes and the bugging and all,
your pad’s awash with would-be co-respondents.

(I rather like “Cecil, man, you’re immense!”—just odd enough to avoid immediate dating—and the way it rhymes with “co-respondents.”) Duggan keeps it simple and illicit (and removes the guards / private eyes, a way of updating):

Those who wouldn’t phone your wife
when you were overseas
now stroke her thighs
under the dinner table.

Dear Francine, when I praise your knees,
your face, your hands, your breast,
you blush and say, ‘If you like these,
you ought to see the rest!’

Yet at the Baths, when I swim near,
you shun me utterly.
Fran, are you shy? or do you fear
you’d have to blush for me?

I find Fitts’s “do you fear / you’d have to blush for me?” rather confusing—the nature of that blush being embarrassment at what exactly? (I find the Francine / Fran out of Galla rather coy / clever.) Ker’s prose rendering: “When I compliment your face, when I admire your legs and hands, you are accustomed to say, Galla: ‘Naked I shall please you more,’ and yet you continually avoid taking a bath with me. Surely you are not afraid, Galla, that I shall not please you?” Duggan bravely keeps the smarm and the initial compliment, and tosses the remainder. The result is like a swift jab in the gut, wind knock’d out:

He says:
‘I like the way you wear your clothes.’
He means:
‘I’d like to get into your pants.’
She says:
‘Your tie’s crooked.’
She means
to settle on a bar stool.

All done by means of lineating the repeat’d “means.” Here’s a Rolfe Humphries Martial (out of the 1963 Selected Epigrams):

Sabinus, our distinguished rhetorician,
Has such a subantarctic disposition
That when he jumps in the hot baths of Nero.
The temperature goes promptly down to zero.

Sounds rather like a lyric by the Victorian W. S. (for William Schwenck) Gilbert of Sullivan song: all romp, no cut. Ker: “If you wish, Faustinus, that a bath, so hot that even Julianus could scarcely get into it, should be cooled, ask the rhetorician Sabineius to bathe in it. He makes icy the warm baths of Nero.” Duggan works up Ker’s prose (by stripping it of everything extraneous) and delivers a bee-sting:

To cool a scalding bath
get Doctor T to step into it,
he’s lukewarm enough.

Who “Doctor T” is (if anybody), I do not know. Other “local” references in Duggan’s Martial include Hunter Valley red, O’Connor (a poet), Alan Wearne (“Let Alan Wearne chant / of Blackburn”), Dransfield (a poet), John Forbes, the Tranters, along with the “generically recognizable” (“Arts Functionaries, piss off! / I write for the citizens of Wit” one piece begins.) A final two:

I can’t guarantee you a stiff prick
but I’m always prepared to give you the finger. 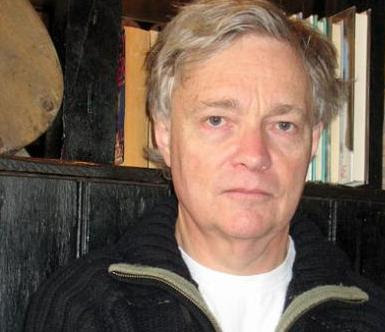