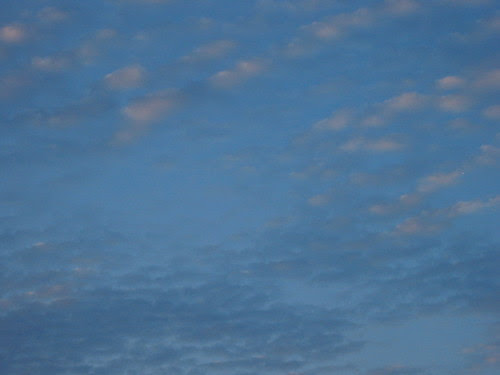 Up and out to the Big Dipper hanging off its lip, the drinking gourd, and a scabrous, antic heart. Thinking, with a flung up imaginary ruler drawing a line “off” the dipper’s lip to pinpoint the North Star, of Ashbery’s “At North Farm”—“Somewhere someone is traveling furiously toward you / At incredible speed, traveling day and night, / Through blizzards and desert heat, across torrents, through narrow passes . . .”—out of A Wave (1984), how it clangs with Audenesqueries (“the granaries are bursting with meal, / the sacks of meal piled to the rafters. / The streams run with sweetness, fattening fish; / Birds darken the sky”) somehow mostly kin to “The Fall of Rome” (“The piers are pummelled by the waves; / In a lonely field the rain / Lashes an abandoned train . . . / Agents of the Fisc pursue / Absconding tax-defaulters through / The sewers of provincial towns . . .”), wheeling clockwork inevitables marking, tonally, both. (The dog grows impatient, strains at its leash.) Struck, reading Ashbery’s Reported Sightings, how regularly he points to the need to avoid any supposèd febrile center. In one 1971 piece he approvingly notes Gertrude Stein’s freedom (anchor’d in Paris “after a rather peripatetic early life which took her across the Atlantic and the American continent several times”) “to go her own way, inspired by Picasso with whom she was in constant contact, and also alone, which accounts for the anguish one feels behind the screen of verbiage in this early work [The Making of Americans], and which ultimately lifts it into greatness.” Ashbery: “The neutral atmosphere of Paris—stilted and arrière-garde on the one hand, teeming with unrecognized artistic ferment on the other; offering a comfortable, neutral, cosmopolitan working space to a writer who did not wish to be disturbed—no doubt helped considerably.”

Ashbery’s routine sidelong (though fervent) acclaiming of the “neutral.” Objects (in “The New Realists”) provide “a common ground, a neutral language understood by everybody, and therefore the ideal material with which to create experiences which transcend the objects . . .” (See yesterday’s talk of what “spokes up” out of Ashbery’s—“neutral”?—verbiage.) In a piece call’d “Joan Mitchell” (1965): “Unlike New York and most other capitals, it [Paris] provides a still neutral climate in which one can work pretty much as one chooses.” Somewhere, too, Ashbery, recounts how Michel Leiris identify’d Raymond Roussel’s prose with “French prose as one is taught to write it in the manuals of lycées,” and adds, approvingly, “In other words, it is a totally neutral medium for the ‘nothing’ [earlier identify’d as meaning “a labyrinth of brilliant stories told only for themselves”] he is telling us.” There’s, too, Ashbery’s note that Roussel is “a poet who is about to be a poet: He is always bringing us face to face with the very latest moment in our thinking: the now where anything can and must happen, the Locus Solus where writing begins”—the sort of blessèd impertinence of what “can and must” intrude. Recall the lines in Flow Chart:

. . . Weren’t there times
in childhood when one felt neutral, a shy appraiser gazing unendangered into
the reflecting globe and when you turned back, moments later, the horrible clashes
hadn’t gone away, but you were somehow parted, a person with things to do?

Incipience and lurch, poised on a precipice. One thinks of the humdrum neutrality of a seismographic “instrument” or an EKG machine, gentle lub-dub of the solitary receiver / witness. Out of “A Wave”:

As with rocks at low tide, a mixed surface is revealed,
More detritus. Still, it is better this way
Than to have to live through a sequence of events acknowledged
In advance in order to get to a primitive statement. And the mind
Is the beach on which the rocks pop up, just a neutral
Support for them in their indignity. . . .

Against the “neutral”—the temperamental restlessness of the dreamer. See the Ashbery-translated Giorgio de Chirico piece call’d “On Silence” (a kind of neutral zone):

In this atmosphere from which all true, actual noise is carefully banished the thoughts of the philosophers ripen; they pass onto paper and then form volumes of printed writing. And thus they travel abroad through the world; they cross oceans, infiltrate all the races, become the bedside book of the rich man who suffers and the poor man who hates, and then revolts and revolutions arise as the storm arises in the sultry sky of a summer afternoon. Gangs of fierce and resolute men led by a kind of Colossus with the beard of an ancient god grab timbers from construction sites and thrust them like catapults against the doors of the grand hotels, the luxurious palaces, the sumptuous residences where millionaires have amassed their riches and the most precious works of art, for they never believed in the danger and always listened to the reassuring speeches, read the soothing articles which began with the eternal refrain: Our people have too much sense, etc., etc.

*
Thus one could say that all true creation must be initiated in silence.

Breakage begun in neutral, that restlessness. (Think how odd is Ashbery’s calling—somewhere in The Tennis Court Oath—a wrecking ball a “construction ball.”) (See, too, O’Hara’s “Memorial Day 1950”: “Picasso made me tough and quick, and the world; / just as in a minute plane trees are knocked down / outside my window by a crew of creators.”) Ashbery reporting (to David Kermani, in a 1974 interview) how he wrote the “French Poems”—in The Double Dream of Spring (1970)—as “an experiment” (“an exercise in avoiding ready-made word patterns in English”): “in seeing whether my sound would be any different if I wrote it in French first and then translated it into English.” The upshot: “in fact it wasn’t terribly much different, I don’t think. It’s perhaps a little plainer and more French, Surrealist style, very pure and plain, than my usual. But I didn’t think it was vastly different from the way I usually write, my style of that period . . .”

That flung up ruler, line cutting across the immeasurable black (with scabrous stars) sky: I am seemingly led astray. Lost in the star charts. (The dog’s slipped its collar and vamoosed.) (David Shapiro says somewhere, of Ashbery’s early work (“Lines like: ‘I must say I / suddenly / she left the room, oval tear tonelessly fell’ or ‘I moved up // glove / the field.’”), that Ashbery is “floating melody inside static.” Neutral white noise with various musicks emerging—“Petals on a wet, black bough.”) Here’s Giorgio de Chirico again:

You must also guard against those silences in nature when all the thousand things that make all sorts of noises in the fields, in the forests, in the valleys and on the seacoasts suddenly fall silent, for they vaguely sense that somewhere over there, beyond the distant horizons, in the depths of the sky, behind the tall mountains, tempests and hurricanes are slowly forming, to burst forth with the roar of thunder and livid lightning flashes. We all know these moments, so highly exciting and dramatic. In villas hidden in the depths of parks the servants have left the windows open because it has been hot, relentlessly hot since the early morning hours; but suddenly the gusts of wind form terrible drafts; the magazines and illustrated journals left out on the metal chairs and wicker armchairs in the garden go swooping upward as high as the rooftops, while windowpanes are shattered and objects are overturned in the bedrooms; and the storm erupts; the lightning plays mysterious and macabre tricks; cooks, master chefs, lie stretched out on the tiles of the kitchen floor, stripped of all their clothing, holding in their right hand a spit that has skewered the half-roasted body of a chicken . . .

Two pieces out of my long poem call’d “A Year”—CXLIV and CCCXIX—here in the recent Brooklyn Rail. 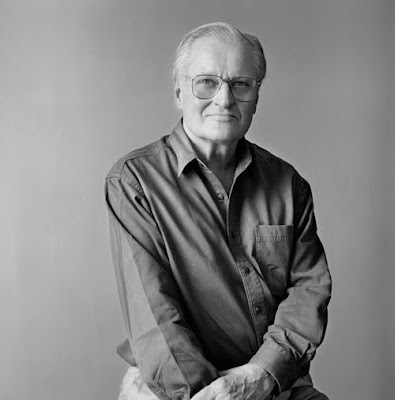