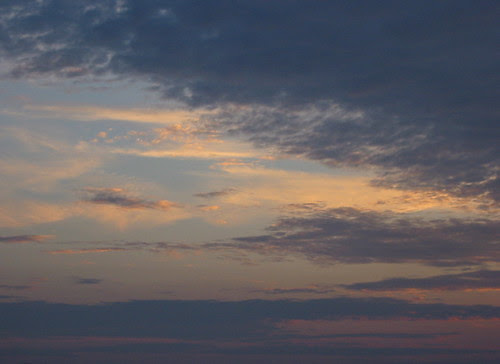 Too many arrivals. Too many departures. Crows bickering at the car-thump’d raccoon carcass, two-leggedly bouncing. Eked out of what minor reading, some hambone slap, a rhythmic counterfeit, insusceptible to what thinking. The air at dawn: sound all ball’d up in its settledness. The dog’s routine sniffs: telephone pole, hedgerow, arbor vitae, stump. Anne Carson, in Nox (New Directions, 2010):

History and elegy are akin. The word “history” comes from an ancient Greek verb . . . meaning “to ask.” One who asks about things—about their dimensions, weight, location, moods, names, holiness, smell—is an historian. But the asking is not idle. It is when you are asking about something that you realize you yourself have survived it, and so you must carry it, or fashion it into a thing that carries itself. There was a man named Hekataios, who lived in the city of Miletos in the generation before Herodotos and who cannot be called an “historian” because Herodotos is regarded as the author of that role, but who composed (about 500 BC) a How to Go Around the Earth (with map) containing this (as I think of it) metaphor for his own activity:

He makes out of myrrh an egg as big as he can carry. Then he tests it to see if he can carry it. After that he hollows out the egg and lays his father inside and plugs up the hollow. With father inside the egg weighs the same as before. Having plugged it up he carries the egg to Egypt to the temple of the sun.

To make a thing carry itself: the work of mourning. Because I am unsettled, fraught, waylaid, hammer’d by doubts. Carson’s box’d Nox, long accordion-fold’d thing. I dip into it (it it made—like a dictionary—for dipping into it) (it is difficult to read, spilling Slinky-style out of its box). Definitions, scraps. Carson’s adverb nequiquam:

[NE + quiquam] to no purpose or effect, vainly, without avail; et sero et nequiquam pudet late and pointlessly she blushes; (in litotes) without cause, groundlessly; (dubious) by no means; (as an exclamation) nequiquam! for naught! (why?)

For no discernible reason (reason of difficulty and beauty, see Aubrey Beardsley, whom I think of, wrongly, at dawn when the sky turns a piquant—piercing!—Maxfield Parrish blue, Beardsley quoted by Pound—“beauty is difficult”) I turn to a large broadsheet letterpress’d sumptuously in daub and umber and burgundy. Andrew Rippeon sent it. It’s call’d Archer Disowns (anagramming out to Richard Owens) and shows a devilish archer posed upside-down (playing card style) against a similarly horn’d lyre-strumming godlet / priest, and a dozen terrific Richard Owens poems. Owens reworking balladry and oldish lingo and battles amongst the American citizenry personal and political (the Civil War evoked in “Union Burying Ground” and “Cumberland Gap”) and the sere economies of hoisting up and moving along--a note indicates the sheet got present’d to Owens on leaving Buffalo, relocating to Maine. A little Villonesquerie—one expects a gallows pole—outs, too, in “Les Clefs de la Prison.” Here’s one:

(thy friends are all of hye degree
wrought a beneficial bane

sith I made thee my choice
quoth hee—between guns:

I don’t like a railroad boss
incapacity to apprehend

& I of meane estate—full hard
daylight the old groom

running from the stable
pushed open the door—save

Strings heavenly and secular (straight up the economic ladder to, say, the “railroad boss.”) Hints and rhythms of the old songs brimming with eternity. (And didn’t Baudelaire says modernity’s task is precisely that of “deducing the eternal from the transitory”? “In order for modernity to be worthy of becoming antiquity, the mysterious beauty which human life has involuntarily put there must be extracted.”) In an earlier limit’d edition, Embankments (Interbirth, 2009)—works now included in the marvelously titled Embankments / Outtakes / Uppercuts (BlazeVox, 2010), Owens’d quoted some lines out of Robert Duncan’s “Prospectus for Ground Work”: how the ground of one’s being “loses itself in the deeper ground, the ground of being alive in that deeper ground, the ground of music we are ever reminded of in the depths of what man himself has created in music.” Owen appends the Duncan to a tiny piece call’d “Misreading Creeley” that speaks rather wonderfully of an “excrement / of accumulation” (I think of Whitman’s paean to infectious decay and renewal: “Behold this compost! behold it well! / Perhaps every mite has once form’d part of a sick person . . .” Or of Carson’s Hekataios of Miletos putting the dead in a hollow egg.) Here’s another:

In My Own Shire

confide in like conditions
—profligate divisions
wedged within what systems

charge this natural basis
—for their work
advancing unsettled agendas

There’s a splendid defiance and stubbornness here (I read some of it as being “about” lineage, that damnable need on the part of some up-the-chain “precursors” to claim literary offspring: “pretenders guide us round / —to have our bones / planted by force in their gardens”). I do suspect, though, that Owens look’d hard at (“alive in that deeper ground”) Susan Howe’s work, at the Tom Pickard of Ballad of Jamie Allan, amongst a slew (or slough) of others. One more off the Archer Disowns broadsheet:

Complaint from the Holy Land

knowe not change
not the falling fruit

from his loins a likeness
to turn thee yet again

& by a lock of mine head
dare not lift mine eyes

Fury, too, a thing that makes its own container for the carrying. 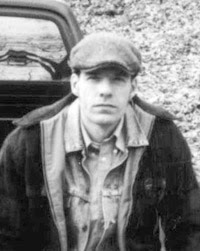