A dullard’s morning. Fustian and bombazine. Weekend of the usual heedless wheeling of the Vibe here and there with too little sleep. Dull’d by sheer unconstraint. Read “at”—and enjoyably—Tom McCarthy’s C. I keep thinking of Pynchon, that seemingly hallucinogenic clarity of historical particulars (here, partially, the doings of aviator-observers flying above the trenches of WWI France). “Rubbed out and rebegun.” The weekly metamorphic. Guy Davenport: “Man’s awareness of nature’s flux has been discovered again and again, always with fresh surprise (Pythagoras found a seashell on a mountain, Leonardo da Vinci found a seashell on a mountain, Alexander von Humboldt found a seashell on a mountain): it is an idea which the mind hides with protective complacency. Our century, within which an English white moth has become as black as the soot of the industrial towns it inhabits, assumes that the subject was worked up most imaginatively by Ovid’s study of man changing to animal and most scientifically by Darwin’s study of animal changing to man . . .”

Guy Davenport, in the “Foreword” to Cities on Hills: A Study of I-XXX of Ezra Pound’s Cantos (1983), a revision of Davenport’s Harvard doctoral dissertation (1961) “written some thirty years ago and left unpublished in the hope that it might be extended to a full commentary on the complete poem” (one wonders if any substantial notes, &c. exist in Davenport’s papers towards that commentary):

When Pound died in 1972 he had not finished The Cantos. In one sense of finish, they remain “a draft,” and in another they lack the conclusion the poet wanted. Pound once showed visitors to St Elizabeths the final canto, all in Chinese, a kind of Confucian ode to personal and civic virtue. When I asked him once if the poem would have a title other than the provisional one of The Cantos, he said yes, but did not say what it was to be. The question got him to talking about the definitive edition of the work. It was to have on the title page, beneath the undisclosed title “a Läufer from Frobenius”; that is, a striding hunter, bow in hand, from the prehistoric rock paintings of the Sahara Atlas.

Davenport’s later report to James Laughlin (in a letter dated 2 March 1986) of the conversation differs somewhat in the particular of the final canto (out of Guy Davenport and James Laughlin: Selected Letters):

I’ve just sent you a Laufer. If it won’t do, I’ll try another. This one is from Tassili in the Sahara, where LF was one of the first to erleben. (I have no German of a useful sort, but assume that Erlebte Erdteile means a continent observed.) The conversation in which the Laufer came up (St Liz) involved three things desired—a title for the poem, a “Läufer from Frobenius” under said title, and a map of China. I’ve gone through the Kultur Geschichte Afrikas (gift from Ez), the Erlebte, several prehistoric books, and decided that the Läufer must laufen + carry a bow (like Odysseus). A symbol, I guess, of Zweck, the beginning of civilization, the Hunter.

Zweck = purpose, intent, aim. Laufen, to run, walk. Davenport notes, too, that, “Frobenius knew more about bowstrings than any man ever. Note detail of how the string is doubly tied to the bow in this rock painting.” The archaic figure of the Läufer, according to Davenport, “was to have been a symbol for all the beginnings of civilization which the poem charts.” Report, too, of how Pound (presumably again at St Elizabeths) “said that he should have used the word greed rather than usury. (Davenport’s memorial piece “Ezra Pound, 1885-1972” reports thus: “‘Usury,’ I heard him say one afternoon at St. Elizabeths, ‘I wish I’d never heard the damned word.’”) And Davenport’s succinct clarity regarding the latter—what, he says, he thinks Pound “meant all along”:

In largest context, Pound was perceiving that the modern state is a function of usury, and was brought into being to accommodate it. Fernand Braudel’s The Mediterranean and the Mediterranean World in the Age of Philip II demonstrates how banks insidiously grew from speculation on wheat futures to businesses whose commodity was not wheat but money.
And not money but imaginary money, or credit. Once banks with their invisible funds became the center of trade, they then became the financers of all enterprises requiring loans. The state came into being as a tax collector for the interest on loans involving the capitalist and the state (an armaments manufacturer, for instance). The business of the state became that of taxes, and the business of the capitalist was to see that the state consumed more than it could ever pay for. The banker then became a permanent parasite on the people, producing nothing, promoting nothing, sucking blood. It seemed to Pound that this economic arrangement was a cancer spread through the whole fiber of the state.

Pound’s “moral indignation,” says Davenport, “is thoroughly Old Testament.” (Again I think: “rubbed out and rebegun.”) A finely Pound-nuanced picture of Davenport at work (recall how he report’d, approvingly, in “The Pound Vortex”—reviewing The Pound Era—that Pound’d once said of that era that “began in Philadelphia, in classroom of philology . . . in the now gone and impossible idealism of students at the turn of the century”: “we studied until we dropped”):

I am sitting here at my typewriter on a hot July day in Kentucky, writing a foreword to a book. By United States Law I should already have reported what I’m doing to the Internal Revenue Service, with an estimate of what money I will make from this enterprise, and have paid them the income tax on that money. I haven’t, because I’m hoping they will understand that these pages were meant in the estimated advance income tax which I’ve already paid. There is no tyrant in history, before the IRS, which has dared to tax his citizens on money which they have not yet earned. This is plausible economic bureaucracy, however, no worse that the taxes on every exchange of money in the Republic. Pound’s point would be that the IRS does not care what discouragement their exactions cause. Whether they stop a splendid building at the blueprint stage, or starve a painter in the making of a masterpiece, or halt the hand giving charity, or blight a philosopher’s thought, is no concern of theirs.

See Canto XXXVII’s “‘Nowhere so well deposited as in the pants of the people, / Wealth ain’t,’ said President Jackson.” 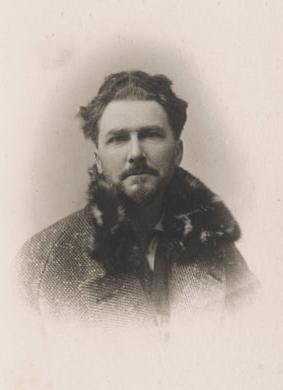