Post-storm, pre-departure dilatory haze, the sun doing its cut-ups up and down the street. Gambols and pirouettes, unwilling to accede its exclusion. Out of Chilean Alejandro Zambra’s Bonsai (Melville House, 2008), translated by Carolina de Robertis, a parsing of early love (and its ending), and Proust’s In Search of Lost Time, “one of those books that still seems pending after reading it”—the way early love gets reread endlessly in subsequent incommensurate loves:

They stopped on page 372 of Swann’s Way, specifically the following sentence:

Knowledge of a thing cannot impede it; but at least we have the things we discover, if not in our hands, at least in thought, and there they are at our disposal, which inspires us to the illusory hope of enjoying a kind of dominion over them.

It is possible but would perhaps be abusive to relate this excerpt to the story of Julio and Emilia. It would be abusive, as Proust’s novel is riddled with excerpts like this one. And also because there are pages left, because this story continues.
Or does not continue.
The story of Julio and Emilia continues but does not go on.
It will end some years later, with Emilia’s death; Julio, who does not die, who will not die, who has not died, continues but decides not to go on. The same for Emilia: for now she decides not to go on, but she continues. In a few years she will no longer continue nor go on.
Knowledge of a thing cannot impede it; but there are illusory hopes, and this story, which is becoming a story of illusory hopes, goes on like this:

They both knew that, as they say, the end was already written, the end of them, of the sad young people who read novels together, who wake up with books lost between the blankets, who smoke a lot of marijuana and listen to songs that are not the same ones they separately prefer (of Ella Fitzgerald’s for example: they are aware that at that age it is still acceptable to have recently discovered Ella Fitzgerald). They both harbor the fantasy of at least finishing Proust, of stretching the cord through seven volumes and for the last word (the word “time”) to also be the last word foreseen between them. Their reading lasts, lamentably, little more than a month, at a pace of ten pages a day. They stopped on page 373, and, from then on, the book stayed open.

Beckett up in there, and Nabokov’s inexorably pressing note (where?) regarding the way a whole personally catalog’d book of knowledge is irrecoverably lost at every human death. Looking for that, I find (Speak, Memory, originally, Speak, Mnemosyne):

Whenever I start thinking of my love for a person, I am in the habit of immediately drawing radii from my love—from my heart, from the tender nucleus of a personal matter—to monstrously remote points of the universe. Something impels me to measure the consciousness of my love against such unimaginable and incalculable things as the behavior of nebulae (whose very remoteness seems a form of insanity), the dreadful pitfalls of eternity, the unknowledgeable beyond the unknown, the helplessness, the cold, the sickening involutions and interpenetrations of space and time. It is a pernicious habit, but I can do nothing about it. It can be compared to the uncontrollable flick of an insomniac’s tongue checking a jagged tooth in the night of his mouth and bruising itself in doing so but still persevering. I have known people who, upon accidentally touching something—a doorpost, a wall—had to go through a certain very rapid and systematic sequence of manual contacts with various surfaces in the room before returning to a balanced existence. It cannot be helped; I must know where I stand, where you and my son stand. When that slow-motion, silent explosion of love takes place in me, unfolding its melting fringes and overwhelming me with the sense of something much vaster, much more enduring and powerful than the accumulation of matter or energy in any imaginable cosmos, then my mind cannot but pinch itself to see if it is really awake. I have to make a rapid inventory of the universe, just as a man in a dream tries to condone the absurdity of his position by making sure he is dreaming. I have to have all space and all time participate in my emotion, in my mortal love, so that the edge of its mortality is taken off, thus helping me to fight the utter degradation, ridicule, and horror of having developed an infinity of sensation and thought within a finite existence.

Off into the roaring—for a week or so. 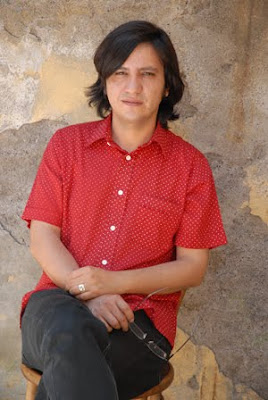