What’s evident in a hurry: Dan Gutstein’s impeccable ear for speech. Consider a paragraph—out of “There’s a Shallow Bend,” one of the short pieces in Gutstein’s terrific rookie gathering, non / fiction (Edge Books, 2010). A man at the River Jordan “whose t-shirt reads ‘Tax me—and I’ll shoot’” is tossing pretzels out into the water at the place “where John the Baptist first baptized folks, and now the Israelis sell postcards, ice cream sandwiches, and vials of holy water”:

“Lookit the size a them catfish,” says another man in the party, as the shadows swimming the bend come up, whiskers and all, for the small treats. “Catfish’ll eat ennything,” continues the man, who is possibly wearing all the colors of creation. “Shoot, I once caught me a catfish with nothing but a shoelace, a safety pin, and a Krispy Kreme doughnut . . . In a hundred year flood, off my back porch, in my pee-jays.”

I love the timing there: that ellipsis signaling how the man knows he’s hook’d an audience that knows he’s running out the line (playing it out for a whopper), so the man obliges, crazier and crazier in the details. A perfect sense, too, of how crowds of Americans abroad (“pilgrims”) ’ll knot up ostentatiously around any suddenly identify’d familiar, a way of disavowing the new by claiming its repertoire—“Nothing like the American perspective,” as a Gutstein character puts it. (Thinking of “the ear”: Gutstein’s extends to sounds, whose textures seem to populate the stories—not unlike Chekhov: so a cough is “a sheet of paper torn in half, into quarters, eighths, sixteenths,” a bullet cutting the air’s “a strop of static, a hard metal bee,” noises get calibrated into a “one huff laugh” or a “demi-glug of milk,” or one reads of “the sound of hundreds of utensils clanking the plain white china.”) Here’s Gutstein’s “Kissing”:

The two girls said they’d kiss us if only we’d steal them a couple cigarette lighters from Drug Fair. “And not no cheap ass Bics, either,” the blonde one yelled, beneath the street lamp, in the middle distance of the parking lot, as Kev and I pushed through the glass door. I knew Courtney, the cashier, who’d been offered a basketball scholarship, but when I nodded, “Hey, man,” he just watched us walk up the tobacco and candy aisle. Kev busied himself examining the different sizes of peppermint patties—a classic diversion—while I stuffed two brass-looking zippos, enclosed in hard plastic, like batteries, into a specially-torn part of my coat’s lining.
When we went to pay for the peppermint patties, Courtney said, “What you got in your coat?”
“Nothing, man.”
“Oh yeah?”
“Yeah, man,” I replied, as Kev slid him four baseball-sized candies.
“Cause I seen you in the mirror,” he said, ringing up a dollar fifty. “Both of y’all.”
We paid, but Courtney held our change. When the manager came striding up to the register, we booked toward the doors, Kev shooting through the one marked “Exit.” I clattered, full body, into the entry door, then followed Kev into the parking lot, sprinting past the knot of cars parked outside Drug Fair. All the other stores had closed, except Sammy’s and the bowling alley, on the short strip of the L-shaped mall.
“Does he have the fucking lighters?” said the blonde, who stood defiantly, arms folded underneath her breasts.
“Yeah, he does,” said Kev. “Y’all gonna kiss us?”
The blonde said, “I’m gonna kiss you. She’s gonna kiss him. But there ain’t gonna be no kissing until we see the lighters. Does he have the fucking lighters?”
I reached into my coat for the zippos and both girls went to work tearing open the plastic, and with limber wrists, whipping the small flames to life. Kev and the blonde walked out of the street lamp. A minute later, they broke the quiet only by saying, “mmmm,” or smacking their lips.
The dark haired one, my girl, finally said “Hi.”
I said “Hi.”
We positioned our legs about shoulder width apart, we tried arranging our hands on the other’s body, we both leaned in at the same time, clashing our foreheads. She applied some strawberry lip gloss. We started to kiss, closed-mouth. I felt as if I were on ice, my lips sliding all over hers. Just then, a police cruiser came to a stop outside Drug Fair, its lights flashing.
“Kev,” I shouted, and the four of us began to run, the girls, their asses in jeans, toward an apartment complex, The Point, Kev and I toward the woods behind the mall.
“Did she French you?” he cried.
“Yeah,” I shouted, my breath before me, “yeah, she did.”
We hunched down as the cruiser drove by, a few times, playing its spotlight across the tree trunks. Eventually, the policeman drove off. A voice behind us yelled, “Get yo’ hands off yo’ puss!” Kev and I both startled, jumping into the air. “Whoo hoo hoo hoo,” said the voice, until I went and found it. The voice belonged to Bobby Mason, a little guy, ninth grade like us, with an older face, like he was thirty-five or forty years old. “Y’all was scared,” he said. “Y’all was like, They’s a Negro in the hedge.” I tried to say, “It’s not like that, Bobby,” but he kept going “Whoo hoo hoo hoo.”
After he calmed down, he produced a short pipe and a sandwich bag full of brown powder he called hash. We smoked the stuff, one of us lighting the pipe as another toked, even though the pipe’s filter failed, and bits of burning powder caught in our throats. I kept meaning to say, “This ain’t hash. I don’t feel a thing.” I tried to express a correlation between the opposite gender and a police action, but we stood there, the three of us, shivering in our paper-thin shirts, for hours.

A story shear’d down to tiny particulars: perfect details like “their asses in jeans” caught by the protagonist in full half-panick’d, half-reluctant flight, evidence of thinking’s lag against the body’s preternatural rip. A number of the pieces in non / fiction proceed with less kow-tow to straightforward narrative convention. (I suspect the title’s a shrug: Gutstein’s way of saying genre’s a negligible thing.) Here’s “Note To Self”:

Listening for the faucet-drip bird or the palm-buzzer bee in the death we call “a conspiracy of dreams.” Not true.

I’d sat on the stone bench with Mrs. Kelly, the black landlady who recalled the nervous white boy stepping, bayonet-first, into the lamplight across the street, beside the convenience mart. Part of the town bruised, she explained, her grey-black hair combed into a grey-black knot. Part burned, part prospered, part got doused, and part of the town burrowed into brick and flotsam. Quick a few hellos and goodbyes or quick a few semis throwing brake drums.

“Give me a scotch and a wash.” The bartender, Bobby, asleep standing up, in his dirty apron. He doesn’t charge us for our second drink so we kiss, the salt of the lip to the salt of the lip. We could hydrate in this way or we could play people-watching: Miss Communication arguing with her cell phone; Miss Behavior spilling off her stool; Miss Conception twirling a black ringlet with her index finger.

The drawl of the aircraft above the cloud and its complexion. Not true.

You left sneaker-sock down the street sneaker-sock. Your horoscope read, “Lunar position highlights emergence from emotional cocoon,” while my fortune cookie told me to check all electrical sockets. At the convenience mart, I reach into my billfold for a dollar, one that spent sixteen years inside the change box of a muddy bus. It unwrinkles where the brown fingers of the clerk snatch it from a square foot of bullet-proof air.

Again, one could argue, some less-defined “correlation between the opposite gender and a police action.” Isn’t that “nervous white boy stepping, bayonet-first, into the lamplight” likely something—a National Guard militia member—out of the 1968 post-King assassination riots that erupt’d in the District of Columbia? A community become subsequently a place to shoot through (“quick a few semis throwing brake drums”). If, though, “genre’s a negligible thing,” a set of conventions and conveniences, it’s likely less the case that all writerly truths impinge equally. Hence: “The drawl of the aircraft above the cloud and its complexion. Not true.” There’s a balance here—a weight’d balance, one that judges—between Mrs. Kelly’s story and the astonishing tangibility of that “dollar . . . that spent sixteen years inside the change box of a muddy bus” offer’d up and snatch’d through “a square foot of bullet-proof air.” 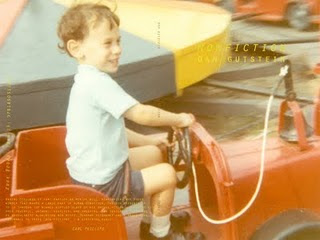 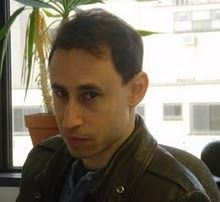