Editor Claudia Moreno Pisano’s Amiri Baraka & Edward Dorn: Selections from the Collected Letters, 1959-1960, the Lost & Found booklet, returns one to David Southern’s piece in the Dorn “American Heretic” issue of Chicago Review, “Forensics in the Provinces: Collecting the Correspondence of Edward Dorn.” Southern, attach’d to the ongoing printing of The Collected Letters of Thomas and Jane Welsh Carlyle, writes:

Thomas Carlyle and Ed Dorn have more than a little in common. Exceedingly bright, both were born into ordinary families of impoverished means and rural settings. Alert teachers—John Johnston in Scotland and Ray Obermayr in Illinois [who provided Dorn with the $300 that allow’d him to go to Black Mountain], noticed their talents and guided each toward a college where they might flourish. Once there—the University of Edinburgh for Carlyle, Black Mountain College for Dorn—special library privileges complemented their autodidactic curiosities. In their journeyman days, each would receive a career boost from an older writer—Carlyle from Goethe; Dorn from Charles Olson. Both would establish early a unique voice that would be received as unusually animated and conspicuous in originality. As they matured as writers, each would experience a lessening among their early enthusiasts. Their increasingly astringent opinions, as in Carlyle’s Latter-Day Pamphlets and Dorn’s Abhorrences, reaped increasingly critical scorn. Both writers read widely, constantly; both enjoyed good talk but “would not suffer fools”; both wrote letters almost daily. Carlyle’s novel Sartor Resartus is, as Jane Carlyle wryly remarked in her notebook, a “philosophy of clothes.” Ed Dorn, too, had great sense of style—his selections, including those from thrift stores, were elegant. The comparison can be extended, though irrelevant coincidences might intervene.

Southern roughly (though plausibly) guesses at the numbers of Dorn letters (“If Dorn wrote three letters a day or fewer, say 1,000 a year on average, that would imply a body of about 50,000 letters. If he wrote half that many, and if half of that smaller sum is lost, the remainder is still comparable with the extent of the existing Carlyle holdings [clock’d in excess of 14,000 letters]”) and calls for an “Office of Dorn Letters,” arguing convincingly that the range of Dorn’s correspondence (“astute and timeless social criticism . . . combined with news and gossip”) and correspondents (mention is made of “incoming mail from more than 200 correspondents”―Tom Clark, Tom Raworth, Jeremy Prynne, Charles Olson, Joel Oppenheimer, Jonathan Williams, Dan Rice, Fielding Dawson, Michael Rumaker, Gael Turnbull, Kenneth Hansen, Donald Allen, Ken Irby, Robert Kelly, Elsa Dorfman, Lucia Berlin, Douglas Woolf, Denise Levertov, Robert Creeley, LeRoi Jones, among others) would make of the letters a kind of “database of an epoch.” (One reads in the Lost & Found Dorn / Baraka booklet that the Paterson Society―recall O’Hara’s assiduously-refusing-naïvete non-statement―“I can’t think of any more than one poem at a time, so I would end up with a ‘poetics’ based on one of my poems which any other poem of mine would completely contradict”―was “Dorfman alone”:

The Paterson Society was ME. I arranged poetry readings in 1959 and 1960 and into say 64 for a variety of writers. And I took a percentage of the money and published some books, namely The Newly Fallen by Ed Dorn and Dutiful Son by Joel Oppenheimer. Actually I gave the money to Leroy, Amiri, and he published them. Those were the days when there were no poetry readings to speak of . . . and I set up tours, etc. I started because I was a secretary at Grove Press and did it to ostensibly have fun and publicize the writers in Evergreen Review.

(If the Carlyle / Dorn parallel appears inept or far-fetch’d, consider, put a couple spear’d moments of each up against one another. Carlyle (out of Sartor Resartus), whose Herr Diogenes Teufelsdröckh is

. . . one of those who consider Society, properly so called, to be as good as extinct; and that only the gregarious feelings, and old inherited habitudes, at this juncture, hold us from Dispersion, and universal national, civil, domestic and personal war! He says expressly: “For the last three centuries, above all for the last three quarters of a century, that same Pericardial Nervous Tissue (as we named it) of Religion, where lies the Life-essence of Society, has been smote at and perforated, needfully and needlessly; till now it is quite rent into shreds; and Society, long pining, diabetic, consumptive, can be regarded as defunct; for those spasmodic, galvanic sprawlings are not life; neither indeed will they endure, galvanize as you may, beyond two days.”
“Call ye that a Society,” cries he again, “where there is no longer any Social Idea extant; not so much as the Idea of a common Home, but only of a common over-crowded Lodging-house? Where each, isolated, regardless of his neighbor, turned against his neighbor, clutches what he can get, and cries ‘Mine!’ and calls it Peace, because, in the cut-purse and cut-throat Scramble, no steel knives, but only a far cunninger sort, can be employed? Where Friendship, Communion, has become an incredible tradition; and your holiest Sacramental Supper is a smoking Tavern Dinner, with Cook for Evangelist? Where your Priest has no tongue but for plate-licking: and your high Guides and Governors cannot guide; but on all hands hear it passionately proclaimed: Laissez faire; Leave us alone of your guidance, such light is darker than darkness; eat you your wages, and sleep!

Up against Dorn (out of Abhorrences: A Chronicle of the Eighties):

America is inconceivable without drugs
and always has been. One of the first acts
was to dump the tea. The drug that furnished
the mansions of Virginia was tobacco,
a drug now in much disrepute.
Sassafras, a cure-all, is what they came for
and they dealt it by the bale altho it
was only a diaphoretic to make you perspire—
people were so simple in those days.
The Civil War saw the isolation of morphine
making amputation a pleasure and making
the block of wood between the teeth,
which was no drug, obsolete. Morphinism
was soon widespread among doctors and patients.
At this date interns, the reports tell us,
are among the premier drug ab/users
of said moralistic nation. “Rock” stars
(who notoriously “have” doctors)
consume drugs by the metric ton
even as they urge teenagers to Say No.
The undercurrent of American history
has been the running aches and pains
of the worn path to the door of the apothecary
to fetch cannabis and cocaine elixirs
by the gallon. It has been all prone
all seeking Florida, Ponce de León
was just the beginning of a statistical curve
whose only satisfaction would be total vertigo.
His eager search for youth has become our
frantic tilt with death and boredom,
in fact we are farming death in Florida
with far greater profit than we are
farming food in Iowa—elixirs are as multiform
as the life-style frauds we implore,
a cultural patchwork fit for a fool
in the only country in the world
with a shop called the Drug Store.

“Multiform / as the life-style frauds we implore.”)

A mean dispersal undeplor’d—so endeth the week. Tool’d around Ypsilanti yesterday in the late slanting cream-color’d light looking to make some photographs, and did. And read Douglas Woolf in the car. 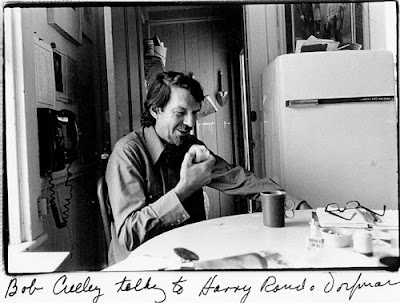 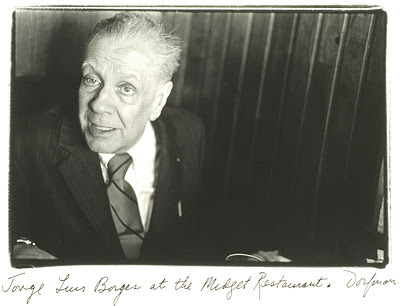 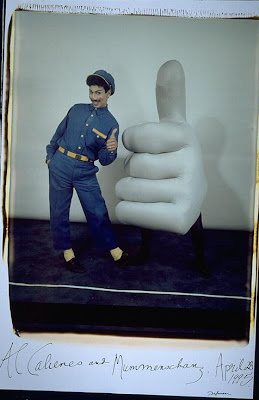 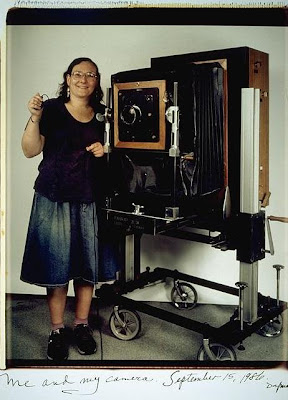