Days off, without “the necessity of bestirring myself to procure my yams” (Melville of so-and-so in Mardi), I hover and drift, dandling my own soul, all self-dunning and excursus. I nap. I pander. I dally. Melville (in Pierre): “Say what some poets will, Nature is not so much her own every-sweet interpreter, as the mere supplier of that cunning alphabet, whereby selecting and combining as he pleases, each man reads his own peculiar lesson according to his own peculiar mind and mood.” In an abrupt bout of mad agreeableness for the scant-wrought doings of my own long-hair’d self (circa 1972 or so), I typed “up” yesterday a piece out of Rubbing Torsos pertinent to the day whitewash’d by glory faux, and then left it unpost’d, a malediction. (What teenager’d recently ask’d, with some plaintive querulousness at history’s pre-plump’d succouring comport: “When someone says ‘the war,’ what war’s usually being refer’d to?”):

You arrive like General Custer, outlaw this gunslinger
and buckle some infidel pact
to my shoulder blades as if it were football Saturday.

It isn’t and the helmet I am carrying is a fishbowl
full of stasis, a deliberate kitty of knots.
Here, strap it on. If you didn’t jerk so, they

wouldn’t call you Whiplash. Each morning
I set cream on you porch and some malingering tomcat
licks it clean as a new bayonet. A recruit’s

thin smile. The sky is a fish belly up, love is
like this or that, the war isn’t over. They’ll never
design a commemorative stamp big enough to patch it.

One endless war transport’d to different terrains, a way of revivifying the sodden (bloody) imperium. A way of adjusting to the fact of the big end unidentify’d and out there waiting. I thumb through a copy of Charles Wright’s newish Sestets (2009), looking for signs of war, “the war.” It’s all twilight and diversion, the tumble into the abyss, consolations of sundown (or, variously, the “staircase . . . / up into the Into”), with sidelights of memory’s leader tangled up like a rat’s nest in the alders, the inevitable snarl: “Pretty nice, but that was then, / when our hearts were meat on the grill.” Though, too, there is (war’s unflagging tin-authority made tuck in the asylum and clemency of speech) the piece call’d “Nothing Is Written”:

In a couple of hours, it will start all over again,
The stars will lean down and stare from their faceless spaces,
And the moon will boot up on the black screen of the sky,
humping toward God-knows-what,

And we, with our pinched mouths and pinched eyes, the next morning
Will see its footprint like a slice of snow
torn off over Caribou,
Looking for somewhere else to be born.

A whole star-fleet of drones—that facelessness, see the “black screen of the sky”—with only the moon boot’d up and humping off, or in. Wright, in Italy, after the aftermath of WWII, notes (in “Remembering Bergamo Alto”) a “postapocalyptic poetry” that “starts with a dog bite / And featherless birds in the ruined trees, / People nowhere to be found.” The piece, wholly depopulated (“empty boulevards, / Chairs in the public parks with no one to sit in them”) veers off into a tiny punctilium of soundings immiscible (the “natural” prick’d by the human unseen), a Chekhovian move: “Mostly it’s wind in vacant spaces, / and piano chords from a high window.”

Williams, to Horace Gregory—May 9, 1944—“art is a transference—for psychic relief—from the actual to the formal, and if this can only be achieved by invention, by rediscovery, by reassertion by the intelligence and the emotions in any and every age—and if the grand aspect of this living drive is, when it occurs, a culture, then, I say, our chief occupation as artists, singly and jointly, should be the clarification of form, new alignments, in our own language and culture.” Note how quickly Williams’s “living drive” gets transform’d into war lingo (infiltrator of a culture’s subconscious): “We cannot go back because then the form becomes empty, we must move into the field of action and go into combat there on the new ground.” And: “We here about New York are most fortunate in having such a difficult ground and such a history, so beset by the enemy.” Is “the actual to the formal” a thing one’s able to reify out of the arch substrate of theory-talk? I don’t know. Days like these—the sky one whole cloud, the wars everywhere continuing (“on the condition of anonymity”)—I doubt the any form beyond that of the supplier of “the cunning alphabet” with its endless rub of variance, that “kingdom of minutiae” (Wright). The clouds not “piled like Armageddon / . . . intent on incursion,” the sunlight not “sealing—stretched like Saran Wrap— / The world as we know it, / keeping it fresh-flamed should tomorrow arrive” (Wright). Acrimony “at” lingo’s own “pre-plump’d succouring comport.” 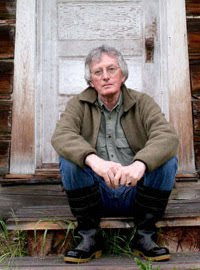