“Breasts,” he said. “They look like great breasts.” I had nodded off for a bit and thought that I had missed a conversation, but after inquiry some hours later I found that that was the conversation. Prynne was watching the Idaho foothills. The driver drove. (It is this kind of story that Hazlitt might have had in mind when he observed, “The difficulty of forming almost any inference at all from what men write to what they are . . .”) Being the smallest figure of the group, not by much, I was saddled in between Martin, gazing out the window to my left, and Keston who, like me, was still in a fit of reckoning from the night before. He jolted about and made sharp sounds. Prynne laughed back, “You o.k. old boy?”

Being the terrific opening to Steffen Brown’s “Prynne in Boise” (out of the Boyd Nielson-edit’d A Thing Terrible to Publick Traytors (Property Press, 2010). Writers wedg’d in cars, the behaviors of—I’m sure there’s a whole sub-genre there (beyond the “for / christ’s sake, look / out where yr going” beat). A. R. Ammons used to repeat—with somewhat increasing savor as high reputes visibly slip’d the publick hawsers (as reputes invariably will)—how he’d had to fetch Robert Bly, James Wright, and Galway Kinnell for a weekend of readings (early ’seventies) at Cornell. The giddy three deposit’d in the car, the highway merge negotiated, one of the three sang out: “Drive with caution, you’ve got the future of American poetry sitting in the backseat of the car!”

Prynne’s Idaho, a place he’d apparently visit’d with Ed Dorn. Brown reports how Prynne prefaced one reading “with short Idaho-esque anecdotes and poems by both Pound (reading part of the Pisan Cantos) and Dorn” and, later, “passed around photocopies of the entire chapbook, Idaho Out (Fulcrum Press, 1965), and proudly pointed out the copyright page on which it is written, in a staccato cursive, Numero uno / For geronimo / from Edwardo / ocho de enero de 1966.” Brown’s short reading of Prynne pushes Dorn’s writerly concerns (and the way Idaho itself—more than Black Mountain—“shaped the loose and dispossessed lyrics that scar the entirety of [Dorn’s] work”) into Prynne’s own: “Dorn’s aesthetic and political concerns in regards to the stretched and disenfranchised Being blotted out by the Western Machine can be darkly traced through much of Prynne’s earlier work.” And:

Each of Prynne’s books . . . disassembles and adds to the parlance of a growing political shape-shifting of the same. Prynne . . . distills the diction, corrupts his syntax in correlation with the corruption of system-politics and opens the entirety of language to dispense a still clear echo of Dorn. What is different though, is that Prynne constricts the vast physical and emotional space that is found in Dorn’s work and opens up a vernacular that punches into almost every particular mode of being on the late 20th and early 21st century playing field.

I’m not entirely convinced that either Dorn or Prynne’d cop to syntax-corrupting’s being a useful combat to “system-politics”-corrupting (that’s Johnny-come-lately Language schoolboy talk)—the one-two “punch” of the two’s vernacular reach, though: precisely. Brown: “One of the great triecks of Prynne’s poetry is that he is able to catalyze each of the many language persona’s he adopts to affect a singular voice. He does this sonically and with the idea of economy. . . . And economy for Prynne stretches wide: economy of Capitalism, economy of word, and economy of emotion.” And Brown registers how thus, Prynne’s poems (particularly late Prynne) manage to rally whole ranges of diverse lexicons “into common orbit.” So: Dorn and Prynne, side by side:

Petrol in search of flame hardly a ham sand-
wich, where the draft pulls out neither fear nor
care less, any cap provokes lateral adventure call
it tip to tip brownfield rematch. Eyelid passion
blinks at a stab, ability and growth packed tight
in cat litter. Born and live wiring, get native
cover shots askance. Flimsy torn muscle will lie

gaunt to blood supply on a spiral, late shifting
derelict pincers meet the press corps. Run a hand
back-linked for aid review, go on faster to storm
the house of engagement, boarded up justly. Flicker
shot won’t say, picked on the vine to claim kin
and cost more, wrecked private parts in banana
recruitment. Don’t ever now take heed of that.

From the cabin in the sky
spread out below the swept alcoa wing
sweeps the vast retrotransit where Mother earth bared
her breast of verdant wheatgrass in irrigated circles,
the irrigating nipples of agrabiz where I-80 skirts and elevates
the fierce little beams of westering traffic
through fields of broken shale
around the shoulder of broken terraces
and over hills of loess laid down
at 500 miles per hour off the face of the ice sheet—
It is quiet out there now—the taste of dog
raised on Friskies, a revolutionary food,
a predator’s windfall—the Spam of concocted dogs,
the moral equivalent of chicken soup. But
a dog like that is rarely let out, therefore
such an encounter is deep in the books.
Verisimilitude rules the Dog world. The scent of dog
permeates the cabin, Old Smokers, off the weed for years,
take it in, the original southern, State Narcotic.
Too big to ban: too bad to smoke.

Is there an identifiably similar “stance”? begrudging iterations of the unspeakably crass and unvanquish’d world? Is Prynne’s quoting of Coleridge’s “critical but importantly correct view of Wordsworth, formed early on” apt? Originally recorded by Hazlitt (in Prynne’s 2007 Field Notes: “The Solitary Reaper” and Others) it goes: “there was a something corporeal, a matter-of-fact-ness, a clinging to the palpable, or often to the petty, in his poetry, in consequence. His genius was not a spirit that descended to him through the air; it sprung out of the ground . . .” I’d intend’d to look at earlier poems by each, thinking—trigger’d by Brown’s nod at Hopkins—of something like Dorn’s “The Rick of Green Wood” with its balladic weave of vocables (“something strong / and thin, or thick if dry, but I don’t / want the green wood, my wife could die”). (See something like Hopkins’s “Ribblesdale”: “the heir / To his own selfbent so bound, so tied to his turn, / To thriftless reave both our rich round world bare / And none reck of world after, this bids wear / Earth brows of such care . . .”) Wouldn’t Dorn’s “Rick” echo up against something like Prynne’s “Bronze : Fish”—gather’d right randomly, originally in The White Stones (1969):

We are at the edge of all that and
can reach back to another
matter, only it’s not back but
down rather, or in some involved
sense of further off. The virtues
of prudence, the rich arable soil:
but why should ever the whole
mercantile harvest run to form
again? The social cohesion
of towns is our newer ligature,
and the binding, you must see, is
the rule for connection, where we
are licensed to expect. That’s
the human city, & we are
now at the edge of it. Which way
are we facing. Burn the great sphere:
count them, days of the week.

Nothing concluding. (In Dorn’s 1966 The Shoshoneans: The People of the Basin-Plateau, he quotes a paraphrase of a prayer record’d at Wind River in 1937 by anthropologist Demitri B. Shimkin: “May this one here go well, protractedly go well, eating food go well, drinking go well. That he here will protractedly be feeling well, indefinitely keep on going well, I pray. That on this Earth he will keep on feeling well, I pray. That is all.”) (A simple necessary economy of being, that ongoingness.) 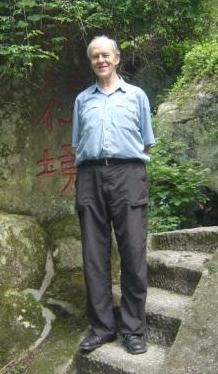