She was a non-student, a runaway from smalltown lowclass Oklahoma, she said, come to Berkeley she didn’t know why, her boyfriend was into an off-the-wall movie trip, like we were into this thing where the camera is your brother so you’re free to do anything , do any thing, every thing you can think of, a sex thing, everyone was up on acid, and I began thinking, shit man, we’re into this thing where all learning is considered good, like that brought us the hydrogen bomb, you know.
Later, leaving her apartment, that’s the real problem, she said, it’s too damn bad everything has to be so casual.

That’s a story by Dale Herd—out of Early Morning Wind and Other Stories (Four Seasons Foundation, 1972)—one of the shorter pieces in the book (though the majority number only a page or two—the longer two, “The Normal Girl” and “Lucy in the Sky” running up to a mere dozen or so pages). Here’s another:

“Do you think there’s someone like that? I mean someone who would know how to be with me when they were with me? That’s not being sentimental, is it? I mean someone who really wanted what I have to give. That’s not too much to ask, is it? I mean they wouldn’t have to stay or anything. I’m not silly enough to ask that. I mean I’m not the only woman in the world, am I. I certainly don’t think that.”

Herd’s ear for the period’s speech is impeccable (along with a paring down of extraneous incident to some nub where pure inflect musters up a whole history unwrit). Loss interject’d with yearning, toughness cut with unsteady contempt for it. Or street-bravado (with its lingo and trappings):

He was peddling speed and coke, a very flashy dealer in tapestry bellbottoms, yellow ruffled shirt, leather coat, leather headband, long hair flowing down to his shoulders. We walked together for a minute going up past City Lights Bookstore.
“Naw, that’s bullshit, man, cause I’ve been hassled with too much, I’m not going to be hassled with again. If they come they’d better come in pairs cause one isn’t going to do it and if he shoots he’d better kill me cause I’ll shoot the fucker if he misses and if he kills me then I’m free cause when you’re dead you’re free.”
Then: “I want to be free and we can’t be free as long as one of those pigs is alive.”
Then: “No narc would come up here, man, cause if they did they’d be killed with fucking butcher knives.”
Another cat with long hair and narrow stovepipe bells was standing at the corner waiting for the light. He overheard us.
“With machine guns, man,” this guy said, “every fucking one of them.”

A whole attitude (the judgment of “withholding judgment”) in the curt economy of the “Then”: the narrator seeing the dealer for the blusterer he is.

I went looking for Herd’s work after Michael Lally put up a note about the Blue Press edition of a chapter of Herd’s Dreamland Court, a novel of voices (overlapping, simultaneous, present’d typographically so). Serendipity of the library: Early Morning Wind—being “Writing 29” in Donald Allen’s terrific series—ends up “bound with” David Schaff’s The Moon by Day (Writing 28) and the Allen-edit’d Creeley document, Contexts of Poetry: Interviews 1961-1971 (Writing 30). Schaff’s seemingly unsung of late (though Ron Silliman mentions him in the course of arguing for a “New Western” clump). (There’s a note too, elsewhere, saying Schaff’d read at the Berkeley Poetry Conference with David Bromige, James Koller, and Ken Irby, tape lost. No biographical sketch append’d to the volume, though there’s “Also by David Schaff”—Tables and The Ladder.) The Moon by Day collects a number of “Dedications”—dated 1967-1969—for (amongst others) Robin Blaser, Bromige, George Stanley, John Wieners, Charles Olson. Here’s a piece:

By it you meant
flesh       and its opposites

thin notes
on a roulette wheel

confusing one ‘you’
with another

don’t believe in meta-physics.
By the word is meant after’

I spun off, could not
make it there or make sense

You were in the bar
I lay on the dance floor
with no wheel but this:

a door you won’t lock
accumulating power
through ungirded windows.

Veers off into what I’d call “Duncan-land” there at the end. Tutelage to a magus, blood rituals, who knows? (Though it emerges, naturally enough, out of some variant of flesh-malady, what to do with it, an onus comparable to that of knowledge?) 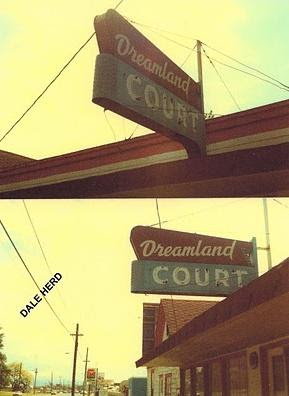