The way notes fit so poorly into the unguard’d splay of the quotidian. (Or is it that my foreshorten’d—time-cramp’d—ruckus of compiling disallows a proper fulgency of means.) (Allows a roiling turgidity and “bounce.”) Poking around in Muriel Rukeyser’s work—a poem call’d “Gibbs” (curious what impel’d her to write the biography, Willard Gibbs)—reading:

It was much later in his life he rose
in the professors’ room, the frail bones rising
among that fume of mathematical meaning,
symbols, the language of symbols, literature . . . threw
air, simple life, in the dead lungs of their meeting,
said, “Mathematics is a language.”

There is no disorganization, for there is no passion.
Condense, he is thinking.       Concentrate, restrict.
This is the state permits the whole to stand,
the whole which is simpler than any of its parts.
And the mortars fired, the tent-lines, line of trains,
earthworks, breastwork of war, field-hospital,
Whitman forever saying, “Identify,”
Gibbs saying
“I wish to know systems.”

Years of driving
his sister’s coach in the city, knowing the
rose of direction loosing its petals down
atoms and galaxies.       Diffusion’s absolute.
Phases of matter!       The shouldering horses pass
turnings (snow, water, steam) echoing plotted curves,
statues of diagrams, the forms of schemes
to stand white on a table, real as phase,
or as the mountainous summer curves when he
under New Hampshire lay while shouldering night
came down upon him then with all its stars.
Gearing that power-spire to the wide air.

Withdrew.
It will be an age of experiment,
or mysticism, anyway vastest assumption.
He makes no experiments.       Impregnable retires.
Anyone having these desires will make these researches.
Laws are the gifts of their systems, and the man
in constant tension of experience drives
moments of coexistence into light.
It is the constitution of matter I must touch.

Deduction from deduction : entropy,
heat flowing down a gradient of nature,
perpetual glacier driving down the side
of the known world in an equilibrium tending
to uniformity . . .

He knew the composite
many-dimensioned spirit, the phases of its face,
found the tremendous level of the world,
Energy : Constant, but entropy, the spending,
tends toward a maximum—a “mixed-up-ness,”
and in this end of levels to which we drive
in isolation, to which all systems tend,
Withdraw, he said clearly.

Typing what moves (tacking it down to the drying board). There’s a line about “a streak of brightness / bland on the quartz, light-blade on Iceland spar / doubled” that sent me off to Pynchon’s Against the Day (wherein Iceland spar’s associated with “bilocation”—a person’s ability to inhabit two places simultaneously, and where one of the Traverses (Kit) studies mathematics with Willard Gibbs). Too, I think, typing, of Ronald Johnson’s terrific Ark (beyond the “Gearing” of “that power-spire to the wide air,” Johnson’s way of seeing outs in the minuscule’s aping of the gigantesque, that “rose of direction loosing its petals down / atoms and galaxies,” or the way the “shouldering horses” turnings mimic “shouldering night” and its star-whorls.

“Gibbs” is part of a group of five “Lives” that appear’d in Rukeyser’s A Turning Wind (1939), the others being pieces about painter Albert Pinkham Ryder, labor organizer (in the New England textile mills) Ann Burlak, writer John Jay Chapman, and composer Charles Ives. Rukeyser wrote that the batch “is intended to stand with “The Book of the Dead” as part of a projected work, U. S. 1. The five people around whom it is written are Americans—New Englanders—whose value to our generation is very great and partly unacknowledged.” (Thus Rukeyser’s biography of Gibbs—publish’d in 1942—succeeds the poem.) Rukeyser—in the late ’thirties—is investigating the kind (Ryder, Ives) of individuals Guy Davenport and Jonathan Williams (along with Johnson), amongst others, adopt (and extol) shortly thereafter: and there’s little (if any) mention made of Rukeyser. (Who reads Rukeyser? It’s entirely possible that my sense of that readership—or its lack—is “off.” The failure (and subsequent sense of Rukeyser’s being caught between partisans of the various warring “clumps”) may be my own.) Isn’t Rukeyser (particularly in “The Book of the Dead”) central to a whole documentary writing thrust that flourishes in the ’thirties and includes things like John Dos Passos’s Manhattan Transfer (1925)—follow’d by the terrific trilogy U.S.A. with The 42nd Parallel (1930), 1919 (1932), and The Big Money (1936), Charles Reznikoff’sTestimony (1934), and James Agee and Walker Evan’s Let Us Now Praise Famous Men (1941)? 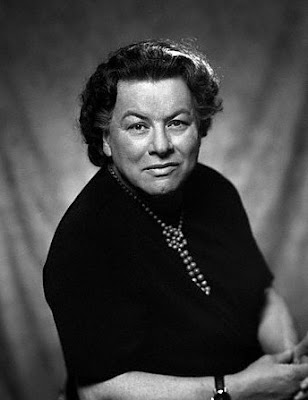