To trust Providence for provender―the kind of thing that outs in the aftermath of a bird’s nailing one with an ammoniac splat whilst bicycling to work. So Linnaeus (reporting the journey to Gotland of 1741):

Grasshoppers were chirping in the meadows, and we caught one. . . . The female draws out her tail like a long sword. The male is entirely green and has four teeth in his tail and two claws between his thighs; in the wings, which lie on top of one another, there is a round hole the size of a vetch-seed and covered with a thin membrane. When the grasshopper serenades his beloved he rubs his wings together and the taut membrane produces the sound; thus his song comes from his wings, not from his mouth. The female has no such instrument in her wings and is obliged to remain silent. . . .
The mouth of both male and female consists of two pairs of jaws, the upper provided with a number of sharp teeth but the lower having none. . . . When the farmers have warts on their hands they take one of these grasshoppers and put the wart to its mouth. The grasshopper bites and injects a black corrosive liquid which removes the wart.

Make correspondings of Providence’s rude own with like: how I love that “hole the size of a vetch-seed”—its implacable and apt “to hand’dness.” (I doubt the efficacy of the grasshopper’s tobacco juice, though the milk of the milkweed smear’d with no stinginess against like excrescences protuberant causes the necessary dehiscence.) (Northern Michigan summer days, me in a tatter’d T-shirt and runt jeans trying endlessly to capture a flying Carolina grasshopper: sand-color’d, it’d land in the sandy track of the logging road, and clack noisily up at approach.) Lorine Niedecker, who says things “worth sticking to,” in a letter to Cid Corman (January 30, 1968), says of George Oppen (after a somewhat begrudging “yes, there’s something intriguing there”), that “there are times I’ve felt he’s down in the grass as an insect (singing from his knees), all angular, a kind of constipated grasshopper.” Is the sine qua non of grasshopper-y foolishness Socrates’s story in Plato’s Phaedrus?

A lover of music like yourself ought surely to have heard the story of the grasshoppers, who are said to have been human beings in an age before the Muses. And when the Muses came and song appeared they were ravished with delight; and singing always, never thought of eating and drinking, until at last in their forgetfulness they died. And now they live again in the grasshoppers; and this is the return which the Muses make to them—they neither hunger, nor thirst, but from the hour of their birth are always singing, and never eating or drinking . . .

(Which’d make Niedecker’s Oppen-remark rather less condemning.) Too, Keats, “On the Grasshopper and Cricket” (in lieu of the hedge-crickets): “The poetry of earth is never dead: / When all the birds are faint with the hot sun, / And hide in cooling trees, a voice will run / From hedge to hedge about the new-mown mead; / That is the Grasshopper’s—he takes the lead / In summer luxury,—he has never done / With his delights . . .” Against Pound’s (Canto LII):

Month of the longest days
Life and death are now equal
Strife is between light and darkness
Wise man stays in his house
Stag droppeth antlers
Grasshopper is loud,
leave no fire open to southward.

Or the lovely (stunning by being so notably imprecise) line in Canto XVII: “Sunset like the grasshopper flying.” It’s Williams (in the second book of Paterson, the “Sunday in the Park” walk through Garret Mountain Park—“Outside / outside myself / there is a world”) whose grasshopper provenders my own:

When! from before his feet, half tripping,
picking a way, there starts           .
a flight of empurpled wings!
─invisibly created (their
jackets dust-grey) from the dust kindled
to sudden ardor!

They fly away, churring! until
their strength spent they plunge
to the coarse cover again and disappear
─but leave, livening the mind, a flashing
of wings and a churring song       .

AND a grasshopper of red basalt, boot-long,
tumbles from the core of his mind,
a rubble-bank disintegrating beneath a
tropic downpour

─a matt stone solicitously instructed
to bear away some rumor
of the living presence that has preceded
it, out-precedented its breath       .

These wings do not unfold for flight─
no need!
the weight (to the hand) finding
a counter-weight or counter buoyancy
by the mind’s wings       .

Chapoltepēc meaning “place of grasshoppers” in Nahuatl (see the Mexican word for grasshopper, chapulín). Of Cummings’s banally disjoint “r-p-o-p-h-e-s-s-a-g-r” there is little to say. 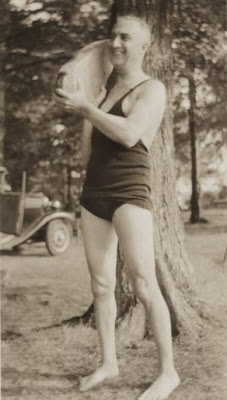