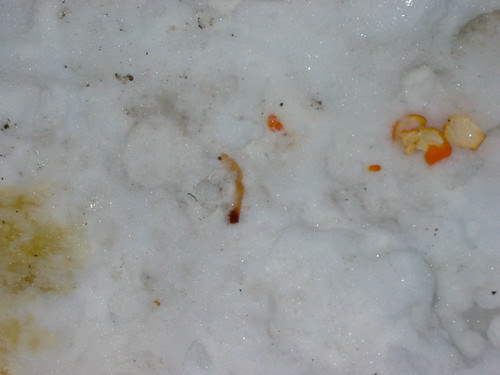 Where did Emily Dickinson write that “Transport is not urged—”? One urges in the daily work, precisely. And “transport” is rare. Slung in one’s chamber in a morass of books, unfocus’d, in some remedial grubbing-around stage, larval viscosity word-immiscible, all grunt and holler. That’s how it is. “How can one have an intelligent air without thinking of anything intelligent?” Eppur si muove. So I peer into a book of photographs only to begin sneezing abruptly. Slits between planks boarding up the wall of a barn: merest parallels of light.

If I turn to the Elizabeth Willis-edited Radical Vernacular: Lorine Niedecker and the Poetics of Place (University of Iowa, 2008), I learn that Niedecker’s T & G, title of the 1968 collect’d, “is a condensation of Lawrence Durrell’s ‘tenderness and gristle.’” And think how odd that fact (isolated) is, and how thoroughly one (by the act of noting its “oddness”) puts Niedecker into the seemingly colossal indifference of her surroundings. That is, “peripheral” to someone so internationalist as Durrell. Which is, partly, what the “vernacular” essays investigate: how deeply ingrained the chauvinisms of the “centers” can be. So, one reads Michael Davidson’s essay, “Life By Water: Lorine Niedecker and Critical Regionalism,” with a wariness born of stubborn Midwestern distrust of uppity city-folks. And witnesses something akin to the slicker who call’d in a semi to move a dug-in stickler of a mule when a parsnip and sweet-talk ’d sufficed. Davidson borrows “critical regionalism,” “a term from architecture that has been used to describe the role of local, vernacular traditions against more universalized . . . alternatives,” and tries to muscle it around the Niedecker corpus. Thus, “regionalism,” rather than reinforcing “populist, even xenophobic cultural agendas,” if “used as a critical vehicle . . . can, by its exploitation of the vernacular and local, create an alternative to . . . ‘world culture.’” Davidson quotes Kenneth Frampton’s “Towards a Critical Regionalism: Six Points for an Architecture of Resistance”:

In this regard the practice of Critical Regionalism is contingent upon a process of double mediation. In the first place, it has to “deconstruct” the overall spectrum of world culture which it inevitably inherits; in the second place, it has to achieve, through synthetic contradiction, a manifest critique of universal civilization.

Tall, um, order. Overlook’d in the folderol of getting Niedecker’s verse into the fold to align with some imaginary ‘world culture’: any possibility of a Bartlebyan stance of “I would prefer not to,” or of the possibility that Niedecker is precisely the Fort Atkinson figure of O’Hara, a strong and independent force who (Ashbery’s line) “does not attack the establishment,” but “merely ignores its right to exist.” “And is thus a source of annoyance to partisans of every stripe.” Niedecker work’d with the materials at hand (not unlike O’Hara). Witness, though, Davidson’s discomfort with the materials. He says: “The detailed botanical descriptions of plants and flowers often resemble Marianne Moore’s catalogues—fits of taxonomic exuberance that satirize the will to evidence.” To claim the “fits” “satirize” is to dismiss the material itself, that is, the particular flora and fauna of the region, and to overlook the possibility of the presence therein of an “extolling” culture in itself. (Elsewhere Davidson remarks Niedecker’s “use of hardy plants or tenacious waterfowl”—the latter a kind of city-prose cartoon figure, hardly assimilated, a Dutch Pieter Ten Duck, the “tenacious waterfowl.”)

One danger of my argument here is that Niedecker returns to what Gilbert Sorrentino call’d (warning against it): “that astonishing creature, the true pastoral poet, naive amid the glades and rills and humming bees,” the “bumpkin savant,” a kind of Black Hawk Island John Clare. No. But to burden Niedecker work with the work of opposing globalism seems farfetch’d. (In a curious list, Davidson offers some other “alternative histories” written around “marginal spaces”: “Charles Olson’s Gloucester, Gwendolyn Brooks’s Brownsville, James Wright’s Dakotas, Cherrie Moraga’s, Central Valley.” Except for “Outside Fargo, North Dakota”—whose generic silo and “three heavy white horses” ’d thrive anywhere in the Midwest—did James Wright write anything about the Dakotas?) The reverse strategy—of seeing the local Wisconsin landscape &c. play’d out neat in Niedecker’s lines—is probably equally farfetch’d, a back-formation. Davidson sees Niedecker “finding a kind of vulcanized language, resistant to unitary semantics yet embodying the almost tectonic pressures of its formation” and claims that “the fusion of language and landscape manifests itself in the adoption of a triadic stepped line and increasingly broken syntax and heavy enjambment, as though lineation itself could embody something of the geology of the region.” And William Carlos Williams’s triadic line mimicks the slant and stepped Rutherford escarpments of the houses he did the doctoring in? 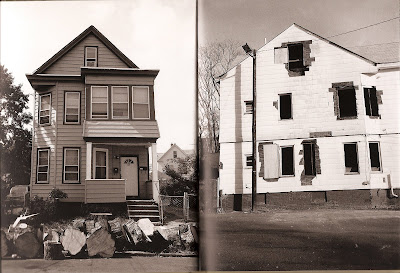