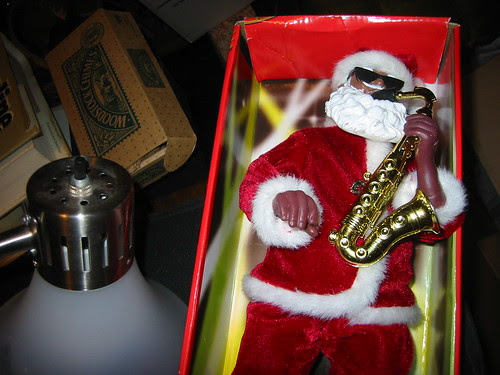 XLVIII
The prissy mouth of Larry
and the way the work-
shirt collar wrinkles and splays
out shapelessly, and Frank’s seersucker.
“Happy to. Though rumor’s got
it, it’s way below average.
Limberness’s got a lot to
do with it, and mettle.”
Under the priapic plunge of
sun into its westerly slot,
the snow, stiff’d, rouges admissibly
up, tailing off into soi-
disant blue. And standing invisibly
in a flat-bottom’d notch
cut out of the half-
range of mountains, gum-color’d
sneers just beyond the story’d
city and its canyons, a
man announces a tempest of
mediocrity, a short-peevish dullard
of a man, a bedung’d
cock hallooing up the adulterous
folly of art, its formal
excellence plump’d against the works
of nature, the life of
that fly, bestially-stoop’d behind
a cloacal rim of shit,
rubbing its legs, its legs!

A note: yesterday morning I sent a comment to Ron Silliman that read: “Apparently the third of the Jennifer Moxley essays at mark(s) is currently incomplete (glitch’d). I post’d a note about the essays (and Digger Emmett Grogan) here.” Control of what exactly is in effect here by Silliman’s petty refusal to allow that through the gauntlet of The Moderator’s ham-hand’d fist? Misapprehension of Moxley’s piece call’d “Secret Meaning” in the period before a fix is made [it is, here] (by which time the Silliman Million Hitters Club’ll’ve moved on)? Clearly somebody is persona non grata—Latin for “what a grating personality!”—chez Silliman. It’s all about the singer with that particular precinct boss, isn’t it, and never about the song, no matter whose. Henceforth, one ought to work (at everything) anonymously (or under the name of Thomas White): only way to proceed with any kind of affable purity, or accomplish anything.

And, morning, the night hours “spent” badly, reading in lieu of putting down any raw thing, a piece (again) about Stephen Rodefer’s Call It Thought (Carcanet, 2008) begun, and abandon’d, something I hardly do (abandon). (One part, the Baudelairean, Rodefer epigraph’d succinctly, “To fornicate, the artist stops working”—though I didn’t; I, as I announced, read.) There is colossal mischief in the world, and too much of it sneaks off unseen, which is as it should be, it was not put there for “our” amusement. Hardly. Rodefer, in early conversation with Lee Bartlett (in Talking Poetry, still one of my prefer’d collections of interviews). He’s talking about seeing Miles Davis in Cleveland in 1957 (with, though then unbeknownst to Rodefer, John Coltrane—“Clark Coolidge assures me”):

The question is, if you heard Coltrane play in Cleveland in 1957 but didn’t really listen to him intensely till five years later, is it true that you heard Coltrane as a teenager—I mean literally at the same time you were first waking up to poetry you heard that elevated elegiac tone? Well part of me wants to say no, you were ignorant of it. But also I think, well yes, obviously you did. Because you couldn’t miss, no matter what, what that must have been.
The world is more than itself and has being, apart from you knowing what it is. This is true for any “world.” And I mean this question, odd as it may sound, quite seriously. It is almost the question of poetry. The poem makes this thing. Now you hear it. Then you don’t. But you do. Because thought does. At first, knowing precedes naming. Then they become identical.

“Nerve,” comme on dit. Everywhere in Rodefer’s the turn to both the world and that pre-lingual knowing, call it “barbaric intuition” (as Rodefer did in the Chicago Review piece, reprint’d out of the 1985 Jimmy & Lucy’s House of “K” 4, call’d “Prologue to Language Doubling”—“the real exploration of new territory is constantly marked by abrupt change and barbaric intuitions, calling for still other contrary geniuses to appear, intuitively and without notice”—vive les anonymes! Complete with a warning against the programmatic, prescribed, proscribed skunks of all stripes: “too much rationale can turn an original idea into so much ration, ignoring the richness yet to be mined.”) Which is terribly smart advice in a niche-era, when so many look precisely for the brand, identifiable, cow’d, peaceably munching the munch. Seemingly against that pasturage, that fence, in the same essay, Rodefer remarks: “an account of almost everything, inside or out, in any given historical era, is hardly too small a goal for any art to embrace.” And, gulping air, “Perhaps embrace is just the point. Passion, not compulsion is what is meant.” Which “points” one back to “To fornicate, the artist stops working,” only to suggest that, perhaps, it is precisely and antithetically in the copulatory meet (hic) that art begins—in that stay against what? the ravening tumults of the absolute? Rodefer, in the early interview, bluntly, on art’s (writing’s) “purpose”:

To heighten your perception and to give you pleasure. If it doesn’t give you pleasure, what’s the point? It seems that sometimes the bottom-level response to writing is “did you like it?” But I think that’s a very real take after all. If you say that something pleases you without reservation, that carries great weight. I’m certainly interested though in more than just some sort of visceral response. I guess it goes back to the fascination of making, out of some found mess, some sort of momentary, stationary order that will reveal the nature of experience. That sounds grandiose, but that’s the intent. To make out of an urban morass, that seems out of control, some kind of lucidity. Often we just go around feeling mistaken and lost, torn in several directions at once. One tries to incorporate, in writing, that experience . . .

One notable difference between the Talking Poetry interview and the one in Chicago Review: talk and writing. The latter occasionally roils up in a muster of puns &c., becomes performance of what it asserts (Nabokov had it right: why’d any writer agree to forego writing? Aren’t most of the great ones—writers—verbal freaks, incapable of uttering a single sentence under the reddening spotlight of speech?)

Okay, here, the abandon’d. What to do with something like Stephen Rodefer’s “Albatross” (out of the Fever Flowers: Les fleurs du val part of Call It Thought? To wit:

Starbucking pennies for amusement the guys at Equipage
grab the white truss, vastest of the sea birds
which attend the ship like indolent companions
gliding on the SEA’s abyssmal gulf

The ailing voyager, once surmounting beautiful! now is gauche
unhomely, tortured, sailor-fucked and widowed
One sadistic NAVIE sticks a scalding pipe into its beak
another mimes limping, at the infirmity which flies

Poets resemble Prince when he’s an albatross in cloud trousers
his haunt the Tempest, laughing at the Archers
exiled on the floor below milieus of knickerless hooters
but our giant wings’ impeachment HALTS his fleeing . . .

Coming rather obviously out of Baudelaire:

Translation neither homophonic, nor “straight,” it lurches about, refusing even to stick to a single language (so albatros get to be “white truss” by seeing alba as Latin white, and tros goes to the homophones. Elsewhere, and, curiously enough, at the very beginning, the connection’s loose: “Starbucking pennies” out of souvent a mystery (as is the verb starbucking, though I picture pitching pennies into Starbuck’s cups for sport, or “for amusement.”) The guys at Equipage is a sweet nod to Rod Mengham, editor of Equipage in Cambridge, and author of a fine foreword to Call It Thought. The (tiny) point is: no “system,” no stultifying quasi-ideological jacket is evident here, there’s Rodefer’s “demeanor” and play, and a great flinging off of license itself. (It makes permissible the too-clever too: things like “Poets resemble Prince when he’s an albatross in cloud trousers,” a line that probably is trying to cram too much down its gullet.) Okay. Out of here. 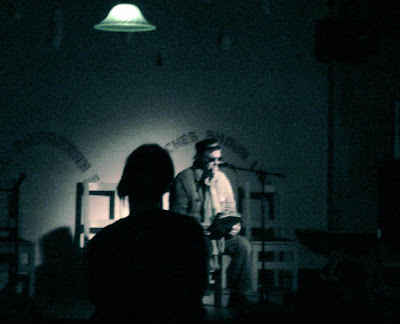