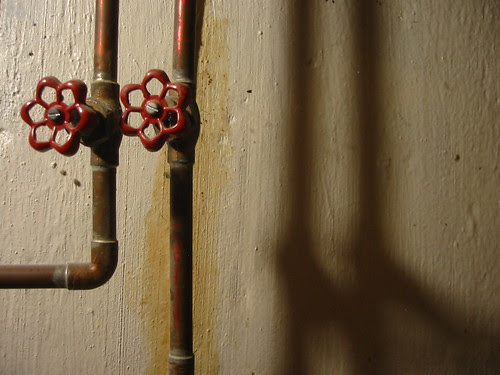 
To find, in a book of “commemorative essays” call’d Not Forgotten: American Writers Remember the Lives of Literary Mentors, Friends & Rivals (Godine, 2006), an obituary for William Carlos Williams written by Hugh Kenner for the pages of William F. Buckley’s National Review (March 26, 1963), thrusts one back into a decidedly different era. Kenner writes:

His innocence lingers: innocence and aching vulnerability. He went unprotected by any public role. He wouldn’t have known how to be a literary man if he had wanted to try. One day he read from his poems, for an hour or so, in (wasn’t it?) a Newark department store, more or less heard, one imagines by holiday shoppers. He would have been seventy-five then, and he did it because he was invited to. (Who could have invited him? The management?) He believed fiercely in poems, in a public need for words released, set dancing, he would do anything at all to serve that belief. . . . Yet so disengaged was he from his own achievement that he died, six months short of his eightieth birthday, pathetically unpersuaded of its magnitude. It was the only pathetic trait in an indomitable man.

Astounding when, today, so many minuscule greasy cogs in an enormous system of no little intricacy (and no innocence whatsoever—it is simply there, like the U. S. Mint) make whole lives (and “lifestyles”—is anybody going to provide “us” with an AWP fashion report this year?) out of sinecure-rich “jobs,” protect’d precisely by the public role of the “creative writing instructor—poetry.” (“Welcome to Chicago!”) That affirmation of “getting hired” is a huge thing: just think of poor Williams (aged 70 or so, still doctoring, largely unsung) in the 1954 poem “The Desert Music” reduced to a troubled insistence:

Now the music volleys through as in
a lonely moment I hear it. Now it is all
about me.

And he means, if there be any confusion, all “around” me, not all “concerning” me. He ends with a marvel: “of the wonders of the brain that / hears that music and of our / skill sometimes to record it.” (That modest “sometimes” speaking volumes.) If Kenner depicts a heroic Williams (“Has any poet ever before rejected so radically the stay, and temptation, of poet’s status?”), isn’t it mostly by means of Williams’s brash stance of scorning the popular ditties of the era, of pushing with a terrible tenacity for a live means of expression? Kenner:

The pathetic verse whose neck Williams saw no point in wringing, the limp iambic rhymes that struggled up toward heaven in 1910 out of every opened magazine in New Jersey, constituted a dead residual ritual, pointless, offensive. He set out to carry American verse in one lifetime, by sheer intensity of application, all the way from demotic speech to indigenous ceremony: “a reply to Greek and Latin with the bare hands.”

Hard not to see history (and only history) in history (that is how we become hollow men): isn’t “dead residual ritual, pointless, offensive” a canned modifier for so much of the recently print’d verbiage, “hybrid,” “new,” and soi-disant “nec plus ultra new”—the stuff made of wringing the subaltern neck in petty (sneery) shows of borrowing, or made of attempting to lift the copy-clerk’s chores to the level of art—it’s good to recall that the name of Gogol’s poor copyist in The Overcoat, Akaky Akakievich is etymologically-related to the word for shit. Whosoever said it’s the era of the “genial surreal” “disremember’d” how genial rhymes with denial (and menial). Enough of that. It’s a trying age, full of professional empty-suits. One’d rather the world be Wallace Stevens’s world, poetry a “secret vice” and a poet just one of “the boys at the office”—suit’d up and charging along the Hartford streets, the way Delmore Schwartz put it, “a physical giant, robust, red-faced, and his large round head suggested not only a banker and judge, but Jupiter.”

I wonder, thumbing through Not Forgotten and finding, too, Guy Davenport’s tiny memoir of Trappist monk and poet Thomas Merton—

There were rumors a few years ago that Father M. Louis, OCSO, had retreated even further into his religious life, and that whereas formerly it was difficult to penetrate the fastness of the Trappist Monastery at Gethsemani in Kentucky to see him briefly—a hooded and very holy figure—it was now impossible. This kind of pious awe amused Tom Merton immensely, and I once had the fun of listening to this rumor from an academic type who reported it as something of a literary state secret. The fun for me came from the fact that I was able to reply that just the day before Tom Merton had turned up on my porch in Lexington, looking for all the world like Jean Genet in denim jacket and jeans. The rumor had for basis the fact that after 25 years as a monk, Father Louis had decided to become a hermit. And who, as he said slyly, was to say whether a desert father didn’t come into town occasionally to catch up on the news and flip through forbidden magazines? Poetry, for instance, in which the Abbot had once found an offending phrase, was denied him. Nor did the Trappists subscribe to The New Yorker; he found its ads to be a ready index to the world on which he had turned his back. As a hermit he had an enviable cabin deep in the woods about a quarter mile from Gethsemani. A black snake lived in the outhouse; it seemed perfectly natural that a snake should share his saintly life. Here he watched the procession of the seasons, wrote his poems and his books, and received visitors. Theology and poetry made up the library. Visitors were usually instructed to bring beer; he would produce from various frugal cloths a goat cheese, a loaf, and salted peanuts. And afterwards, from under the bed, he would triumphantly bring out a rather far-gone bottle of bourbon, “to keep the cold out of the bones.”

How it is that Frank Meyer, editor of things literary for the staunchly conservative National Review, managed to get both Kenner and Davenport—neither of whom appear’d capable of writing a dull sentence, and both of whom were capable of turning immeasurable intelligence and prior knowledge to just about anything under the sun—to write reviews? Looking for the name of Meyer, I find a clip of the Vort interview with Davenport:

Vort: Did you feel comfortable within the confines of National Review?

Davenport: I didn’t like their politics. But Bill Buckley is a gentleman, and my immediate editor, Frank Meyer, was a splendid intellectual, a gentleman, and eventually a stimulating friend.

Vort: How did you begin your relationship with that magazine?

Some necessary work: collecting the reviews of both Davenport and Kenner.

Finish’d A. J. A. Symons’s The Quest for Corvo: An Experiment in Biography. Of note, lines out of a letter Frederick Rolfe wrote in 1913, in Venice, trying to survive on “a little boat, leaky and so coated with weed and barnacles by a summer’s use, that it is almost too heavy to move with the oar, and behaves like an inebriate in winds or weather.” Rolfe:

The last few days I have been anchored near an empty island, Sacca Fisola, not too far away from civilization to be out of reach of fresh water, but lonely enough for dying alone in the boat if need be. Well, to shew you how worn out I am, I frankly say that I have funked it. This is my dilemma. I’ll be quite plain about it. If I stay out on the lagoon, the boat will sink, I shall swim perhaps for a few hours, and then I shall be eaten alive by crabs. At low water every mudbank swarms with them. If I stay anchored near an island, I must keep continually awake: for, the moment I cease moving, I am invaded by swarms of swimming rats, who in the winter are so voracious that they attack even man who is motionless. . . . Oh my dear man you can’t think how artful fearless ferocious they are. I rigged up two bits of chain, lying loose on my prow and poop with a string by which I could shake them when attacked. For two nights the dodge acted. The swarms came (up the anchor rope) and nuzzled me: I shook the chains: the beasts plopped overboard. Then they got used to the noise and sneered. Then they bit the strings. Then they bit my toes and woke me shrieking and shaking with fear.

Not, I’d say, entirely unlike my fright-bewigged reveries of Chicago with its “artful fearless ferocious” writerly hordes . . .

XL
Mayhem in the mien that
strides up to the door
poker-facedly anticipating getting
sliced like an egg
with a wire, two
bodies come asunder, no
longer possess’d of two
genetalia, or eight limbs
capable of cart-wheeling
along at high speed.
A general stock of
cadged music and rapture
inert now, the perfervid
gusts of unreticulated lust
gone by the days,
she’ll push a tumbler
of orange juice into
one of two remaining
hands and he’ll bring
it up to one
remaining snout. The
perfect form the sphere,
not that sorry pendulum
a-wag and gallivanting
all around the court
all the remaining days. 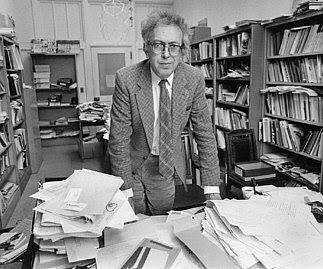