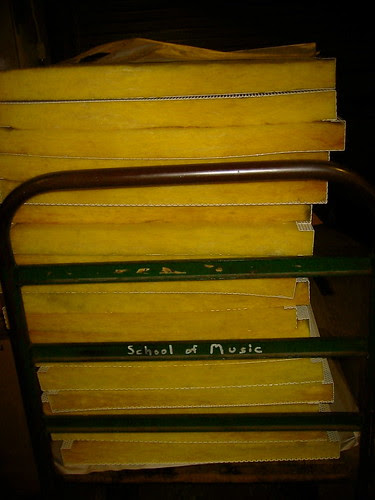 and oatmeal
without let

up or
hindrance. A

and never
vouchsafed for

stock of
pittance is

for self-
justificatory compliance

or a
minor slip—

Some nights I fret and, disjoint’d, maul the backs of books, opening one and the next, uninhabit’d by any. (The dog, tussling to macerate the unidentifiable remains of some furry beast in the yard, barking like a fool, is no help.) I start’d (plunged right in) to read Amiri Baraka’s new pamphlet, Ed Dorn & the Western World (Effing / Skanky Possum, 2008) and hardly a half-stumble in, reading how, talking about the 1958-1962 magazine Yūgen, that Baraka’d begun seemingly in part by writing to Ginsberg (they’d apparently gone together to visit Pound in St. Elizabeths on the occasion when Pound’d admitted the “suburban prejudice” of anti-Semitism, though “You had to have an appointment,” so Jones’d wait’d outside). Ginsberg sent Jones “lists of poets who I shd contact and ask for poems . . . The list was actually a menu for what would some years later form the core of The New American Poetry. Baraka:

The magazine thus began as a loose amalgam of new young writers, eclectic and fresh. By Yugen 4, which features a cover by Black Mountain’s Fielding Dawson, there was a less eclectic but still diverse grouping of poets, but now with a more conscious attempt to work writers from what I had now perceived as different schools. There were the Beats, Ginsberg, Corso, Kerouac, Burroughs: The San Francisco School, Whalen, Snyder, Duncan, Lamantia & younger ones like Loewinsohn and Meltzer; the Black Mountain folk Creeley, Olson, Dorn, and their acolytes [Max] Finstein, Oppenheimer, Sorrentino, [Joe] Early, and The New York School, O’Hara, Koch.

Which sent me off a-mauling, looking for the issues of Yūgen I uncover’d at the annual (colossal and crowd’d) library book sale the Tompkins County Public Library in Ithaca, New York used to hold: ten cents apiece if I recollect. Missing, though, damn it, number four (and number seven). (Thus acting out the honorable ruse of the critic who’s too tired—or imbecilic—to address what’s immediately at hand (the Dorn text, with it delightful refs to “some silly man”): the route of the scholar lies open! To the archive!) And spur’d—I suspect—by Baraka’s rather off-hand note regarding the racial make-up of the magazine (“while the first issues of Yugen included several Black poets, Allen Polite who had been my high school hero and 1st mentor in Greenwich Village, and Tom Postell, a surrealist from Cincinnati who went into Bellevue, from the 3rd issue on all the poets except LeRoi Jones were white”—Baraka apparently forgetting abut Mason Jordan Mason, Stephen Jonas, and Speckled Red)—I start’d considering the “unknown” contributors. What to make of something like Postell’s “I Want a Solid Piece of Sunlight and a Yardstick to Measure It With”?

Seventh Avenue fills at noon with a gray tide of suits come out for air.
Noon catching fire peeks over the high rooftops and spits into the saloons.
The brown buildings drip with wilting plaster and the mighty pigeon’s dung.
Sylphindine Fifth Avenue trips on red and green light and slides quietly by Central Park.
Honeysuckle leaps over the hedges as the people leave Staten Island for work.
Long Island slides in its channel groaning under the new load of grinding storms.
I see the Brooklyn Dodgers on Times Square with their bats and balls practicing.
Let us enter the redundant oasis which rips of jungle beats on glasses of gin.
We never get on the train that stops to let the morning messenger in.
And with rats digging in the cellar the basement cement crumbles as we rise.
Lakes of icy whispering trees float crunchingly on under the glory of wide blue sky:
O give me a solid piece of sunlight and a yardstick of my own and the right to holler.
I don’t need to ask for the moon cause I love something that melts in your breath.

Which thrills with some moments of something like art brut (the title and the Long Island lines in particular) and elsewhere strains recherché after the kind of moonily clever nada-opulence of some of the Flarf groupuscule’s “work.” Something of the same’d be tatted to the sheer “period noise” (a species of overkill and excess—the period’s faults under a magnifying glass—that grows, admittedly, more pronounced with the years) of any of Barbara Moraff’s pieces (there are several, in several issues). Here’s “Poem for Tamara”:

an odor of empty barbershops chants, making churches
of the edges of confusion. where backyards are cluttered
with the papery gossip of palsied vegetation sulks
the afternoon, a mantis mutters—mournful.
overfull, oversleek, the beetles sleep—having fed.

a growth of light blasts. the rootends of cloud dangle
dragging moody heaven. the growth tumults, and, spreading,
immenses the silence of gravel way to granite garage.
squirrels nest there.

a prancing of canine appears. he ulcerates his unmeant
shadow by his bright strong erosion. the gathering flies
do not shake his tail.
*
an odor of empty barbershops chants a church of the edges
of confusion. stones topple. eyes pray at a pale floating
of nun who floats on the pale wish of moody heaven.

One thinks that “prancing of canine” who “ulcerates . . . by . . . bright strong erosion” is a dog peeing, though who knows? The nun? Explique-moi the nun. Even a full half-century later, reading that, one is astound’d by the self-consciousness of the “excess,” the “transgression” (nobody’d call it that), the empty self-serving formality of the thing. Astonish’d, too, by the pitifully small distance “we” ’ve moved beyond such meagre poses. Witness such friably inert lines as these:

Whenever the mangle shines behind clowns,
And the easterly word dancing over the roans,
I’m truly scarlet, dear,
My life only a piece of pageantry, that need words to describe a laciness . . .

Nada Gordon. One senses another pale floating “of” nun right around the corner.

Of more interest: a Gilbert Sorrentino review (in Yūgen 8, the final issue) of Jack Spicer’s Billy the Kid. After saying Spicer “maims” the poem “with stuff like”—“Will you dance, Our Lady, / Dead and unexpected? / Billy wants you to dance / Billy / Will shoot the heels off your shoes if you don’t dance / Billy / Being dead also     wants / Fun,” Sorrentino points to “the one thing in the poem that is really worth the poem,” that is, the ninth section:

So the heart breaks
Into small shadows
Almost so random
They are meaningless
Like a diamond
Has at the center of it a diamond
Or a rock
Rock.
Being afraid
Love asks its bare question—
I can no more remember
What brought me here
Than bone answers bone in the arm
Or shadow sees shadow—
Deathward we ride in the boat
Like someone canoeing
In a small lake
Where at either end
There are nothing but pine-branches—
Deathward we ride in the boat
Broken-hearted or broken-bodied
The choice is real. The diamond. I
Ask it.

Which is heart-rending (expect’dly) and an able-bodied lyrical outburst riding high on extended metaphor (rather unexpectedly, to hear some of the “post-avant”—I use the term ill-advisdly, one tries to be “of” one’s time—warriors who’ve gird’d up Spicer as standard-bearer for they own parade.) Here’s what Sorrentino says:

The 10 sections of the poem do not really connect: but that is Spicer’s design at any rate, as shown in his After Lorca. But we don’t have the connection of ideogrammatic fragments as in EP: what we have here is almost total disconnection, these are really 10 different poems. And that’s ok, too, except that to be taken as one long poem, it doesn’t make it: not that there is no connection but granting that, that there is a disparity of quality in the unconnected pieces, there is an alternation of flippancy and sublimity, like in the above poem, that the poem really, as a whole, doesn’t have the spread for. You can’t recover enough, on re-reading, for maybe the 5th or 6th time, you start to skip pieces because they bring you down, jolt your mood, or the poem’s mood, and then you reach a point at which you don’t miss the pieces that you skipped and then you reach a point at which you don’t even want them: ok, ill-reading? I don’t think so: there is a too-great discrepancy in tonal quality here for the length of the work, such ranges of emotional variance need a poem twice as long. However, it’s worth reading, one wishes Spicer would get over his “unworldly” posture and publish more: Billy The Kid invites you.

Which provides, I think, a fairly accurate assessment of reading Spicer, or re-reading Spicer (a matter of turning to the prefer’d, those sluiced out in earlier readings, avoiding the messes). I like, too, the forthright calling out of Spicer’s “posturing” at the end, referring, no doubt, to Spicer’s San Francisco insularity. Back to the Baraka chapbook another day. 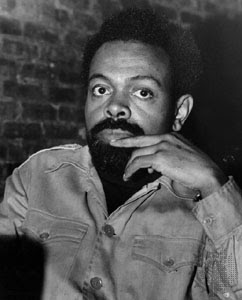