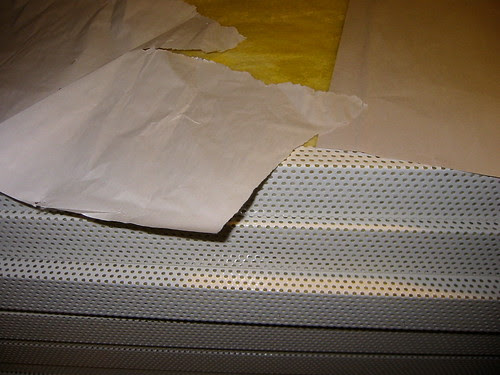 The thing is, I keep poking around in Yūgen. In number six (1960), two pieces by Ed Dorn with titles suggesting a sequence (the “everyday”). I skim through the 1975 Four Seasons Foundation Collected Poems, 1956-1975 and find no trace of either. Dorn’s note prefacing the book contains the somewhat inscrutable sentence: “As with any anatomy, there are structures in this body to which I can no longer assign a use and whose functions are hidden.” I read that as half-heartedly dismissing unnamed pieces in the volume at hand, not as squelching some renegade work, leaving it “uncollected.” “Collected,” though, that’s a wide berth, or narrow. And I am no expert (by a long shot) on Dorn, coming to him late. Had I had the book out for the inaugural hoopla I’d surely “of” found myself quoting lines out of Dorn’s “Inauguration Poem #2” to panic the all’s well that ends well yea-sayers that they recall just how concomitant the fat “American century” just end’d was and is on what Dorn so equitably calls “a base of return”:

Behind all the trees in America there are men standing
and they are spooks, they are the men and the women,
and the children who look around, past the dirty protective bark
hiding the filth of our days here, the cover
of what we have done with a rope and a knife and a chair and chamber
on crossroads at night, in the apertures of alleys, in the backs
of restaurants, on mesas with broadbrimmed former athlete
and presently cowboylooking, or, the boy in the vocational program
today will be the sheriff and the petty hood, his equipotential
tomorrow, the cover of what we have done. Everyone knows our benevolence
but not everyone knows our benevolence was always well grounded
in a base of return . . .

Is how it begins. And out of Cold War ramp-up “spooks” talk turns in a terrific second part to American slack-jaw’d gapery at the gods (“spooks”) of “the people of the small point”:

Americans, you were that stupid from the beginning the rest of the world
stood with their lower jaws dead with amazement at you, and you never
never did get that the point from the beginning, Columbus, Cabot,
Nuñez, LaSalle, Estavanico, the Kid, was precisely non-
rational, you really thought you had to annihilate the Narragansett
which means people of the small point, oh god, the moon, is the body
of the small point, your whole concern is of small point, the war
saw concerto seems to your crossed eyes a song of great emotion
But you missed it, they made no images; their divinities
were ghosts; they were extreme spiritualists. Plenty of gods
The Sunn
Moone,
Fire,
Water,
Earth,
The Deere,
the Beare,
&c
And &c is the most important gods you missed. For they
Were the Manitous, they dwell in you at different times.
If they choose.

A kind of vatic oracular (with blunt historical sense) that is lost, nigh completely subsumed by inconsequent dumb and dumber post-Language kitsch, rabid auntie neo-dada, and bland “art house” abstract fragments, all part of the goose-the-empty-air “turn to language.” What one is slowly coming to see: that formal move of the late ’seventies results in exactly the same kind of empty formalism as that of its ’fifties New Critical forebears. Warsaw Concerto, indeed. (What would Frank O’Hara say? The piece an empty faux-Rachmaninoff vehicle for a film, Dangerous Moonlight (1941), about a Polish refugee in England, a “shell-shock’d” piano virtuoso. Teary sentimental slop codify’d. The difference: today the code is the material signifier itself, poker-faced and empty, or gaudily overload’d, either way untrustworthy, mock’d, with no sense of its human adequacy for the “small point,” or the grand.) A long way to go (back) to Yūgen territory. What I found there, the two by Dorn:

I know a man, in the west too
in Idaho, oh, there are indians there
but you’ve never heard of them, they’re Bannoks
and very poor, always were.
Well, riches are obvious things and then it depends
on what routes they were subsequently on.
but this man, not the man I shall tell
you about later but another; a man named Swen,
who came from Sweden to study
the language
and they asked him repeatedly—
why he stayed so long (ten years).

Two months ago, in February, would you believe it
that far north the weather was so mild we could
walk about the hills, slight snow on the ground
and be comfortable but maybe it was the fire
in our hearts because we were tramping for a house
site, one I knew I would never use, but the weather
I tell you was so perfect and the warmth of my friend
was like the weather, all in February. Very far below
was Pocatello, a miserable accidental town even the
Union Pacific abandoned in the forties. But the hills
and the moon at night on the snow all around that bowl
and at night too Pocatello wasn’t Pocatello but a jewel
the red and the blue, something you could never narrow down
to gas in glass tubes. That afternoon with our backs resting
against the vertical rocks there were . . . well I had to follow
him there, to know land and love it, is a great thing few
people are as lost as I am. And I love this man because he loves Idaho.
He wanted me to build a house somewhere near and I wanted to
but he you see, lives in a closed world but is very damn kind,
he is very great I like him more than it is easy to say
and it wasn’t easy to disappoint him, but I think he knew,
he went on anyway describing the possibilities, that’s love,
in the mists of indifference. But I just can’t build houses.
At all. Although I dig the juniper and think the hills swing,
you know how very much my world is not closed but open, open.
Everywhere I am, I feel I am everywhere else. But that man in the sun
last February, with the western hat, and whom I shall not see for many
years to come, the Idaho and the snow there and the huge
purple bitter juniper berries.

Which, oddly enough, makes me think (in places) of O’Hara, a kind of breezy compatibility full of asides (“describing the possibilities, that’s love, / in the mists of indifference”) or that insistence on the “open” (see FO’H’s “my heart— / you can’t plan on the heart, but / the better part of it, my poetry, is open.”) Measure of the immediate impact of Creeley’s “I Know a Man” in Dorn’s using it here (reinforced by a longish thing by Sorrentino in another Yūgen that riffs the phrase “the darkness surrounds us”). The second Dorn piece uncover’d, shorter:

There was a time sitting in a room
I wanted to see everyone I ever knew
and of course I don’t remember the bad ones
except a few. What a shock
to get over the embarrassment of using language.

That’s why I write to you every day
I no longer have that tedious care.

Which, with that “few” rhyme with “knew” slyly reinforcing its position as half-jocular aside—and in spite of the exclamatory interrupting of “What a shock . . .”—puts one up to rather expect a second rhyme (with “day”) that goes undeliver’d. So that: “that tedious care” is partially identify’d with rhyming itself, that particular “embarrassment of using language.” It is a song (Dorn liked to call things “Song”) of self-sufficiency, of the adequacy of language, a rare copacetic thing in these stifled by our own high horse superiority days of endless irony. Here’s what Baraka says in Ed Dorn & the Western World, that incredibly fine confab of anecdote and invective:

. . . there is no clearer delineator of the sum than Dorn. We all admire Robert Creeley for the precision of his line, the incisive twist of his verse . . . Dorn’s reviews of Creeley indicated that not only did Ed understand what Creeley was doing, and was much admired of it, as we all are. But he understood where Creeley had chosen to REMAIN. And so wound around and around near the end, satisfied with his rare music, eloquent locution and inverted use of world and word.

Why some silly man cannot use Dorn’s later work is that it is not only eloquent in word and skilled in construction, but that his meanings begin to be so clear to him that they become as quick as Billy the Kid’s response that he make his nephew a whistle, Billy draws and fires the exact hole in the exact reed to make the whistle. “How can you hit the target without aiming,” the young boy asks, “I’m always aiming,” says Billy the K.

So that Dorn who is aiming for years and years now can spin and plug a hole dead center in whatever target. It is the politics at question in the silly man’s mind that is squishy with the compromise of self satisfied mediocrity. We hold these truths to be self evident is a bulletin. The Bullet the Boston Tea Party.

Baraka replying in part to what is scrawl’d here. The faulting of Creeley is fascinating (recall how the word stems off fasces a bundle, a clumping up). That is to say: Creeley is a mere totem for all who’d sit “satisfied,” even the “self satisfied mediocrity.” The other point: “inverted use of world and word,” that damnation of anyone who’d use the word to elevate—as Baraka says—“the singular I to the world as the attention of the world.” “We” see a lot of that, too.

An anecdote, in Baraka’s inimitable quick-limn’d style (he’s talking about the move uptown to Harlem after the murder of Malcolm X, the denunciatory rhetoric, what sent Baraka “hurtling out of Greenwich Village”):

One story told to me by a friend of O’Hara’s had this poet rushing in to tell Frank, “Leroi Jones has said he wants to kill all white people. O’Hara’s rejoinder (probably without putting down his drink) Well he won’t start with us!” 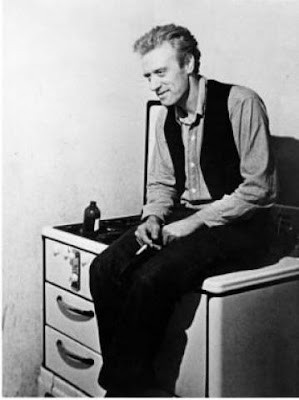 of Islamology” coming
through, a gossip
commodity here where

one is fly-
shameless at the
littlest morsel? “I

sincerely doubt that
I am arranged
right within,” is

what one toy
financier is report’d
to’ve said. And

Thomas McGrath is
writing out beyond
the tool & die

shop, “The last
collectivity stamping its
feet in the

cold.” A parlous
engineering of the
word material in

one final attempt
to give irony
itself a lashing.