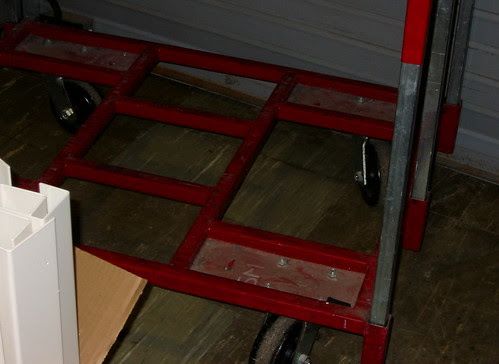 L
The vetting of the ephemera’s finish’d,
The original slips and indices
Pack’d into saddlebags, the horses girt.
Off to the mountainous districts, with dirt
Under nails, with hair uncomb’d, appraisals
Make no difference to our reprisals,
We’ll cut outrageously, bleed the flirt.
Chopin’s in Corsica with George Sand and
A Hun servant by the name of Rude Gert,
Hen-assiduous, ox-strong, fable-bland
With a five-stud unreasonableness
About law and order. What makes a mess
Of music is a sired music, all muss’d
With counts, the melody a total bust.

The Reality Street Book of Sonnets (Reality Street, 2008), edited by Jeff Hilson, land’d in the new books here and I snatch’d it up, drug it home, thumb’d it up and down, read through Hilson’s bounty-bag of an introduction and am here to say it is terrific, a bigger, woollier beast than I’d imagined, absolutely trophy material. Hilson provides a short history of twentieth-century “linguistically innovative” sonneteering next to a short (miserable) history of sonnet anthologies “of the period” and smartly concludes:

As a form the sonnet is fiercely guarded, as a read-through of the introductions to many of these anthologies testifies. Just as its varied structural features—14 lines, octave and sestet, rhyming couplet, volta, etc.—are metonymic of the whole form and can’t be disturbed without destroying its integrity, so the sonnet itself stands as a metonym for the kind of poetry published by the big publishing houses. To disturb the sonnet’s form too radically therefore is not just to disturb the sonnet itself, or the sonnet tradition, but to endanger the foundations of the wider poetic tradition. I wonder whether this doesn’t also go some way towards explaining the recent spate of mainstream sonnet anthologies. At a time when linguistically innovative poetry has been making inroads into the public consciousness—in spite of fierce opposition from some quarters—the anthologies appear, one after the other, to shore up the ruins that such a move threatens.

Hilson’s right: the culprits are legion. He mentions—sentries and marks—a half dozen or so sortie’d since the millennium dawn’d up new, all “effectively the same anthology . . . a survey of the sonnet from the beginnings to the present day,” and containing, at best, token nods to the “other tradition.”

Ted Berrigan is (rightly) pinned with the boostering of the “latter-day sonnet renaissance” amongst the hip cognoscenti, if not exactly with its origin. That falls seemingly to “the example of Edwin Denby, whose In Public, In Private appeared in 1948.” Hilson’s fine assessment of Denby’s work (“he rarely wrote using any other form. His achievement was also realized without fanfare, the poems being radically misunderstood on initial publication. Reviewers were unprepared for their “compressed, quirky, big-city, stop-and-go rhythms” [quoting Ron Padgett] and criticised them for their lack of ‘control.’”) ends with the sharp (and challenging) remark that “The poems’ elliptical syntax and sudden shifts in direction appealed to Berrigan, however, who published them in a special edition of his “C” Magazine though in many ways Berrigan’s own sonnets have obscured Denby’s considerable accomplishment with the form.” (My own peeve, that Frank O’Hara’s own sonneteering—flippant mastery with assort’d and sassy casual backhand to the face rhymes—goes unnoticed, is treat’d in a footnote. Hilson says: “The first half of O’Hara’s Collected Poems is punctuated by them.” And notes Kenneth Koch’s sequence in “The Railway Stationery” in the 1962 Thank You along with some near-sonnets in John Ashbery’s Some Trees. One begins to think the resurrect’d sonnet a nigh-pure New York School phenomenon.)

Later, though, after noting the modernist dismissal of the form (“Pound considered it little more than a mistake, a form invented ‘when some chap got stuck in the effort to make a canzone’, and held it responsible for the subsequent decline in metric invention. Williams rejected it on the ground that it offered nothing new. ‘All sonnets mean the same thing’, he wrote . . .”), Hilson points to both Cummings and Zukofsky (and, in a perfectly intriguing footnote, John Wheelwright) as precursors working toward a “radical defamiliarisation” of the form. Talking about the sonnet sequence in the seventh part of “A”, Hilson quotes the iamb-mocking lines, “Not in the say but in the sound’s—hey-hey— / The way today, Die, die, die, die, tap, slow,” and says: “What . . . breaks down is the poem’s syntax which become increasingly disjunctive, disturbed by the full panoply of interruptive punctuation—hyphens, dashes, question and exclamation marks, italics, parentheses . . . etc. The overall effect is the opening up of a traditionally closed form.” (What form closes up more tightly than the “little room”?) The Wheelwright line, out of the 1938 Mirrors of Venus: A Novel in Sonnets, is, in Hilson’s words “a clarion call for the formally disruptive sequence.” Wheelwright says: “When, with habitual knack in versifying or with superstitious shunning of all but conventional thoughts or notions, a poet comes across with ‘perfect’ sonnet after ‘perfect’ sonnet for any length of time, a sonnet sequence is a bore.” Which sounds terribly like Williams’s complaint (which, publish’d, appear’d only in 1974, in The Embodiment of Knowledge, though I suspect WCW repeat’d it elsewhere, earlier, too.) And Hilson adds: “Wheelwright’s ‘habitual knack’ has echoes of Williams’ ‘apt use,’” referring to Williams’s term for “the sonnet as practiced by parlour-room sonneteers who stultified the form ‘by making pleasurable that which should be removed.’” (A line that one’d like to use to cane the parlour-room flarfists with, too.)

One side-note. Hilson reads Craig Dworkin’s Reading the Illegible about “how poetic form ‘must always necessarily signify’” and about “how to read poetic texts which foreground illegibility,” and writes:

I think we can usefully reverse the poles of his thesis and suggest that certain forms also become illegible through their very legibility. The sonnet is a case in point. Because it is such a well known form—its form qua form can after all be taken in at a glance—it is overdetermined and its very recognisability makes it impossible to read.

(Again: “cane the parlour-room flarfists with.” What is more immediately and deadeningly recognizable than that brand of squid?)

If I had my druthers (and Reality Street the budget), I’d argue for inclusion of the mention’d precursors, the New York School figures, Zukofsky, Cummings, Wheelwright, maybe at the risk of unwieldiness. What Hilson does includes, however, is superb, both in range and the hefty selection of each (twelve sonnets by Denby, the first contributor—arranged by age; ten by Sophie Robinson—b. 1985, the last; with comparable goods between). And, after the typical wind-down sketch of who’s included, pointing to variety in the field (“Lyn Hejinian’s are baggy and capacious”), Hilson ends the introduction with a line to disarm and abash all critics: “And some of the poems are not sonnets at all.” Brilliant.

Here: a delect of two sonnets. Harry Gilonis’s “Mountain Lodge,” with a note, part of a group of translations under the title Quite a way after Wan Wei (c. 700-760 AD):

The Chinese original alludes to the anonymous ‘Summoning the Recluse’ (from the 2nd-century AD anthology Ch’u Tz’u, ‘Song of the South’); I’ve substituted, quite reasonably, a line from Wordsworth’s ‘The Recluse’.

In a different note, Gilonis slyly observes: “The Sinologist A. C. Cooper famously called the shih, an 8-line verse form, “the Chinese sonnet.” I like how the Sex Pistols slip into the opening line, fine balance to the Wordsworthian rhetorical weight at the end. And, randomly, Gavin Selerie’s “Old Redding”:

Some would make this threadbare, even
by aureate terms, but I must sing
from the heart-root, unclotted and clear,
naming how the plain builds to a height
which is special for all it holds.
We walk and lie in this last preserve
with its elbow paths and shaggy bushes,
watching from the pillared shade—
as masked horsemen—a sort of real day.
Grass stretches up from Copse Farm
and the Brick Field, while the sun catches
one spire on the hill. Windflowers here
are a drift of white and the yaffle pecks
his way north to Grim’s Ditch and Levels Wood.

(Yaffle, lovely word, a green woodpecker.) One’d like to argue that The Reality Street Book of Sonnets is undeniably need’d, essential, a bomb contrivance to the cauterized “era.” Drawback: the difficulty of getting it (and a gob-highwayman’s sack of other stuff coming out of the UK) for us norteamericanos. 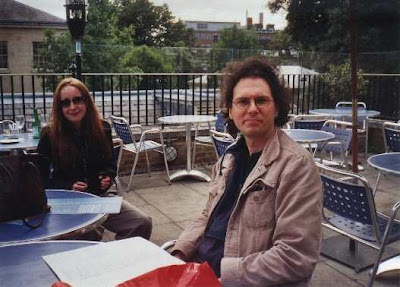