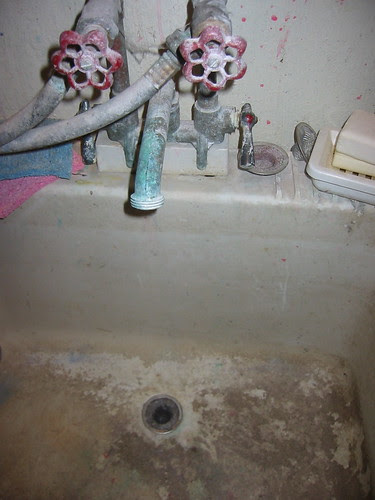 XLII
Scorch-mouth’d like
a fire burning
duff off hills,
that raw red
earth-color’d scar.
Known, though, to
doff a hat
that look’d like
a plate of
of scallops surround’d
by salad greens.
What’s the point
of shill depicting,
making things up,
fancy itself raking
out a dirty
claw? Dogsmeat it
is, and unflow’ry,
I diffide its
prankish score, its
impudent hurrahs, its
truck with invisibles.

And so, feint’d off into the reliquary of self-myth by grabbing up Emmett Grogan’s 1972 Ringolevio: A Life Played for Keeps and breezing through a goodly half of it: it tumbled out of my sleep-collapsed hands. And I emerged in a matt’d-hair fever. Grogan (in the early pages call’d Kenneth Wisdom) is ringolevio champ, smack addict, brilliant boy-scholar uptown Park Avenue, tattoo’d basketball star, jewel thief and safecracker (in homes of uptown Park Avenue crowd), on the lam in Europe, mountaineering in the Italian Alps, honorary brother in “La Petite Birdland” juke joint out in the country near Raleigh, North Carolina (he’s waiting to “shred” one Mr. Squint Laszlo’s brainbox with a shotgun placed in its near-proximity), film student in Rome, IRA tagalong blowing one-lane bridges up in Ireland, all long before he arrives in San Francisco in the late ’sixties and becomes a Digger, issuing mimeograph’d papers like one call’d “Take a Cop to Dinner” with Mickey Mouse patter (“Mr. Answer Man / what is / a weapon / worse / ten times / worse, / than the Hydrogen Bomb? // Why a cunt / which is / ten times / larger / than the largest / cock / extant, / Mickey. // Degoutante, / said Mickey / kissing cops / to hedge the bet.”) follow’d by:

Take a cop to dinner.

And so, if you own anything or you don’t, take a cop to dinner this week and feed his power to judge, prosecute and brutalize the streets of your city.

Which, down in the greasy coils of the brainmeat, triggers up lines I always loved in Albert Camus’s The Plague:

“Query: How contrive not to waste one’s time? Answer: By being fully aware of it all the while. Ways in which this can be done: By spending one’s days on an uneasy chair in a dentist’s waiting-room; by remaining on one’s balcony all a Sunday afternoon; by listening to lectures in a language one doesn’t know; by traveling by the longest and least-convenient train routes, and of course standing all the way; by lining up at the box-office of theaters and then not buying a seat; and so forth.”

Emmett Grogan, isn’t he a cross between Ned Rorem and the talent’d Mr. Thomas Ripley in the Patricia Highsmith novels? Something of pure rampant charm and its indices of worth in the world-at-large. Ringolevio is full of odd stuff. Here’s the upshot of Squint Laszlo’s framing Grogan / Wisdom: jail in Rome:

Afterwards, he was booked into the Regina Coeli jail. The name means the Queen of the Heavens jail. It was built at the orders of the king of Italy back in the nineteenth century and when he saw what a magnificent jail his royal architect had constructed, he was so pleased that he told the man he could have anything that he desired, within reason of course. The architect replied that his only request was for the king to spend the first night there before it was opened to the public, and then the architect hanged himself from the Garibaldi Bridge which is less than a hundred yards from the prison’s entrance.

End of story. There’s a who’s zoomin’ whom quotient, too. I know Dylan dedicated the 1978 album “Street Legal” to Grogan, who’d been found dead in April of that year on a subway car of the F line. That’s two years after “Desire” comes out, with the Joey Gallo song containing the lines: “What time is it?” said the judge to Joey when they met / “Five to ten,” said Joey. The judge says, “That's exactly what you get.” Is that detail pluck’d out of Grogan’s book, where it’s the defender of the Scottsboro boys Samuel Liebowitz who pulls the stunt in a courtroom where Grogan’s awaiting sentencing, “justice tempered with mercy” and watching the proceedings of a kid up on two counts of armed robbery?

Liebowitz asked him to look at the clock which was on the wall over the door leading to the judge’s chamber, and, please, to tell him what time is was.
“It’s five to ten, Your Honor,” replied the youth.
“Well, that’s what you get,” the judge told him,” “Five to ten years at the state penitentiary of Ossining, New York.”

Or is the story one of legend, available in any hock shop of the trade? Early, Grogan makes palpable a love of poetry, noting how, in jail, anthologies of poetry were most “highly prized by long-termers because you can read them over and over without getting bored; the abstract phrasing of the words stimulates your imagination, and gives your mind opportunity to think for itself.” (So much for the newness of the canned cant of the “reader participating in the construction of meaning” of some high theory epigones.) One thinks of how poor insular with a vengeance Jack Spicer’d react to news that Grogan, briefly in New York after the Squint Laszlo episode, goes into a bookshop on Eighth Street and comes out with a “bag full of prose poetry,” naming, amongst all the Beats, “Jack Spicer.” Too, he tells a whopper of a story about the death of Borstal boy “Brendan Behan, himself.”

He came into the place besotted and slammed the door with loud shouts of “Bejasus!” and “Bullocks!” There were two women and five men sitting at the back end of the bar and Paddy the barman told Himself to shut his yap and show some respect for the ladies who were present or he’d serve him nothing to drink. Himself belched and nodded his head, agreeing to the demand. After he was served his pint of porter and double glass of Powers’ Irish whiskey, Himself stood in front of the empty stool next to one of the women whose back, like the other’s, was turned on him. While he downed his whiskey and gulped his pint, Himself quietly unzipped his fly and took out his bologna of a penis and laid it out flat on the seat of the empty stool without anyone noticing. When he finished his whiskey and had only a little porter left to his pint, he tapped the woman on her shoulder and she turned her head towards him, and Himself took his right hand and without saying a word he pointed down at the stool, and when the woman craned her neck and saw what he was pointing at, she screamed so loud even Himself had to cup his hands over his ears to keep them from being split. Then she fell off her bar stool and onto the floor in a dead faint, revealing the sight which had startled her to the other lady, who also shrilled and took a dead fall, leaving the long, fat, round, uncircumcised muscle resting on the stool for her gentlemen companions to stare at with eyes bulging and mouths gaping. They didn’t faint, and Himself thought they had a poor sense of humor indeed when they dragged him outside and gave him a thumping which left him in the gutter with a cracked skull. He was taken to the hospital and there his liver failed, due to the lack of proper alcoholic sustenance which it regularly required. 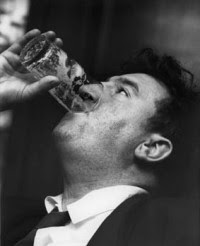 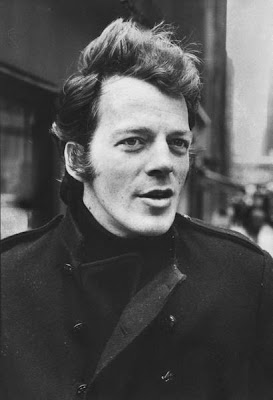