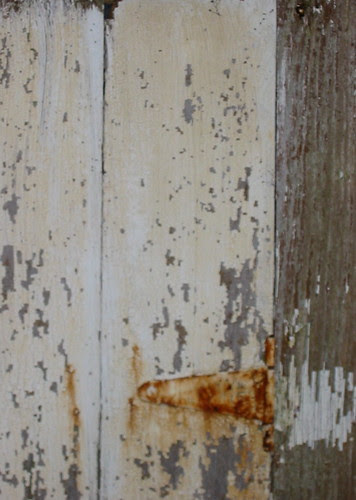 Stunned to find out, in Furlani’s Guy Davenport, that both Davenport and Osip Mandelstam-translator Clarence Brown attended Boys High School in Anderson, South Carolina (1943-1945), working together on the Yellow Jacket, the school newspaper. Furlani points to Mandelstam’s prose (first print’d in the U.S. in 1965) being one source for Davenport’s (earliest fictional prose) writings in Tatlin! (1974). Mandelstam (in “The Egyptian Stamp”):

A slice of lemon is a ticket to the fat rose of Sicily, and floor-polishers dance with Egyptian gestures.
The elevator is out of order.
The Menshevik partisans, organizing the night duty at the carriage gates, go from house to house.
Life is both terrifying and beautiful!
He is a lemon seed thrown into a crevice in the granite of Petersburg and will be drunk with black Turkish coffee by the winged night that is approaching.

I am not afraid of incoherence and gaps.
I shear the paper with long scissors.
I paste on ribbons as a fringe.
A manuscript is always a storm, worn to rags, torn by beaks.
It is the first draft of a sonata.
Scribbling is better than writing.
I do not fear seams or the yellowness of the glue.

Furlani quotes the first and last sentences here—pointing to Mandelstam’s recognition of “the hermeneutic opportunities created by lacunae”—or, as Mandelstam himself puts it in “Fourth Prose”:

My work, whatever form it may take, is seen as mischief, as lawlessness, as an accident. But that’s how I like it, so I agree. I subscribe to it with both hands.
It is a question of how you look at it. What I prize in the doughnut is the hole. But what about the dough of the doughnut? You can gobble up the doughnut, but the hole will still be there.
Real work is Brussels lace, the main thing in it is what holds the pattern up: air, punctures, truancy.

Too, there’s the comparable remarks regarding the methods of the two prose stylists. Brown, in “The Prose of Mandelstam,” introducing The Noise of Time:

He composed word by word, sentence by sentence, paragraph by paragraph . . . Each of the elements of his prose was carefully polished, hefted for balance, weighed and tested before the next was undertaken. Most paragraphs give the distinct impression of a new start, a fresh adventure, something written in another key. Individual sentences have a grace, rhythm, and wit that render them unforgettable.

Against which penultimate sentence Furlani juxtaposes Davenport’s remark in an interview (in Vort) that in ’s own prose: “Every sentence is written by itself; there are very few consecutive sentences in my work . . . This has been commented upon. People feel the non-sequence.” (Tempting though it is to cull out a Davenportian precedence to the New Sentence devotees—“I know of no precedent” says Silliman—Davenport’s writing advances its (pointed, select’d) narrative aim by architectural means, by sort and balance, by impeccably measured dispersal and containment.) As Davenport himself noted of Mandelstam’s prose (in an essay titled “The Man Without Contemporaries”): “its components arranged according to a sense of kinship amongst its subjects rather than according to chronology.”

Part of the impulse behind Mandelstam’s work is Shklovsky’s ostranenie, its call for making strange, for dislodging things out of the too familiar surround, a way to see. Befuddling is Furlani’s attempt to harness a Charles Olson line into ostrenanie’s ’hood. He quotes what I read as an argument against metaphor: “A thing, any thing, impinges on us by a more important fact, its self-existence, without reference to any other thing, in short, the very character of it which calls our attention to it, which wants us to know more about it, its particularity.” Furlani’s argument is that Olson and other postwar New Americans “ascribed familiarity less to habit than to the subordination of experience to hierarchies of comparison and likeness.” Donc: the call for the thing “without reference.” Unconvinced. I think of something like Larry Eigner’s work, the handy example here:

“Sky,” a “thing” put into isolation (in terms of itself, though it is put into simple, usual relation with “hills,” “earth,” &c.) is completely familiar, which is to say, completely invisible. I think of a tiny exchange I read in Anne Carson’s Grief Lessons, translations of Euripides. She is quoting a Maurice Blanchot self-interview:

The way the unencumber’d thing is liable to stall out, quit the processional, the stepping out. Stymied by a refusal to relate.

Unduly pleased by the comic terror (infringed by its uneasy pal sadness) in Lydia Davis’s story:

because she couldn’t write the name of what she was: a wa wam owm owamn womn

Complete. In Varieties of Disturbance (Farrar, Straus and Giroux, 2007).

Concern’d about that point where the Isola—my island refuge, or place of first refusal, my junk heap—stops being a notebook, or sounding board and becomes a fact itself. Diagrams now patent’d. Earnest retching after fact or howsoever Keats put it. (Note to myself.)