“Where Dinah Shore Meets the Ocean” 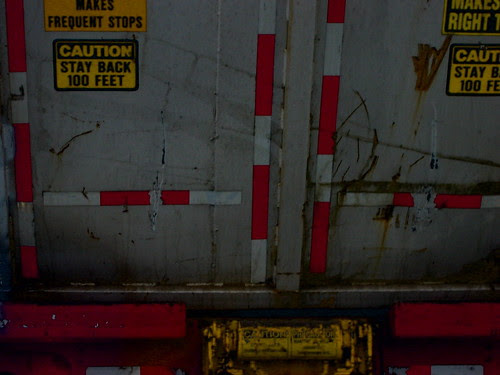 Whence the skittish indifference, the continual bolting, one book abandon’d for another? Whence the benumb’d torpidity, the singular inert allowable manifesto, thane to a dismal imparticularity. Whence the sluggard’s milk? (What is he talking about?) I achieve the rain-slough’d streets, the leaves adhering to every surface, yellow coinage. The dog, morose of brow, jaunty of hip, trots and noses and stalls and continues. “I do not know but it must be confessed that the glance we give at the world in a leisure hour is melancholy: that melancholy cleaves to the English mind as to the Aeolian harp.” Thus Emerson. “Basically, artists work out of rather stupid kinds of impulses and then the work is done.” So Jasper Johns. And Olson in Call Me Ishmael says of Melville: “He reads to write. Highborn stealth, Edward Dahlberg calls originality, the act of a cutpurse Autolycus who makes his thefts as invisible as possible.” Autolycus, Shakespeare’s wily “snapper-up of unconsider’d trifles,” out of the Greek for “self” + “wolf,” son of fleet Hermes-the-bridge, Hermes-the-translator, cunning Hermes-the-liar, that skanky underworld conduit. Autolycus, father to Anticlea, the mother of sly Odysseus. “Melancholy amongst books, one’s solace sought in tortuous genealogy, its unwitting dodge and parry.” Thus Onus the Phrygian. Is it—it likely is—that heroic Olsonian nudge that’s making one fret and niggle so?

And to hook on here is a lifetime of assiduity. Best thing to do is to dig one thing or place or man until you yourself know more abt that than is possible to any other man. It doesn’t matter whether it’s Barbed Wire or Pemmican or Paterson or Iowa. But exhaust it. Saturate it. Beat it.

And then U KNOW everything else very fast: one saturation job (it might take 14 years). And you’re in, forever.

In? Isn’t the longing, the hereditary growl, to remain perennially, yea, savagely, out? Not to find oneself suddenly squatting on the edge of what Louis-Ferdinand Céline calls the “lyrical bidet,” that tidy kingdom of the grand shimmery falsehoods, that culture of egoism and vacuous sentiment and amour-propre that is the “collective consciousness”? Obsessional mastery of what? (Of course, what Olson’s talking about is less the dogged diligence required to become an “expert” (in whatever), and something more like “developing good study habits.”) Taylorist efficiency models for poets (“everything else very fast”). However. There’s a spouting sense of daily glide-and-smudge-ism operating here. That one is in need of some depth, some focus beyond the plangent obvious, the backs of spine-crack’d paperbacks drawn out randomly, shoved back ferociously. Some faux-Eliotic version of America—“These shores ruin’d by my fragments”—is at work against what is possible out in the wild oceanic muddle unsound’d by depth-gauge or -charge, unswum by cormorant. (What is he talking about?) To depudorate the deeps. Fear of becoming “mere press,” a press-gang of hyperboreal intent, cold brute shiny skimmer, slick maestro, part of the mob of spoof superficies. “The press is a school that serves to turn men into brutes, because it relieves them of thinking.” So Flaubert to George Sand. Yeah.