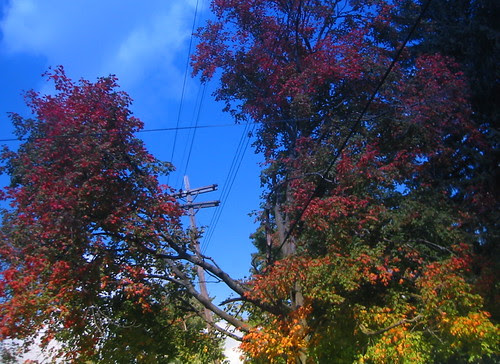 Went off half-cock’d yesterday morning, scribbling agon-ready “filler” (or something) au travail in order to (be able to) confront Joshua Harmon’s masterly Quinnehtukqut again in tonight’s frail semblance of night, bleary and industrious à la maison. Longing to attend to it without the onslaught of mangled time and its minion chore-mongering minutes. I finish’d reading it yesterday—ending with the rather hallucinatory final part, “Farmhouse in a Fold of Fields,” the part I’d previously took for resembling Zukofsky’s “A”-24, though Harmon’s note (I’d missed) says it “modifies the structure of John Ashbery’s poem ‘Litany,’ and . . . is intended to be read as separate but parallel narratives.” (The relationship between that Zukofsky and that Ashbery’d never occurred to me; indeed, any relation between Z. and A.’d not.) Hallucinatory in large part because of the writerly demands it makes for the reader. And damnably hard to excerpt. A woman forced by eminent domain out of her ancestral home by the damming of the Connecticut River decides to move the house up, out of the valley that’ll become Lake Francis; a woman returning after long absence to the same odd granite-outcropped environs, stuck up in the corner of New Hampshire between Maine and Québec, reviewing a high-storied difficult past. A cross-braid of stories, and hints of stories, present’d in justified prose couplets, two of time’s arrows shot one against the other. A mid-snip, for illustration:

She had not seen or
There is a gravel pull-off, and she parks there,

spoken to him since he was one of the barefoot boys fishing from
then walks along the dam’s wide top, gazing the length of this new lake.

the River Road bridge and she was younger herself, driving the
She sees the low silhouette of a loon far out. From here, her back to the

hay rake through her father’s fields during second haying, or riding
village and her face to the forested east, the lake, even at midday, seems

north to First Lake where, in hunting season, she swept rooms and
more wild to her than any of the others ever did—there are no camps

made beds at Comp Otter. But in the weeks and months after the
along its shoreline, no fishermen nosing their canoes through its shallows

storm, when the state’s surveyors and engineers had determined a
or paddling across it. Only dark trees ring the mute waters. When the

need for a dam to control the headwaters of the Connecticut, and
dam was finished, she read in the newspaper that, at the ribbon-cutting

when the talk of Miss Abbott’s defiance had spread through the
the governor’s speech—before a gathering of villagers, two hydroelectric

town, he had stopped her after services at the Methodist church
plant owners from the lower Connecticut, and newspapermen—was

one Sunday. Beneath the brim of the crushed felt hat he had pulled
interrupted by applause only when he acknowledged the desire of many

on once outside, his eyes met hers only briefly before turning to-
of those assembled to reverse the order of the words Murphy Dam.

ward the ground; in his bearded face she could still see signs of the
The grainy photograph that accompanied that story showed only the

boy she remembered. Come out to my farm around sugaring time,
front of the dam, a thin trickle of water down its face, and not the

he told her, and though she had not spoken to him again during
deserted valley beyond. Now, looking over the lake’s unbroken surface

the winter, she’d asked Mr Blood to drive her there three months
she cannot believe that the waters have risen so swiftly, that a decade’s

back.
time could swallow this valley.

(The other connect suddenly made: to some of Robert Altman’s films—I’m thinking particularly of Nashville, that stupendous, mad, stupefying voice-over jumble, everybody yammering out details of a story, and of course there’s a little “noise” in the signal—though what’s gain’d is depth, a heft to the weave, a super-saturate now.)

The considerable formal moves of Quinnehtukqut’d seem mere gimmickry though if Harmon’s sentences weren’t so sharply-chisel’d and austerely right. In the tenuous unacquaint’d disjunct of a father (just return’d up out of the WWI trenches of France) and daughter in the woods, the girl now off working for a man who’d “set the hills on fire if he thought he could charge people to come see the flames,” one reads a terribly fierce and tight sentence like “May branches still bare cast dark lace”—that emphatic chop of the father’s underthrottle of distaste and anger—and sees how exact Harmon’s language can be. Or observant. Witness a mother-daughter kitchen talk, how deftly Harmon gets down the knowing ease and confidences:

He had been a tall man. You don’t want a man you must always look in the eye, her mother had once said in the kitchen at the lodge. Dough spread wide under her hands which heeled it back into a ball. Flour ringed the board. Her mother swiped her cheek with the knob of a bent wrist. Would you pull this back, her mother asked, puffing air up from cornered lips, and Martha reached to replace the loose hair behind her mother’s ear.

Utterly convinced by a small thing like that “knob of a bent wrist.”

The novel’s stories arrive piecemeal, floating in and out of time, shreds and tatters of cloud-stories. The story of the man who brings an “immense leatherbound dictionary” with him to the woods, “teaching himself new words or pressing the tip of his pocketknife against the pages to cut out . . . whatever words he didn’t want to know the meaning of, or else wanted to forget.” The story of the man who goes missing for days and is found “sitting alone by Smith Brook under a lean-to of branches and heaped leaves and spruce boughs. His shirt, ripped into rags, was scattered across the ground, and his bare arms and shoulders were scratched and muddied . . . he did not appear drunk or disoriented or confused.” Irregardless of the taut sense of place, finely render’d, Harmon sees out, again in that abrupt exchange, conversation (and the unspoken talk of memory) made plain with the merest markers:

Show me what’s changed in the woods. They’re the same woods, she answered. Boston is no different than here, her mother had once told her. You bring yourself with you wherever you go. But you’ll see that only when you’ve been. How would you know? Martha said. You’ve never been there. No, but I’ve been enough different places to know. The sky above you will be the same blue.

And, too, a terrific recognition of how what is “no story, only one moment among countless others” is what stays with one, is fiercest, most undeniably there, a lyric moment in a novel of lyric moments:

Through the smeared glass she watched a boy and girl little older than she step into the muddy street, arms linked, both bareheaded so that their hair fell dripping against their foreheads. They walked through puddles, the hem of the girl’s dress dark and heavy, the boy’s boots dull, and passed just before the window she watched them through, though neither noticed her there, the glass between them cloudy from her breath. Water poured from a drain spout, slapping the earth outside the door, Mud splashed up. 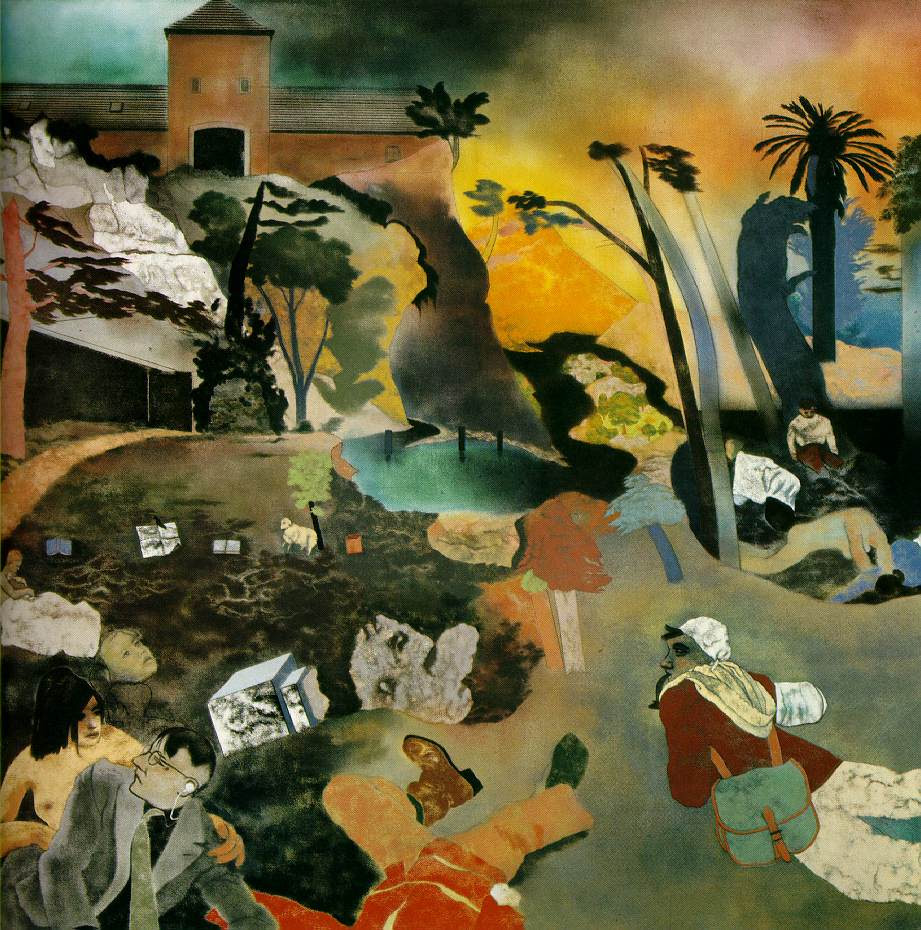