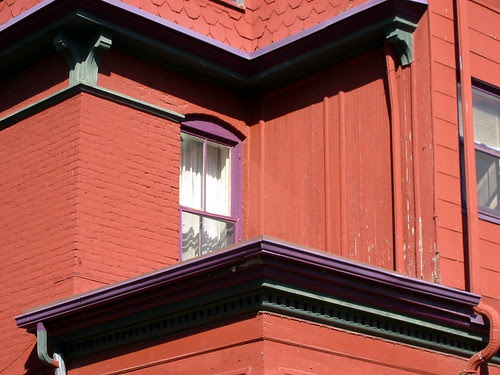 Jam means aimless fussing, looking for a way in and, in, knowing the routine, the barriers and badges, looking for a way out. Fussing means “opportunity to fuss”: what a large temporary empty room allows, its local breezes and stinks, molecular collisions moving parcels of odor-stack’d air about, the dog’s, the nasturtiums, the baked ziti getting bombard’d in the microwave, the stir’d up ambient motes and marvels. Aucune idée d’ou viennent ces choses inexplicablement fatueuses . . . Invention. I invent. Apollinaire: “When man tried to imitate walking he created the wheel, which does not resemble a leg. He thus performed an act of Surrealism without realizing it.” (When man attempt’d to replicate talking with signs, he invent’d la poésie, which does not resemble speech.) Something Virginia Woolf excised (Jacob’s Room):

“He will fall in love,” thought Bonamy.
“Some Greek woman with a straight nose” he thought. bitterly.
It was this kind of bitterness which frequently led him to
read Chaucer. – if not Chaucer some other of the
ancients who – Donne perhaps or Ben Jonson –
for though a number of people write well enough nowadays,
what we have lost entirely is vigour of language.
There is a scene for example in Bartholomew Fair of a
fat woman scolding which could not be pieced together
by twenty of our young men writing in concert; & then
this when this torrent of language gets its way
the chances are that it sweeps down with it something
lovely – something – as & phrase like a flash of lightning.
astonishing. Bonamy turned the pages.
“He will fall in love” he thought again.

No success. Puerile failure to jumpstart by copying, by mimickry. Varoom-varroom. (“I feel silly using this code.”) Ben Jonson: “(Now, Wit, helpe at a pinch, good Wit come, come, good Wit, if it be thy will.)”

Up too late reading. (Replacement noises in the brain-box, against its tilt-a-whirl emptiness.) Finish’d The Middle Room in a wee hour heave. Did it subside a little in its artifice? Or did one become accustom’d to its high-ratchet’d metaphoricks? (A little of both.) It moved rather clearly out of what I call’d writerly “mirth” and into something more keenly a study of les dispositions du Coeur, psyche-mobilized, or im-.

As Jonson’d say, he who never lack’d for something to say, unlike the dumbstruck members of the squalor-city in one’s own common brain-box, the “large temporary empty room”-fill’d city of too little sleep and “fat woman scolding / dead man walking” dreams: “I have sheene thee in thy Ledder sherkin, ere now, Mashter of the hobby-Horses, as bushy and as stately as Thou shem’st to be.” Which is one way to greet an autobiographical sketch, more than a little loop’d with its stories. Loop’d within, corral’d by, made drunk by its particular human grace.