Into The Middle Room 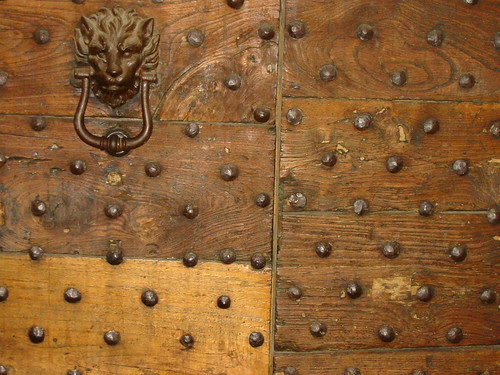 Is zatrudnenie ostranenie’s beleaguer’d cousin, the one toss’d down the oubliette of history? I see it—the word—in a footnote in Shklovsky’s Energy of Delusion and recall nothing of it. “Impediment,” the note says. “Through an impeded form, the author presents the familiar objects of the real world in great intricacy in order to attract and hold his reader’s full attention.” (Sounds like Robbe-Grillet and the assort’d mecs of the nouveau roman, no?)

I go batting about in For a New Novel, stopping for a gander at the story of the reader who, paging quickly, skips all that’s merely descriptive only to find himself at the end of the book. I stop, too, to read about how “a famous Russian cartoon in which a hippopotamus, in the bush, points out a zebra to another hippopotamus: ‘You see,’ he says, ‘now that’s formalism.’” Robbe-Grillet: “if art is something, it is everything, which means that it must be self-sufficient, and that there is nothing beyond.” Meaning: its reality can only reside in its form.

Or, I pack it in early and begin reading Jennifer Moxley’s memoir, The Middle Room (Subpress, 2007), a funny piece of almost Jamesian ventriloquism, improbably, sublimely fussy—it concerns the late ’eighties after all—with a barely repress’d undercurrent of mirth. She revels most in coddled sentences and high style, high diction, unapologetically. Here, older brother Robert is teasing her with “polysyllabic” words he’s “applied” to her character—words out of a recently acquired OED:

Paradoxically, or perhaps I should say masochistically, the “big words” Robert used to psychologically torment me still managed to arouse my inquisitiveness. After all, one of these strange words could turn out to be a door to the magical country of grown-up life, that mysterious place onto which I had imaginatively flung my hopes like heavy cargo from a sinking ship for as long as I could remember! This explains why, to a minor extent, my curiosity kept me coming back for more; for just as desire is well served by hidden things, so too is the intellect tantalized by realms beyond its ken, and if in the former I exposed the mystery sooner than was probably wise, in the latter I engaged an infinite patience, preferring, as I most assuredly did, thinking I knew to actually knowing, two distinct states it has been the shock of my life to learn are mutually exclusive.

The mimickry is non-parodic, at least not wholly parodic, though it is aware of (and delights in) its own high artifice. Incorporating the tiny cliché’s of psychologism—“as long as I could remember,” “sooner than was probably wise,” “shock of my life,” &c.—and outsmarting them (exhausting them). I love the stray outbursts of the literary italicized.

And then, not mirth. Tragedy and its sorrow-thewy disconnects and aftermaths. With language inadequate to it (language is never adequate) that, nevertheless, fulfills its daunting charge—carrying us (wing’d Pegasus) down into sympathy, and soaring bountifully out, beyond, into the savourable realm of syntax, only partially aligned with its semantic burden. An uncanny and beautiful feat—one admires the fearless difficult telling, one is buoy’d up by the manners of it:

The next thing I knew I was there, a tiny walking figure beneath the very tall tress who, understanding my instability, offered me up a very fine specimen of a branch which I made for awhile my walking stick and then, as if commanded by some higher force, used to write a message to my father in the moist, dark, earth. As I wrote I became aware that my father was very close by, extant in the ambient air, and then he was gone, drifting unanchored as an errant leaf, all goes onward and outward, nothing collapses, swept off forever into the white February sky.

I suspect I will read The Middle Room too quickly—though its sentences beg for a lolling, an amble, the aimless gait of the saunterer (saunter that verb Thoreau try’d to place under the etymological tent of the earth itself, out of sans terre, without earth). I suspect, too, I shan’t be willing to talk about it “all that much,” isn’t that the thing about one’s fiercest contentments? On verra.