The End of Art 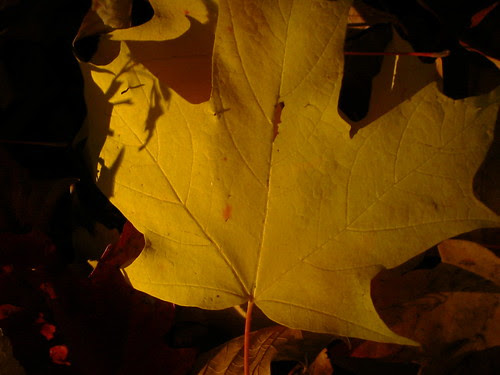 Off running yesterday with Robert Lax and Thomas Merton, a boundless morosity ascend’d to clutter my upper reaches, there where I lodge my brain-box. Regarding my temporary abandonment of the Susan Howe story, the Stephen Collis book Through Words of Others seemingly getting its premature burial in the murderous book-duff of dufflebag, down there in the toss of reprobates. Today, up in the stacks, ferreting out the available Lax, peeking into The ABCs of Robert Lax (Stride, 1999), edited by David Miller and Nicholas Zurbrugg, a chock’d documentary of statements, interviews, reviews, photographs. Only to find therein a 1974 piece by Susan Howe out of the Archives of American Art Journal, a logjam of quotables titled “The End of Art.” (The line is out of Ad Reinhardt—“The end of art is art as art.”) The Ad Reinhardt with whom Lax attended (briefly) high school, and, later, Columbia.

Howe musters a formidable array of statements, a “frame structure,” several sides of which’d hinge collapsibly and interchangeable (modular shack) between, say, a Malevich black painting, turn’d white painting by Rodchenko, reiterated by Reinhardt (black), replicated by Ian Hamilton Finlay as a black block of typewriter type (call’d Homage to Malevich), and entangled by Lax’s long poem “Black & White” (consisting of a lexicon of four items: black, white, &, and stone). Some of the meat, as pick’d (thieved, undigested) out of the Howe sandwich. Ad Reinhardt, on stripped down (classical, stone-cut, limited) forms:

The one direction in fine or abstract art today is the painting of the same one form over and over again. The only intensity and the one perfection comes only from long and lonely routine preparation and repetition. The one originality exists only where all artists work with the same tradition and master the same convention.

The early (1920) statement of the De Stijl Manifesto:

the duality between poetry and prose
can no longer
be maintained
the duality between form and content
can no longer
be maintained
Thus for the modern writer form will
have a directly
spiritual meaning
it will not describe events
it will not describe at all
but ESCRIBE
it will recreate in the word
the common meaning of
events
a constructive unity of form and content . . .

Signed by Theo van Doesburg, Piet Mondriaan, Anthony Kok (and Robert “poetry denies its end in any descriptive act” Creeley). And Robert Lax writes to Susan Howe, honoring both (organically, humanly) “A form composed by an inner necessity with nothing so cool as a form to guide it” and

the look of the poem: i’ve always
liked the
idea of a poem or a word as a single
(arp-like)
alone on a page

(an object of contemplation)

but i’ve done few poems in the
shapes of
pears, wings, altars, stairs, or doors
ajar (after manner of george herbert,
dylan thomas or i h finlay)

image follows image
as frame follows frame
on a film

Which places that “inner necessity” into a nigh-sexual “range,” no? Into the stir, Howe puts, too, a terrific statement of Pseudo Dionysius (out of Gombrich’s Symbolic Images):

The higher we rise, the more concise our language becomes, for the Intelligibles present themselves in increasingly condensed fashion. When we shall advance into the Darkness beyond Intelligible it will be no longer a matter of conciseness, for the words and thought cease altogether. When our discourse descends from the higher to the lower, its volume increases, the further we move from these heights.

Think of a distant (“high-minded,” Bird in Flight) look at Ian Hamilton Finlay’s afore-mention’d Malevich homage), its tableaux noir credence:Think, too, of the resultant mighty ink-splash’d shores of a zoom’d-in single k, say, something like that monstrous S that begins Ulysses. Of high import: both Finlay and Reinhardt seem to’ve reject’d humor’s fine distancing effects in favor of the pared down concentrates of classicism. (Reinhardt a cartoonist, with Lax and Merton, for Columbia’s Jester humor mag. Identifying himself as “the Great Demurrer in a Time of Great Enthusiasms,” a nay-sayer, and “lifelong admirer of Krazy Kat.” Finlay’s remark (in a letter to Lax): “I used to use humor to make a distance and keep it art but now I feel this as being an inadequate means.”)

Two things to look for (if I can ever finally clamber over the hump of my own ass blocking the trail): the summer 1966 issue of Lugano Review (Lax, Merton, Reinhardt, Finlay work, and a lengthy piece by Mike Weaver, “Concrete Poetry,” presumably the Weaver who wrote the terrific WCW book, William Carlos Williams: the American Background). And, the 1954 Eugen Gomringer piece, “From Line to Constellation.” Howe quotes it:

Restriction in the very best sense—concentration and simplification—is the very essence of poetry. In the constellation something is brought into the world. It is a reality in itself and not a poem about something or other. The constellation is an invitation.

To the initial sentence of which, frankly, I offer my mild pulchritudinous scoff. The fibers of my being prickle contemptuously at the stripped down; my prose goes ever wooly . . . Still, like my curiosity about Merton, one dives into the pure maelstrom of whatever one distrusts.

Off to the incapacious imperial city. À mercredi, à jeudi.