The upshot of any binge is the downturn. Little mossy particulars covering all the mossy particulars, a kind of fuzzy ineluctable “detort” and “detrude” of time’s own devastating shimmy. O Doctor Johnson! To deto´rt. “To wrest from the original import, meaning, or design.” To detru´de. “To thrust down; to force into a lower place.” (Thomson writes of how “the vernal sun awakes / The torpid sap, detruded to the root / By wintry winds.”) O if only one’d lived out the untoilsome choredom of a fishery balker, standing high up a cliff and signaling to the grunts in the fishing-boats, pointing out the approach of a “whole finny shole of herrings,” writing covert jam-ditties with the jack-knife’d off point of a black chough’s wing primary. (Or the life of a bounder out in the anacamptick hills, dislodging rocks with echoey bullroaring, words themselves gone atumbling through sheer rampant noise. O colossal harbinger, o sumptuary, o nut.)

Undecided in the casuistry-pocket, what to read next? Trace more doings of the école de San Diego in Bill Luoma’s Works & Days? Tackle Mark Polizzotti’s fat biography of the fat-lipped ideologue André Breton, Revolution of the Mind? Storm into Joshua Harmon’s Quinnehtukqut for its granitic diarist prose, and its “A”-24 L. Z. Masque-style (overlapping “voices”) part at the end with the lovely title, “Farmhouse in a Fold of Fields”? Or juggle Mitteleuropan historical and cultural particulars in Claudio Magris’s Danube? (Years back, inhabiting a shabby sublet above an Italian restaurant whence one’d descend for day-old dark breads, my revery born: that of traveling “the length of the Danube, source to mouth.” Because, in my geographical unsturdiness I somehow pictured that river running north to south—I may secretly believe that the case with all rivers, something about the way the Mississippi and map conventions determine my “tilt and percept” of the earth—I loved the echo of that trajectory in the phrase.) Magris, randomly perused:

. . . the poems of Vasko Popa—who originally wrote in Rumanian, but has for many years been writing in Serbo-Croat—evoke barbaric winters and the wolves of yesteryear. The literature which is already written is a concave mirror set down on the earth like a dome, as if to shelter our inability to give direct utterance to things and feelings. A well-cultivated literary taste and a measure of cautious modesty prevent a mere follower from speaking of the solitude and the wind of the great plains, of the tracks of migrations printed in the muddy soil of his homeland. But if a second-rate novelist, or indeed an exacting poet, recalls that wind or that age-old asperity, a perfect quotation my permit us to mention them, through the medium of the words of others, without fear of falling into sentimental “local colour.” So literature rests upon the world like one hemisphere resting upon another, two mirrors reflecting each other, as at the barber’s, exchanging between them the elusiveness of life, or at least our own inability to grasp it.

Lovely. And immediately reminding me of a miniature poem by Robert Morgan found in Red Owl, (1972), titled “Weed Above Snow”:

And of William Matthews, somewhere in the same “era,” talking about East European poets (likely thinking of Popa) with an image-cache of things like “the dogs surrounding the campfires of Europe,” something an American poet’d never say, meaning a kind of inbred historical atavism, accumulations of cruelty and warring, the Upper Paleolithic emergence of blades seeping down into the Old World. And stirring up Vasko Popa-translator Charles Simic’s remark in a review of Creeley, how the poems in Creeley’s book, For Love (1962), were: “almost all about love, a subject of considerable interest to a vast number of human beings that for some curious reason is absent from the work of many of our poets today, who, unlike poets in other cultures, generally stay away from any overt expression of erotic feelings, as if love and sex were of little concern to them.” It’s the latter part of that that struck me. Connect’d vaguely to my sense of American lack of historical memory, history’s brute blood-sense accumulated. As if the same skittish saturating forces retarded both Eros and Mnemosyne. Somehow, in an “era” (now) wherein the U.S.’s (our) brash thuggery-bent mug is pushing itself deep into Mesopotamia, it’d appear “time” to pursue literary aims beyond mere muggery, the sad superficial impotent ironizing we seem stuck with . . .

The upshot: the Magris. 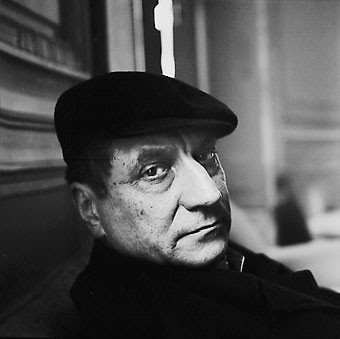