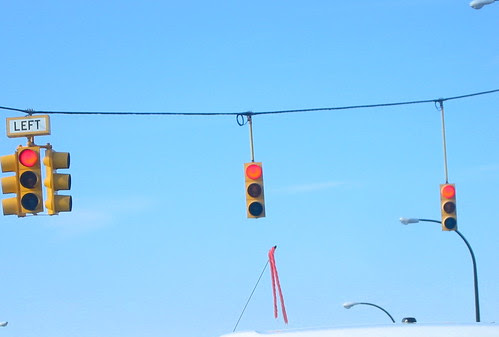 Leafing the pages of Adam Zagajewski’s Another Beauty, prose scratchings. It’s the tiniest paragraphs that I love most, the frail indices of a half-glimpse, a gesture nearly thwart’d. There, in the limn’d detail—tracery opposing the inveterate blocks of solider argument surrounding—is where I turn first. Blood drops on a trowel blade, finger nick’d whilst gardening. Cauterizing brilliance against the smear of the everyday.

“A certain traveler who knew many continents was asked what he found most remarkable of all. He replied: the ubiquity of sparrows.”

Michel de Certeau: “I mean by ‘myth’ a fragmented discourse which is articulated on the heterogeneous practices of a society and which also articulates them symbolically. In modern Western culture, it is no longer a discourse that plays this role, but rather a transport, in other words a practice: writing. The origin is no longer what is narrated, but rather the multiform and murmuring activity of producing a text and producing society as a text. ‘Progress’ is scriptural in type.” Discourse: “running to and fro,” nicking the turf of the field of activity. Somewhere in the redoubtable mire of the etymology, back behind the French courir, is corse, not unrelated to scorse, to exchange, to barter, “to corse horses,” a brokery, a horse-jobber: Italian’s got both cozzonare and scozzonare ‘to coarce or trucke horses with a horse-coarcer’ (Florio).” Transport: a carrying off, a carrying across. Beyond mere potting about, discoursing, the figure of glib liberty, nonchalance, unweight’d by anything. Writing as transport makes of it a guardianship, a keeping, against the thief of speech. It mimics the activity of metaphor making (its carrying). See Puttenham’s lovely “To call the top of a tree, or of a hill, the crowne of a tree or of a hill: for in deede crowne is the highest ornament of a Princes head, made like a close garland, or els the top of a mans head, where the haire windes about, and because such terme is not applyed naturally to a tree, or to a hill, but is transported from a mans head to a hill or tree, therefore it is called by metaphore, or the figure of transport.”

Sparrows—how Luis Omar Salinas somewhere call’d sparrows “the little brown philosophers of the treetops.” Crowning drab noisy expenditures with stateliness. That “multiform and murmuring activity” of a text of sparrows.

So I jam, replicatingly. Another smeary dollop of The Middle Room down’d hier soir, sitting in the hallway of a “middle school.” Thinking about the activity of “keeping a journal,” of “writing stream of consciousness.” How I resist the mad pursuit, tempering everything with the magical light-box organ-machine, the Mac. (I suffer an undignify’d, yea, execrable “hand.”) I like a sentence to please, and refuse to advance before it does, (please). Or is “jamming,” my ambivalent (omnidirectional, to and fro) flailing, a form of “writing stream of consciousness.”

Zagajewski: “A writer who keeps a personal diary uses it to record what he knows. In his poems or stories he sets down what he doesn’t know.”