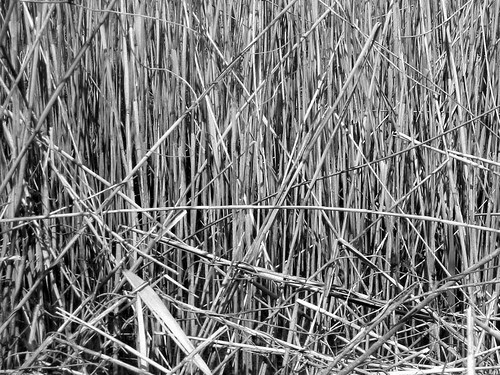 “In the American Marsh”

Little gashes in the fundament. Trying to think why, if Ron Silliman is going at a goodly dizaine or so books simultaneously, there’s so little evidence of it. Little relating, putting one jumpy inevitable under the tent of (or next to) another. My books constantly trash-talk one another, or, better, one’ll begin a sort of auto-boosterism campaign, like a magnet. End up aligning all the others to itself: rose in the dusty filings. And I think, Silliman’s strict compartmentalism is the culprit: fluidity’s rampant exchange (the wave-beach merger, that water-sand turbulent boundarylessness, to put it as messily as possible) is foreign to that project. (Fibonacci sequence or no, the smeary verb of “nature”—its rampancy, its coeval grabbing, its omnidirge—remains outside Silliman’s everyday ken.)

And I think, too, of Ange Mlinko’s recent expert observation regarding the paucity (out of distrust) of figurative language—metaphor—amongst the historical avant-garde and its epigones. (One could argue a whole new lineage / connective tissue in U.S. poetry based on direct “plain speech” versus ramp’d up baroqueries and figures. One that’d put, say, Mark Strand and Robert Creeley in the same boat.)

And I think of Jonathan Mayhew’s recent troubling of the term “deep image,” how it fled its Jungian origins with Robert Kelly and Jerome Rothenberg, and ended up in the shaggy man-paws of Robert Bly and the Sixties cohort. Mayhew’s counting of the word “dark” in John Haines’s Winter News and Bly’s Silence in the Snowy Fields is misdirect’d: the emphasis is not on “dark” or “deep” (the confusion between the two is merely the result of Frost’s wholesale invasion of the body poetic), it’s on “image.” Everything circa 1968 or so—that is to say, in my own ripe and scuffling years, sopping it all up—swirl’d around the “image,” a word seemingly interchangeable with “metaphor.” Putting one thing into stunning—upsetting of one’s lassitude, adding to one’s knowing, mostly out of a kind of “genteel surreal,” though with power nonetheless—relation with another—that seem’d the thing, that provided the obligatory dangerous frisson. Surreal, though finally straight out of Pound’s ideogrammatic juxtaposing—faces in a crowd, petals on a bough. Bly begins a poem, “Accountants hover over the earth like helicopters, / Dropping bits of paper engraved with Hegel’s name.” (Out of 1967’s The Light Around the Body.) Those who insist on the ubiquity of the confessional mode in that “era” are reading barely, and not widely. Charles Simic’s immensely influential Dismantling the Silence (1971) proceeds (and instructs) invariably by image: “Thumb, loose tooth of a horse” or “Shoes, secret face of my inner life: / Two gaping toothless mouths, / Two partly decomposed animal skins / Smelling of mice-nests.” James Wright’s “I have wasted my life” says nothing about James Wright and everything about the ineffectuality of us all, stuck in a murderous country in a murderous century. (Obverse side of the coin of “if I stepped out of my body I would break / Into blossom.” There, deludedly or not, everything is possible.)

I think all that and insist: metaphor is no mere décor, no spalling off of isolated (pure, “objectivist”) nominal (or verbal) energy—Dr. Williams didn’t say “No ideas but in one thing”—metaphor is precisely how one “carries” knowledge about, like paper money fold’d against itself, or a book stack’d up against another book: working the dross, the smear, the continuum for relations and sets of relations. Or, as Williams puts it in Paterson (echoing Pound’s “ply over ply,” quoted in Furlani’s Guy Davenport):

a mass of detail
to interrelate on a new ground, difficultly;
an assonance, a homologue
Triple piled
pulling the disparate together to clarify
and compress.

Tolstoy, in a slump, in a letter dated April 8, 1878 (providing Shklovsky’s title): “. . . Everything seems to be ready for the writing—for fulfilling my earthly duty, what’s missing is the urge to believe in myself, the belief in the importance of my task, I’m lacking the energy of delusion . . .” Which captures the helpless besottedness—and gruff duty—of the damn’d racket of writing anything of worth in this world to a T. For what? So “some day some enterprising grad student [can] comb through Ketjak and identify just how many sentences there were lifted directly from Quine”? (See Silliman’s unbelievably presumptuous self-identifying—a species of “heroic” (or foolish) self-canonizing—of Ketjak with “Ulysses, The Cantos or Finnegans Wake.”) Oh happy day.

Shklovsky: “How nothing in literature begins from a beginning. Rather it’s a collection of various inveterate situations that have a variety of their own epxositions and denouments.” (He talks of the wind, and a sail—a kind of metaphor for that “helpless besottedness” of wind, and writing, and reading too many books simultaneously):

When the sail bends against the wind, it seems that it’s lost.
It’s not. It’s catching the wind and redirecting it along its own path.

And later Shklovsky says: “I am trying to show that the immortality of art lies in correlations.” 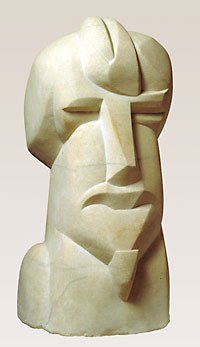