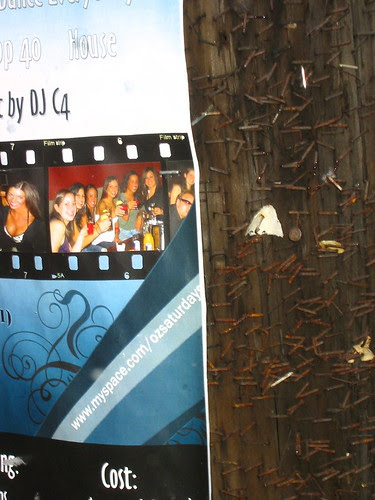 To re-configure Pound: “And then went down with the ship”—meaning, Friday night in a bibulous quandary, one snuck off with Bill Luoma’s Works & Days (Hard Press / The Figures, 1998) and so avoid’d Danube “for the nonce.” Ben Friedlander’s right (blurbing) to point to Joe Brainard’s “naïve and winning” style in Luoma’s “arsenal”—and now it’s got me wondering about one of my recent “tirades” against what I call’d something like the dumb’d-down style, that prehensile baby-talk way in recent “American letters” of gabbing at (and grabbing at) everything, thinking to myself—“jeez, act like an adult, for christ’s sake, the darkness surrounds us” so often lately. Stall’d out immaturity, the least attractive quality of the U.S. citoyen, that, and aggressive, belligerent know-nothingism.

Still, I enjoy’d large chunks of Luoma’s book, the naïvety temper’d by both a seeping tangible love for ’s sidekicks, “everybody’s dopey autobiography” (and Stein, Gertrude, it suddenly occurs to me, is likely one of the bigger stiffs in that goo-goo lineage) and by the evidence (in Luoma) of uncommon particulars—jargons private and public—making the knowledge bank creditable, that is, rich. (In Luoma, the lore and lingo of baseball, and, in one piece, one of the strongest, titled “12 Peanuts & an Easton,” the mysterious inner workings of cars—“we were the ones who owned the funny jeep with a 14-spline transmission shaft.”) (Of course, the other “bank” is poetry and poets—San Diego poets and New York poets of a certain “era”—and gossip, even if rarely a sufficient armature to hang a figure off, is usually a viable way to register a kind of semi-trustworthy décor.) Here’s Luoma looking for replacement spikes:

The search becomes a project of wandering, with allowed rules that let you name things along the way that you’re not searching for. Like the discovery of a new thrift store or the sighting of a person wearing a hat in a neighborhood you’ve never been in. This is the whole kind of lazy philosophy that describes my life. I assert that getting lost is part of it. I embrace the inherent good in it. Fear is transformed into let’s go into that thrift store.

Which is less Guy Debord than the kind of boy who’ll invent, even in a jam, a new game with a ball, or a rock and a stick, in a patter of continual adjustment to circumstance and ennui-levels. Or girl with a horse. Akin to Henri Matisse (something I just stump’d my toe against, in Hilary Spurling’s newish biography): “To sum up, I work without a theory. I am aware primarily of the forces involved, and find myself driven forward by an idea which I can really only grasp little by little as it grows with the picture.” Not unlike the tiny knee-squats, pivots and foot-adjustments of, say, a shortstop, caught up in the trick of remaining hyper-alert and hyper-relax’d simultaneously.

Poetry reading (and other) dynamics—likely some I am not identifying—in Luoma’s “Illegal Park,” Luoma responding (in part) to the complaint “it’s hard to read after me because my work is so ironic.” (“Western Love” here is a Luoma poem, though not one found in Works & Days):

I laughed during it in response to her I want to be funny. I say her testimony is terrifying I love that. Why do you want to be funny? It’s a dumb question because I want to be terrifying and I’m still mad about the ironic comment and o irony is certainly not terrifying I say. Western Love is about passion and passion is often not very funny and is only ironic to Alanis Morissette. Passion is also terrifying because it’s everything, all at once and forever. Moreso I say the humor is a trick just as it’s a trick that I appear calm next to Douglass.

Passion as “everything, all at once and forever” rhymes with something Magris (in the retrieved Danube) reports concerning the Hungarian Count Mihaly Károlyi von Nagykaroly, who late in a life of exile had to sell ’s raincoat in order to pay the grocer’s bill. Magris says, talking about how history “comes into existence a little later, when it is already past”:

Speaking of the capitulation of Bulgaria, an event decisive to the outcome of the First World War and therefore to the end of a civilization, Count Károlyi writes that while he was living through it he did not realize its importance, because “at that moment, ‘that moment’ had not yet become ‘that moment’”. . . In the pure present the only dimension, however, in which we live, there is no history . . . As Zeno denied the movement of an arrow shot from a bow, because at each single instant it was stationary at some point in space, and a succession of immobile instants cannot constitute motion, so we might say that it is not the succession of these moments-without-history which creates history, but rather the correlation and additions brought to them by the writing of history.

Is the “shift” of the postmodern the making of “that moment” simultaneous to its historical version—that is, a kind of instant mediation through “writing”? (And irony rushing in to fill the gap whence the terrifying overwhelm of a presence unmediated just left?) No more going down “with” the ship, that impassion’d suck of the present, except in boffo camaraderie, all sidelong knowing glance: “humor is a trick.” 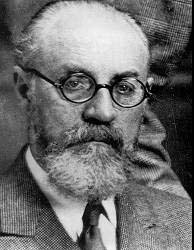 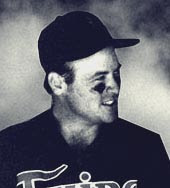