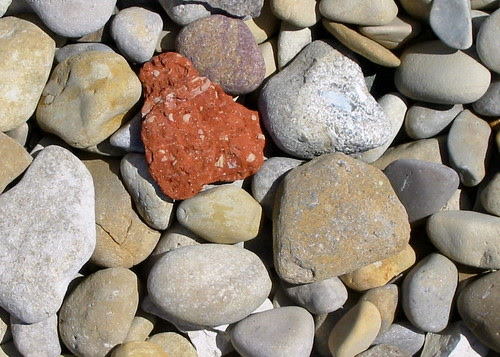 “The Austrian phrase dear to the heart of Musil, “es ist passiert,” it just happened like that, some unexpected perfect contact between the spirit and the world, a hand that writes words as another might absently draw in the sand or on a sheet of paper, all without wishing to take out a patent or assure himself of exclusive rights to the sketch.” So Claudio Magris in Danube. He’s talking of the jottings of one Marianne von Willemer née Jung, whose stray lyrics in correspondence with Goethe ended up amongst the poems of Goethe’s West-östlicher Divan, a reworking of Hafiz’s Persian. (A story of a girl, a sixteen year old ballerina, emerging dressed as Harlequin out of a giant egg, bought for “two hundred gold florins and an annual pension” for the mother by the Prussian banker von Willemer; subsequent Pygmalionesquerade wherein she “learnt polite behaviour, French, Latin, Italian, drawing and singing.” Magris (rather enigmatically): “After fourteen years of living together Willemer thought it a good thing to marry her, as he was concerned at the appearance of Goethe over their tranquil horizon.”) Magris is seemingly less concern’d about the thievery of Goethe (though he notes the “malpractice,” calling it “a typical and perhaps extreme case of a man appropriating the work of a woman”) than he is astonish’d by how “Marianne” wrote “a mere handful of poems, which are among the masterpieces of lyric poetry the world over, and then wrote nothing else ever again.” “Est ist passiert.” It’s the “supra-personal quality of poetry, that mysterious conjunction and coincidence of elements” that Magris frets. That sense that poetry is not only hors de commerce, but answerable to naught, inextricable, wholly ungainsayable in its purity, fickle, gratuitous, and abrupt. Magris: “. . . those poems of hers that appeared under the name of another person speak of the futility of every name printed at the foot of a page or on the cover of a book of poems, for poetry, like the air and the passing seasons, belongs to no one, not even to its author.” And, later, lamenting Marianne von Willemer’s absence of “place”—beyond, say, a skimping footnote in a critical edition—in literary history: “Literature is a maintenance system: it is not content with a few sublime lines, but needs a production mechanism—it matters little whether of great pages or banal ones—with which to construct its distribution network, its cycle of editions, reviews, theses, debates, prizes, schoolbooks, lectures.”

“Es ist passiert.” I recall the delight with which A. R. Ammons’d repeat Richard Hugo’s line—“Archie, how’d you end up in this racket?” Ammons loved that particular way of labeling “literature,” or the version of it practiced in tony U.S. universities in the late ’seventies. “Racket.” Or was it “fuckin’ racket”? All the social manifest and usufruct and peck-order that buoys up the froth of literature. I recall feeling its expectant insidious gnawing myself, its regulator-stocks and hoops almost immediately, once having “shared” some small parcel of my angel-salvaged (or pilfer’d) loot publicly. For surely, that “racket” begins outside the precincts that eventually consume it, in some authentic communing irrepressible, some unfinagled smooch and romp with godlets—if not, one’s got no reason to hoe the interminable row. (And some drop out, some can the bewiggery of it all, drink mightily for two decades to appease the witless thirst for a purity without the trappings.) Admit it: isn’t the best moment in any poem there where one drops all pretense of control without even knowing it, quits skirting the impenetrable “construct,” sunders one’s bargain with the mores of authenticity, and rips. And in the inexplicables of the aftermath, one’s gone stupid, a moron of the word: “es ist passiert.”

Magris’s attractive notion that water itself—“that flow, that flux of colour in the waters and in all things else”—is “the secret source of all authentic baroque.” Unending benevolent spray of fountains.

Writing against privation, the void, monstrous total alienation and doubt. Magris: “Writing may not really be able to give a voice to utter desolation, to the nullity of life, to those moments when it is simply a void, privation and horror. The mere fact of writing in some way fills that void, gives it form, makes the horror of it communicable and therefore, even if nominally, triumphs over it.” (And immediately the mockery arrives, the “racket” keeping its house in order: “Miss Stein’s not interested in formless nullity, or doubt.”) (I am remind’d, too, of Walker Percy’s degrees of alienation: the man in the subway reading about a man in the subway’s alienation is no longer wholly alienated, no longer so alienated as the man not reading about ’s double’s alienation . . .)

Johannes Kepler: “I know that you like Nothing, not because of its minimal value, but because one can play with it in a light, witty way, like a garrulous sparrow, and I therefore think that a gift will be more welcome to you and more appreciated the more it approaches to zero.” In 1611, Kepler sends friend and protector Johannes Matthäus Wackher von Wackenfels a short treatise call’d Strena, seu, De Nive Sexangula, (Étrenne, or, Concerning the Six-sided Snowflake) beginning with these words; in it, he inquires—with half irony, half rigor—why falling snow invariably condenses into six-pointed stars. “A mathematician, writes Kepler . . . , has nothing and obtains nothing . . . he circumscribes nothing with the round sign of the zero; he knows only signs, not things. It is therefore fitting that he should turn his thoughts to the snow, which melts to nothing and which in Latin (nix) sounds so like the word for nothing, Nichts.” And no mention of Wallace Stevens—he who “beholds / Nichts that is not there and the nix that is”—in the vicinity, no sign the insurance man might’ve read poor replaceable Kepler, who “abhorred the infinite, which for him was chaos.”

The story of one Ferdinand Thrän, neo-Gothic architect, author of a guide to the cathedral at Ulm (begun in 1377, completed in 1890, with the tallest steeple in the world), the cathedral he nearly wreck’d in restoring due to “his obstinate belief in a ‘law’ about arches, which he was convinced he had discovered.” Thrän, too, a kind of specialist in “discourtesies, as is shown by the scrupulous File of Rudenesses Reeived which he kept for years and which lies, unpublished and unknown, in a box put away in a cupboard in the cathedral.” Magris: “If genuine writing is born form the desire to account for the copious inconvenience of living, then . . . Literature here is accountancy, the ledger of profit and loss, the balance sheet of an inevitable deficit. But the orderliness of the register, the precision and completeness of the records, may give a pleasure that compensates for the repulsiveness for what is actually noted. . . . The master of affronts makes order among them, keeps them under control, becomes master of the disgraceful world and of humiliations undergone.” Which is a recognizable “breed” even in the current precincts of contemporary U.S. letters, I’d say. See, too, B. S. Johnson’s superb comic novel, Christie Malry’s Own Double-Entry (1973).

Morning, the pre-dawn dog-walk completed with a high cranial tilt, scanning the sky for sign of the Orionids, a minor meteor shower occurring seasonally, the result of earth’s trajectory through dust kick’d up by Halley’s comet. There! One faint line shooting out down and away, north of Orion himself! If, as Heraclitus claims, the sun is the width of a man’s foot, my meteor attains a length of seven or eight suns, and declines. Small enough to edge unconvincingly into the brainbox as mirage, doubt lending credence to its possible mere subpalpebral incidence. No. Doubt no morning sense. “Es ist passiert.”